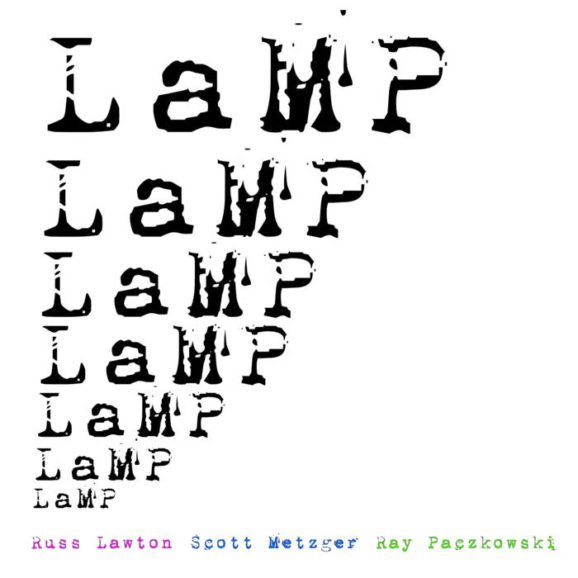 With its debut self-titled album, LaMP does justice to the musical pedigree of its members. Russ Lawton has long drummed in the Trey Anastasio Band, that is when he is not teaching or touring/recording as the duo Soule Monde with keyboardist Ray Paczkowski. The latter is a linchpin of TAB himself, but also co-founder and continuing collaborator in space funk trio Vorcza (with drummer Gabe Jarrett and bassist Robinson Morse). For his part, Scott Metzger has become something of a ‘most valuable player’ in recent years: besides leading his own group, Wolf, the guitarist has participated in projects with Robert Walter’s 20th Congress. Joe Russo’s Almost Dead and Circles Around the Sun.

Anyone who (rightly) thought Soule Monde made a sound too dense to allow for another musician will be pleasantly surprised and gratified to hear this album. And those music lovers familiar with the equally danceable and cerebral sounds of the duo’s work will no doubt find this project a natural, perhaps even an inevitable progression. There’s no sense of any of the three forcing issues of solos, turnarounds or transitions. In fact, as with the single live performance of LaMP (in December of 2018 at Nectar’s in Burlington VT), guitarist Scott Metzger insinuates himself into the mix with confidence and style on “Hit Return,” then proceeds to set the course for this band’s namesake tune. 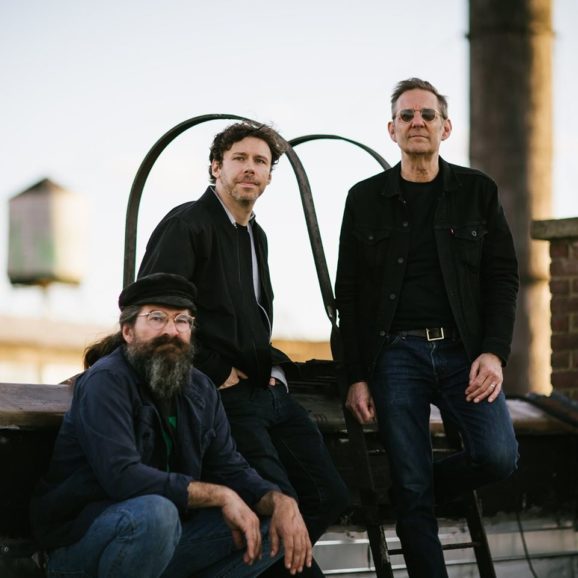 All three members are well-acquainted with the requirements of supporting roles, but the fluency of their own group dynamic is nonetheless impressive as none are reticent to take the lead. The earthy substance of  “Someday” belies its brevity, as do the other six numbers that comprise the roughly half-hour total duration of the album. And while the sharp, sweet takes in the early going, three-to-four minute tracks like “Out of Curiosity,” amplify the economy of the LaMP sound, there is nevertheless not a note or beat wasted when the band stretches out, so the album whets the appetite for more even as it fully satisfies on its own terms.

That said, none of this may is innovative in and of itself. Still, as demonstrated via the predominant organ on the latter track, the group has readily discernible roots upon which they build. Hammond B3 master Jimmy Smith, for instance, would be proud of what Paczkowski’s done to honor the legacy of that keyboard’s concept and usage, but the iconic musician would also admire how the Vermonter colors the sound here with multiple instruments such as the clavinet. Then there is the deft means by which New York guitarist promotes the ebb and flow of this all-instrumental approach. The resulting restraint and self-discipline in evidence on “Shuffle” only highlights how sure and steady is Lawton’s’ drumming, especially as the tempo changes.

On “Q Tip,” his navigation around his kit mirrors the pulse in his long-time partner’s playing. Which, in turn, is virtually as clear as the means by which Metzger reflects the melodic threads from the various keyboards. The song ideas that coalesced from exchanges between the three prior to the two and a half days of recording lend themselves to extended improv precisely because LaMP, instinctively knowing the changes as well as their partners’ own instrumental predilections, can move in any number of different directions with any given tune. And bereft of any self-consciousness about their interactions, the spontaneity becomes a crucial factor.

One of the longer cuts on the eponymous album, the latter is worth hearing almost as much for the collective comping as any of the instrumental spotlights. And the same is true during the relaxed proceedings titled “Ramblin’,” where the full and deep audio quality is a virtue in and of itself: as initially captured by recordist Roger Stauss at Sugarhouse Soundworks in Burlington, VT, then mixed by Chris Connors at Concrete Sound in Brooklyn, the music begs to be turned up loud so that, for either headphones or the chosen room, the layers of sound become fully manifest.

If there were any doubts about the validity of the LaMP partnership, they dissipated in a flash during their sole aforementioned live performance. But capturing lightning in a bottle is one thing and the temptation to overthink for the studio can be the bane of improvisational music. Fortunately, Lawton, Paczkowski and Metzger were able to sidestep that faux pas and accurately capture the integral honesty of their relationship. Regardless of the volume at which the LP’s played, that virtue it resounds throughout the well-crafted result of their work.