9 Trilogies to Revisit While Social Distancing: ‘Lord of the Rings’, ‘Mad Max’, ‘The Godfather’ and More

Even though most states are beginning the process of reopening their economies in the wake of COVID-19, the vast majority of citizens have said that they intend to keep up with social distancing practices for the time being. With nearly two months of self-quarantining already under our belts, the search for distraction remains a priority.

Which makes now a great time to either catch up with or revisit classic movies. While previously most people would scoff at the notion of sitting through an entire trilogy of movies in either a single or several sessions, in the days of streaming and binge watching it really isn’t that much of a leap from watching 10 episodes of 30 Rock for the eighteenth time to revisiting classic trilogies.

There’s a lot to be gained from a trilogy, after all, even beyond story. A trilogy is a fantastic way to gauge a director’s evolution or even just to see how a director engages with the same themes differently over the course of several years. Over the past couple of months, we’ve revisited some of our favorite trilogies of all time and have selected some of the best to watch if you’re planning on continuing social distancing.

In the Mouth of Madness 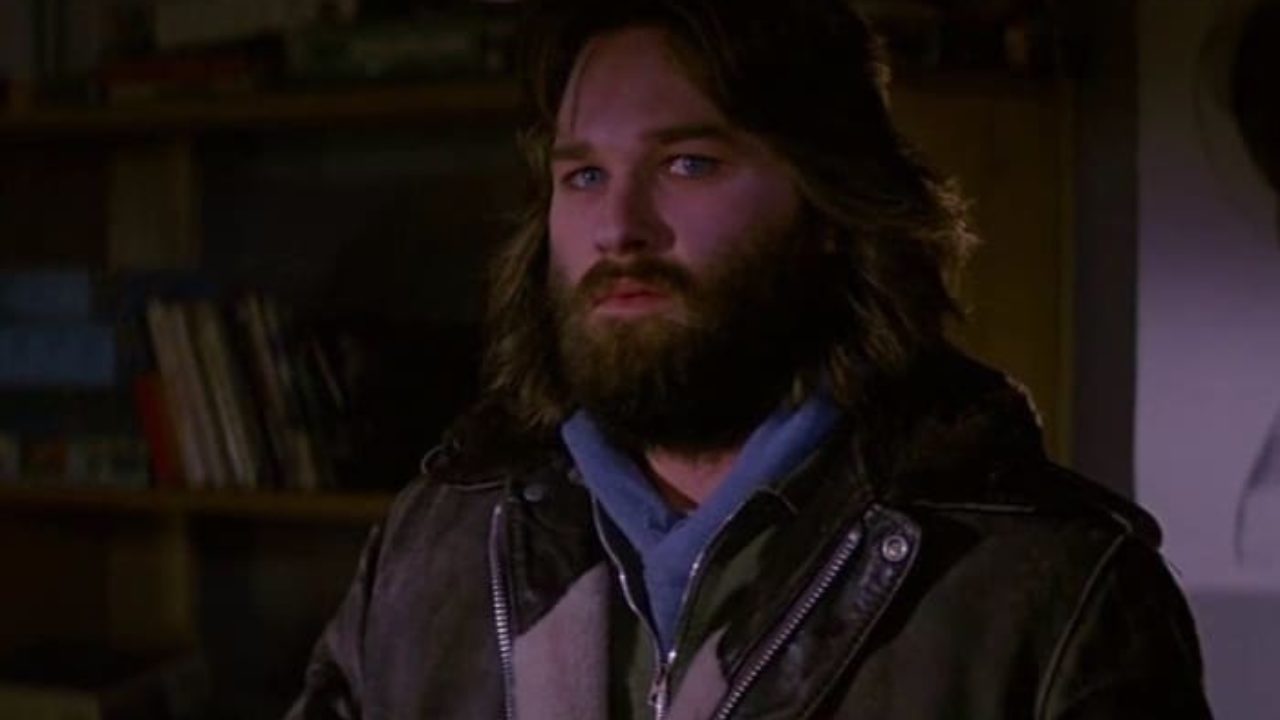 All three of these John Carpenter films are classics in their own right, but what a lot of audiences may not realize is that Carpenter himself considers these three movies as part of a larger, thematic trilogy centered on the end of the world. Otherwise unconnected, Carpenter does manage to work out a lot of angst regarding several apocalyptic scenarios—alien invasion, Satanic birth, and the awakening of old gods—in three stunning films that stand out as some of the best of the director’s storied career. As much love as The Thing gets across all circles of the internet, the second two entries, especially In the Mouth of Madness (Carpenter’s homage to the works of H.P. Lovecraft), stand out as brilliant showcases of the director’s aesthetic evolution over the years in addition to being among the best horror movies ever made. All told, The Apocalypse Trilogy stands out as one of the best thematic trilogies in film’s modern era. 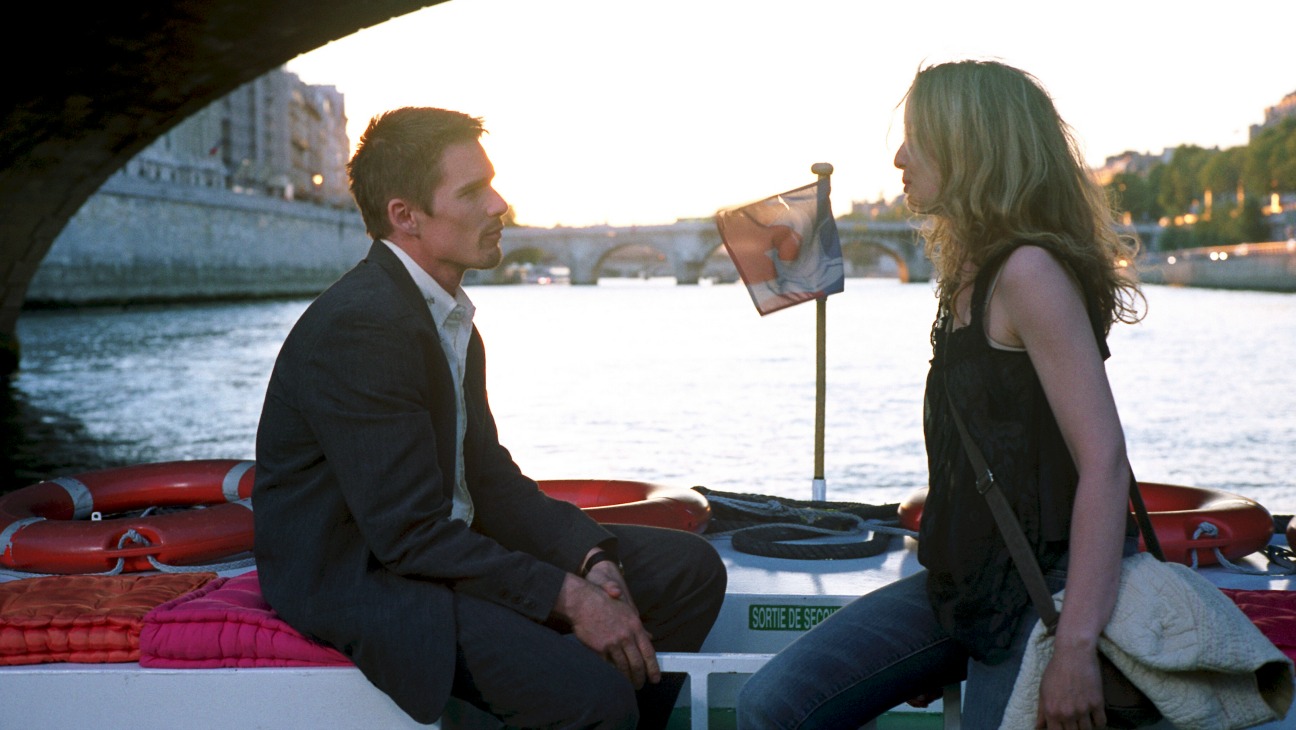 Though lacking the epic scale that many people think of when they think of trilogies, Richard Linklater’s Before Trilogy is easily one of the greatest trilogies of all time. Beginning with 1995’s Before Sunset, Linklater engages in a beautiful meditation on the changing nature of love and attraction as the years roll on, ultimately becoming a powerful ode to the Gen X consciousness. Co-starring (and, later, co-written by) Ethan Hawke and Julie Delpy, as Jesse and Céline, the series follows the pair of lovers at different stages of their lives. Filmed nine years apart, the trio manages to capture the pains and beauties of growing up and getting old together. The films remain the ultimate distillation of Linklater’s aimless talking series of films, which began with his debut, Slacker, and are some of the realest, most powerful depictions of the realities of love ever made.

Shaun of the Dead 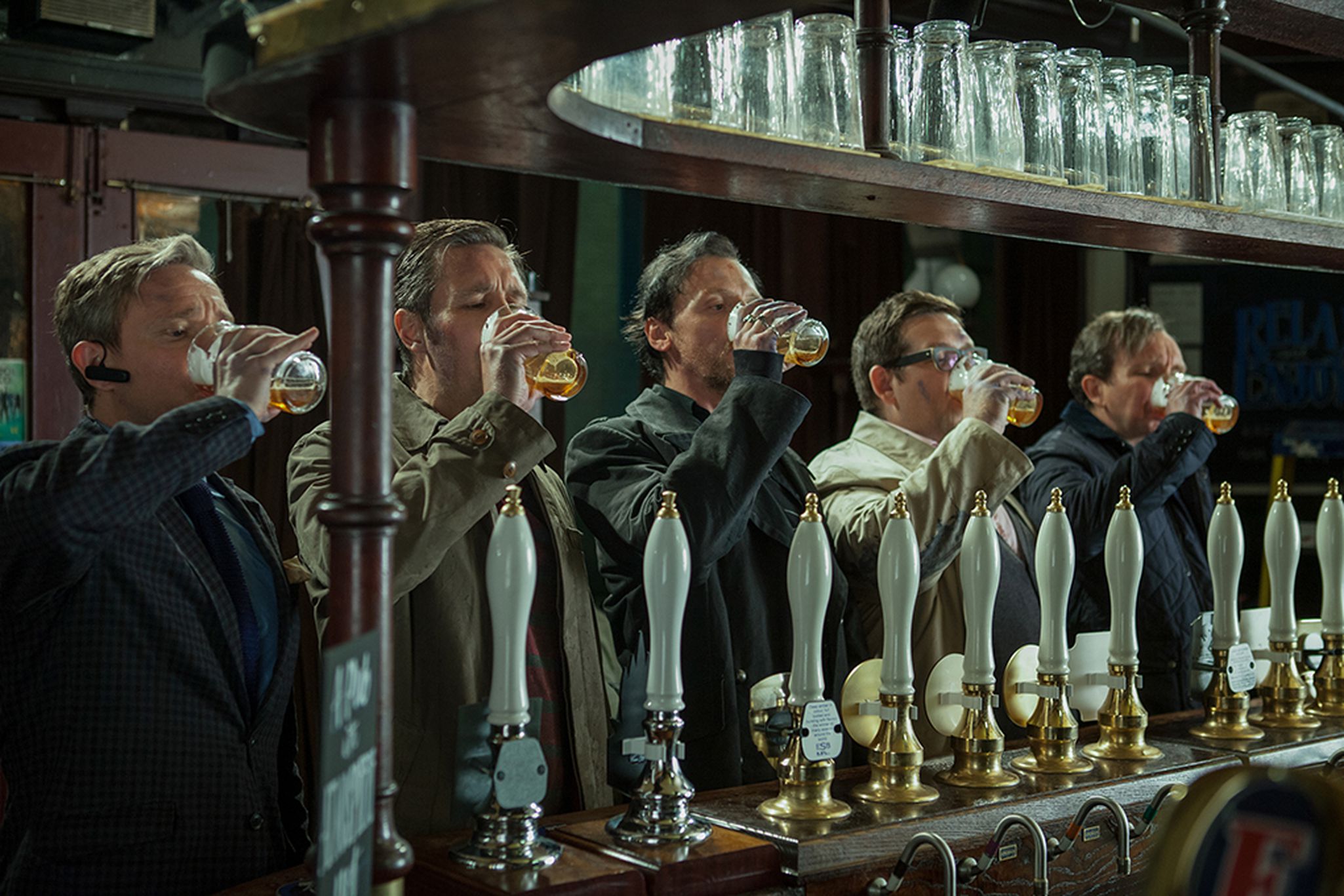 Like the Apocalypse Trilogy, Edgar Wright’s Three Flavours Cornetto Trilogy are connected not by story but by theme. Wright and co-writer/star, Simon Pegg, flex their comedic muscles by offering hilarious riffs on popular genres—zombie horror, police drama, and sci-fi—and deconstructing them to fit them into their unique comic stylings. Ostensibly send ups of the genres, each film, in its own way, becomes something of a perfect example of the type of film it pays homage to in addition to being some of the funniest films produced so far this century. Each film in this thematic trilogy is hilarious in their own right but, taken together, we begin to see Wright’s perspective as both a writer and maker of film. He is a man who can take on almost any genre and impart upon it his own unique eye and captivating sensibilities. 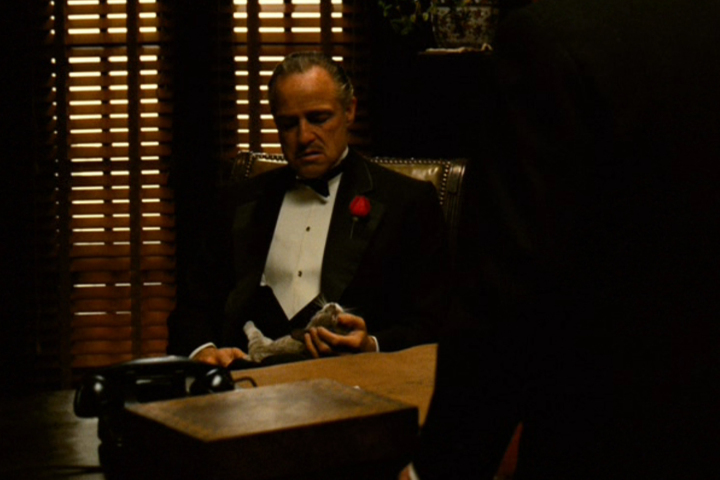 How long has it been since you sat down with these Francis Ford Coppola classics? Featuring two of the greatest movies of all time, this is a series that transcends era and speaks to the forces that drive the American spirit perhaps better than any film before or since. Even the much-derided final installment is well worth the watch, if only for the final sequence and anti-climactic denouement of patriarch Michael Corleone’s (Al Pacino, in a career defining role) whole life. This is the series that redefined the concept of the American Epic as it explores the rise and fall of the Corleone family over several decades. No doubt you’ve already watched all of these film multiple times but, with all these extra hours on our hands these days, you’ll have no better time than now to revisit these classics of American cinema.

Lord of the Rings

The Fellowship of the Ring

The Return of the King 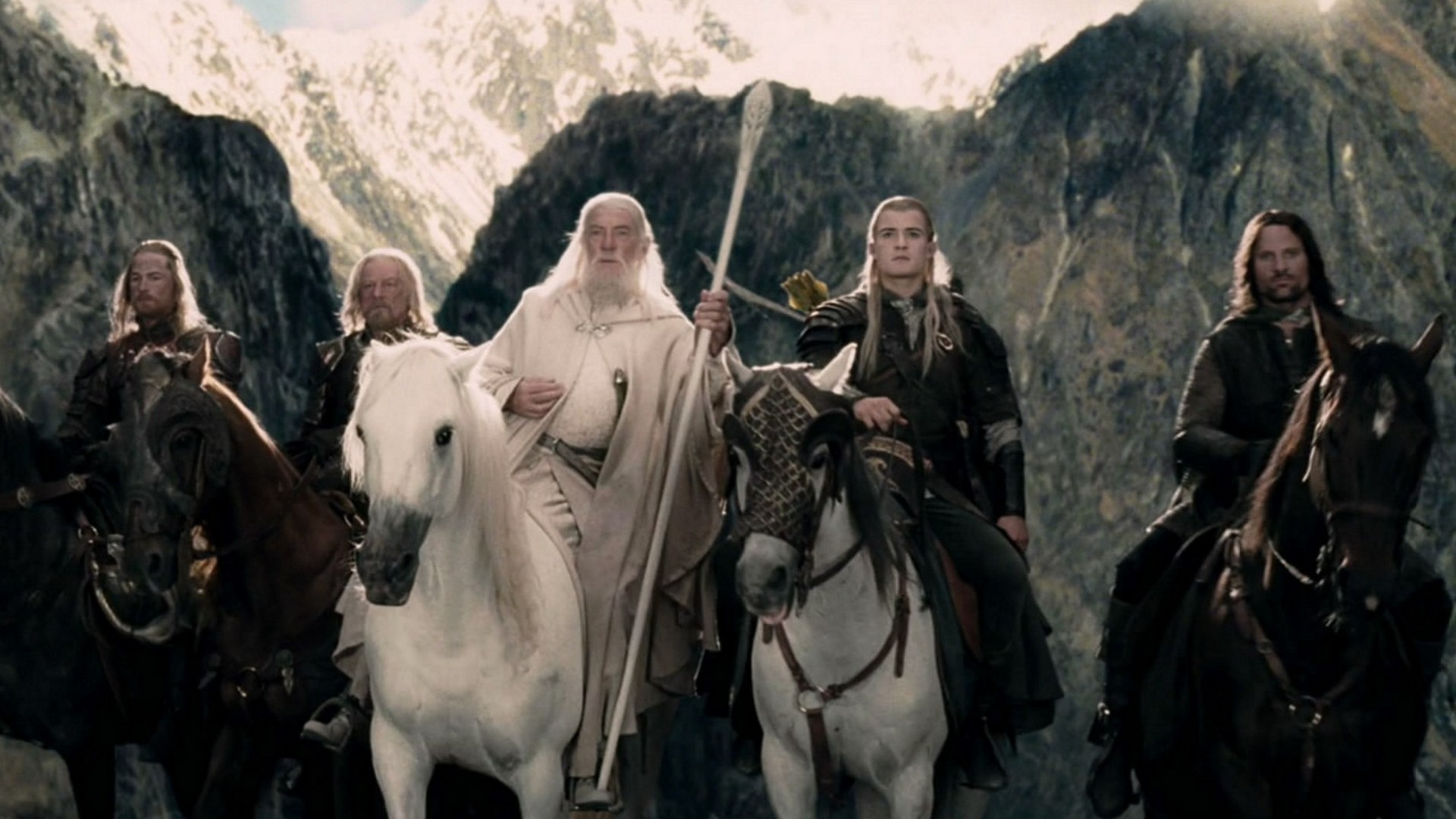 Forget about the epic vision of director Peter Jackson, who managed to do the seemingly impossible by bringing writer J.R.R. Tolkien’s legendary story to life. Sometimes, it’s just good to be reminded that no matter what troubles might be brewing in your world at that moment and no matter how dark things seems, sometimes all you need is a small group of determined individuals to come together in order to make a massive difference. The themes explored by Tolkien, and later Jackson, resonate through the ages, whether it be through the experience of two world wars in Tolkien’s case or the post-9/11 world in Jackson’s case or a world of political dissension and deadly viruses in our case. It’s like Gandalf says, “There are other forces at work in this world, Frodo, besides the will of evil.” It’s in our darkest times when we tend to shine the brightest, and these films are a powerful reminder of that fact.

Mad Max Beyond the Thunderdome

While all the modern focus on Mad Max tends be on Fury Road, George Miller’s post-apocalyptic creation goes much, much deeper than the 2015 extravaganza that rejuvenated the franchise. The first three entries stand as testaments to world building and creativity as well as the technical prowess of their director. There’s something magical about watching the deterioration of Miller’s world; the first entry still features television and radios, with many of the citizens still holding onto the vestiges of society as the world around them collapses. Each subsequent film takes us deeper into the apocalypse until the world of the film is barely recognizable as our own. As an added bonus, after you watch this trilogy you have an excuse to revisit Fury Road.

The Man with No Name Trilogy

A Fistful of Dollars

For a Few Dollars More

The Good, the Bad, and the Ugly 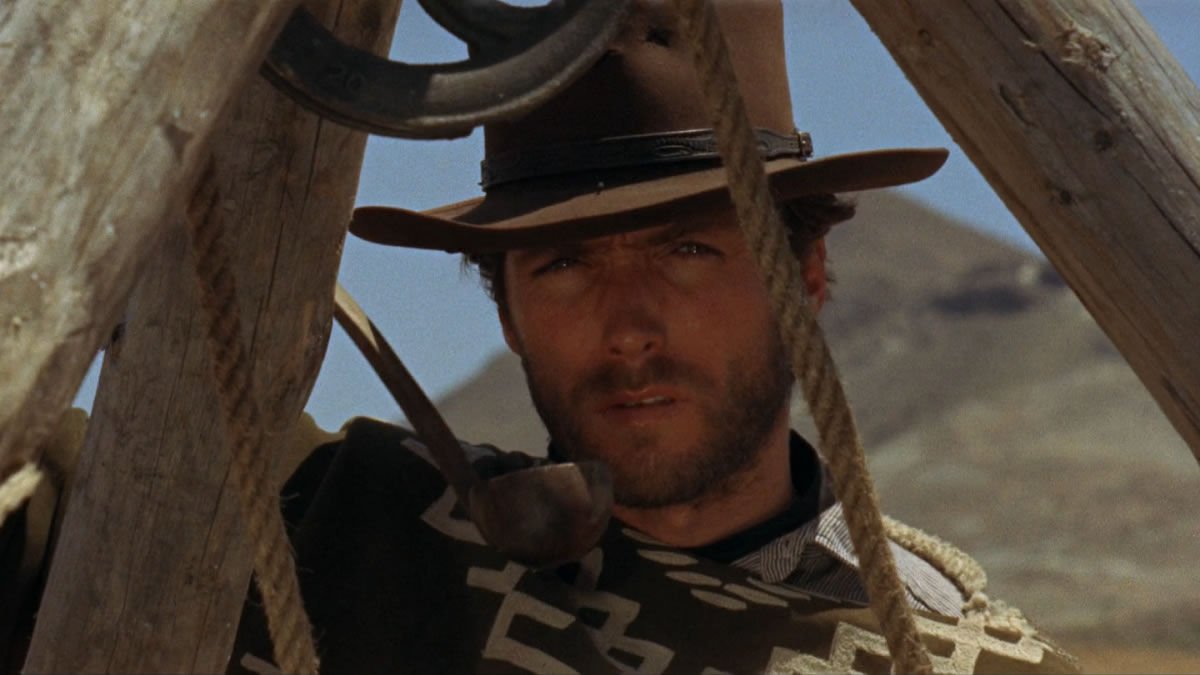 It’s hard to believe that Sergio Leone directed only 7 movies over his life, and it’s almost harder to believe that three of them were these. Riding high on the trend of the Spaghetti Western, Leone ended up redefining the concept with this trilogy of films that also solidified Clint Eastwood as the certified badass of the genre. Hyperviolent and with a no holds barred energy, the Man with No Name Trilogy serves as the gold standard for the genre today. Gone were the idealized tales of good and evil from the era of John Wayne, this was a gritty envisioning of the wild west where no character was completely good or completely bad and where violence reigned supreme. It’s a terrifying and awe-inspiring view of the genre that still serves as a touchpoint for westerns to this day.

Once Upon A Time in Mexico 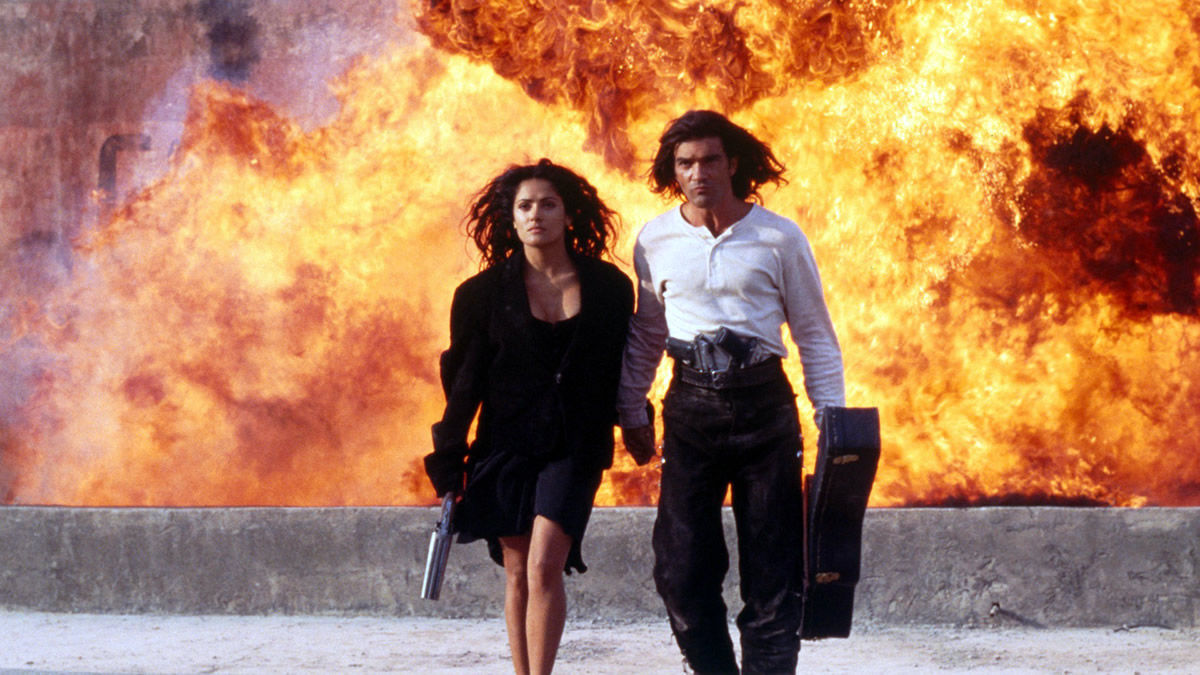 Visionary director Robert Rodriguez set the world aflame with his audacious debut, El Mariachi. Filmed on a microbudget funded by Rodriguez’s participation in medical studies, the film established him as a storyteller of remarkable skill and promise, which he has largely lived up to. While each film in this trilogy is remarkably different from the less, Rodriguez imbues his trilogy with a singular style that is captivating and thrilling. Even the final entry, 2003’s Once Upon A Time in Mexico, while messy, exudes a stylistic cool that provides non-stop action that you just can’t help but be mesmerized by.

Koyaanisqatsi: Life Out of Balance 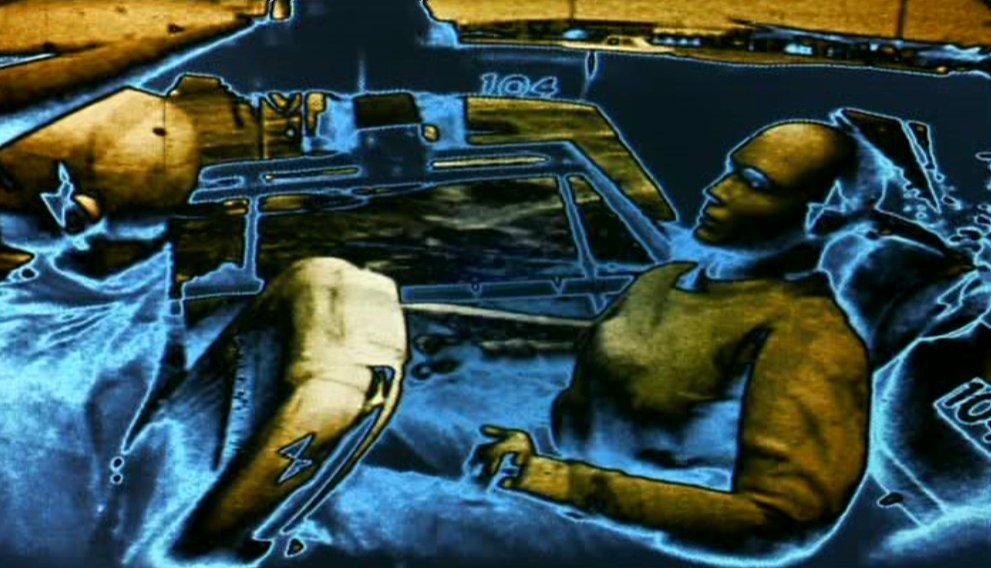 Probably the most well-known experimental films of all time, The Qatsi Trilogy is an experience unlike anything you’ve ever had. Godfrey Reggio’s series is part documentary, part thesis on environmentalism, part cinematic collage, part warning, and part anthropological examination. Using time lapse photography and clever editing, Reggio weaves together a history of the world and of humanity while examining the impacts that society has on our home and on ourselves. Couple that with three incredible scores by composer Philip Glass and you’ve got a perfect deconstruction of experiential cinema that proves that film need not be constrained by the limits of narrative forms in order to be emotionally effective.