‘The High Note’ Charms Despite Its Faults (FILM REVIEW)

It’s hard to deny the inherent charms of The High Note, the latest film from director Nisha Ganatra (Late Night). Like her previous film, it’s a movie that armors itself in a saccharine veneer that, for the most part, distracts from flaws that otherwise might be glaring and unforgiveable. There’s a part of me—a big part of me—that aches to hate this movie for its sweetness but, on reflection, the simple allure of The High Note ultimately outshines the negative. But only just.

Coming largely from the world of television, it’s easy to see where Ganatra feels comfortable with films that relish in the safe, easy conclusions that feel tailor made for sit-com hell. The script, from newcomer Flora Greeson, is certainly that. There’s no small amount of wish fulfillment that runs through her screenplay, which culminates into an eyerolling climax that doesn’t so much strain credulity as it does object to its existence.

And yet, the first 75% of the film is so utterly endearing that, try though I might to object, I couldn’t help but fall under its casual spell. The High Note is, in a word, cute. One might go so far as to say extremely cute, and it seems to not only know but to embrace this facet of its character. It’s the kind of movie your mom will probably love, and that you’ll be surprised to find that you kind of enjoyed. Important? Not particularly, but it never had any designs to that effect. It is, in the end, just a movie, and it does exactly what it came to do.

Set in the fast-paced, ever changing world of the Los Angeles music scene, The High Note follows Maggie (Dakota Johnson), a lowly personal assistant for an aging diva, Grace Davis (Tracee Ellis Ross), who’s struggling to find her role in today’s  musical climate. Far from being content with her lot in life, Maggie rekindles her childhood dream of producing records after meeting David Cliff (Kelvin Harrison Jr.) and makes a deal to produce his debut album. This decision puts her at odds with Grace and her manager, Jack Robertson (Ice Cube), forcing Maggie to make some tough decisions about who she wants to be.

The High Note shines on the performances of Johnson and Ross, both of whom bring their A-games and elevate the predictable, too-sweet script to something rather delightful. While neither character is particularly fleshed out on paper, both actresses bring the necessary spark of life to their roles that helps to create fully actualized and real characters.

Ross, especially, is well-suited as Grace. The actress plays the role with the right mix of aloofness—a result of her character’s existence at the top of the musical hierarchy—and diva exuberance. She contrasts well with Johnson’s girl-with-a-dream innocence and the interplay them is often phenomenal. Ice Cube seems to relish in the opportunity to portray the wheeler and dealer archetype and brings an exciting veracity to his role, which more often than not works as foil to Maggie’s hopes and plans.

Performances aside, the script is a bit standard and predictable. Inasmuch as it does work, it works because of the actors delivering the script and Ganatra’s direction. It’s not hard to see where, in other hands, The High Note would have a total mess. But there’s a commitment from all involved that keeps the film from sinking beneath the weight of its ambitions.

While at times the plot feels a bit contrived and the beats come a bit too conveniently, and, yes, the ending delves a bit too far into pappy sentimentalism, but the collective efforts of Ganatra, Johnson, and Ross make it hard to hold its faults—which are plenty—against it. Even in the script, there’s an earnestness about The High Note that cranks the inherent charms of the simple story up a few notches and makes it easier, if not to love, to at least enjoy.

The High Note is now available via on demand platforms. 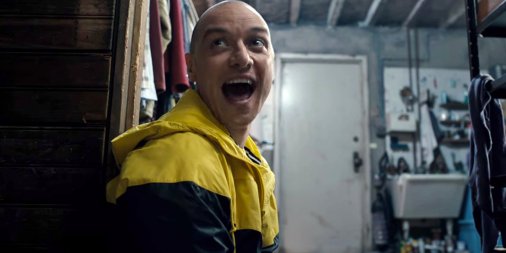