A steady flow of innate charm oozes from Summerland, the feature length debut from writer/director Jessica Swale, casting a spell under which it’s easy to fall. It’s a simple, occasionally predictable spell, but Swale’s magic lends itself to what is ultimately an emotionally poignant, if sometimes schmaltzy, tale of growth and love.

Much of the film’s charm stems from the performance of its star, Gemma Arterton, whose experience with theatrical roles meshes well with Swale’s experience as a playwright and director. Here, Arterton delivers one of her best cinematic turns, carefully walking the line Swale has laid out. The two make a formidable team, toeing the line between genuine emotion and pure soapy schmaltz without ever losing the core of Swale’s story.

Arterton plays the reclusive Alice, a writer who wants nothing more than to be left alone to complete her work. Her crotchety ways earn her no small bit of notoriety in her small English town; the children call her The Witch and she makes no qualms about living up to their expectations. Complicating things for her are the realities of World War II, which finds London in the midst of the German blitz. Alice soon finds herself thrust into the position of guardian of a young evacuee, Frank (Lucas Bond), forcing her into become the parent she never wanted to be.

The actress seems to relish in her role as the cantankerous writer, performing acts of minor cruelty for her own amusement in revenge against the town for the audacity of their existence. She has her reasons, of course, as we soon learn. Mostly, they stem from her continual heartbreak over the loss of the woman she loved, Vera (Gugu Mbatha-Raw), who left Alice years ago due both to the pressures of maintaining a lesbian relationship pre-WWII and over Alice’s lack of interest in having a family.

Frank, then, represents a growth opportunity for Alice. Arterton plays well with young Bond, and the two forge an unlikely connection that surprises Alice and the rest of her small town. There’s no shortage of sweetness in the story, showing us that bonds can be well formed even amidst the looming cloud of devastation and destruction of the war.

Swale, for her part, mines her characters and their emotions to create a heartfelt story of unlikely love and connection. Even when her script threatens to veer too far into sappy sentimentalism, she manages to balance it with the genuine enough to keep things from toppling over. It’s a tricky walk, no doubt, but Swale proves herself capable of handling the balance well, creating a film that’s as charming as it is funny and emotional.

Summerland represents a strong debut for the new filmmaker and suggests the potential for great things from her in the future, even if this film never quite achieves a solid level of greatness itself. That said, it’s still a very good film, even if the twists and narrative turns it takes are sometimes predictable.

In the end, the film’s innate sweetness and charm win out over whatever faults you might find in the story and its unfolding. The dance between the emotional and schmaltzy is always difficult but Swale manages to find the delicate balance required and, in the process, creates moving and enjoyable film that should make for the perfect quarantine date night movie.

Summerland is now available on demand. 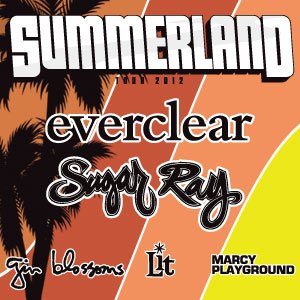