The biggest mistake you could make when settling with The Haunting of Bly Manor is thinking of it as a redux of The Haunting of Hill House. Not that you could necessarily be blamed for making it. It is, after all, ostensibly “the second season” of Netflix’s The Haunting anthology series from creator/writer Mike Flanagan. It even, in the tradition of the modern anthology series, features many of the same cast members. On the surface, I don’t suppose I would fault you for expecting more of the same.

And yet, that would still be a mistake.

Flanagan has never been a director interested in revisiting the same kinds of horror twice. From his break out debut Oculus to his tense thriller Hush to Ouija: Origin of Evil, the horror icon has always endeavored to explore new realms within the genre that he hasn’t previously covered. Even his two adaptations of Stephen King works, Gerald’s Game and Doctor Sleep, couldn’t be further apart thematically.

So it makes little sense that the creator of some of the finest works of pop-horror in recent filmic history would try to recapture the singular magic that was The Haunting of Hill House. That was, frankly, never going to be on the table. As ever, Flanagan is a creator who wants to get his hands into all facets of the genre and explore what he can do in new areas.

While we can’t ignore the similarities between Hill House and Bly Manor—haunted houses, secrets, gothic traditions—those are, at best, skin-deep. Beyond the conceit of ghosts and old houses, each series stands on its own as something unique and wholly singular. The Haunting of Hill House, based on the legendarily influential novel of the same name by Shirley Jackson, takes its cues from the modern concept of the ghost story with plenty of scares and frights laced throughout. The Haunting of Bly Manor, meanwhile, taking the bulk of its story from the 19th century Henry James classic, The Turn of the Screw, remembers that ghost stories don’t necessarily need frights to be effective.

Which isn’t to say that there aren’t any frights. Flanagan is a master of the slow build and release, taking his time to establish the drama of the characters before ramping up the tension and giving us the catharsis of a good scare. But what I am saying is that’s largely not the point this time around. No, if Hill House was a tragic gothic haunted horror, then Bly Manor is a tragic gothic haunted romance. And it works just as beautifully as its spiritual predecessor.

The nine-episode series follows the story of Dani (Victoria Pedretti, who played Nell Crane in Hill House), an American au pair hired by a workaholic London-based businessman, Henry Wingrave (Henry Thomas, another Hill House alum), to care for and teach his orphaned niece and nephew, Flora and Miles (Amelie Bea Smith and Benjamin Evan Ainsworth), at his secluded country estate, Bly Manor. Once there, Dani begins to suspect something amiss with the children, leading us on a twisted and tragic journey exploring all the literal and metaphorical nooks and crannies of the house. The closer she gets to the truth, however, the more haunted she becomes.

The Turn of the Screw may be the biggest influence on The Haunting of Bly Manor but Flanagan pulls themes and moments from across the spectrum of James’s numerous ghost stories, weaving together a tragic and, yes, frightening tapestry of horrors both real and imagined. While the novel itself has been embroiled in a century-long debate as to whether its ghosts are real or imagined by its mentally ill governess, Flanagan gives us a definitive perspective in his retelling. But with Flanagan even straight forward is rarely straight nor forward.

Flanagan of course takes his time getting us there, sending us on a winding path of past and present, fact and fiction, and reality and imagination that skews what we know from one episode to the next. In this way, he does play in the playground of “real or imagined” established by James. But, as he did with Hill House, he also uses that to take us deeper than the original work ever did, sending us off in new and unexpected directions that even well-versed readers could never anticpated.

The result is a horror that’s as wildly different from The Haunting of Hill House as Doctor Sleep was from Oculus. Flanagan’s true genius is his depth of knowledge regarding all the genres and subgenres that makeup what we think of as horror. He not only knows how they work, but why they work. As a result, he’s able to pick and choose bits from all subgenres to craft unique experiences that, above all else, continually subvert our expectations.

One hopes that Netflix allows Flanagan to continue playing in his impressive horror sandbox. He certainly has the chops and know how. There’s no end to what he might be able to accomplish with a continuation of his The Haunting of anthology. And he certainly has an endless depth of sources from which he could pull. Perhaps he could even rework his rumored The Shining prequel Halloran, apparently sidelined after the criminally poor box office returns for Doctor Sleep into The Haunting of Overlook. But no matter he might do next, as long as Netflix continues allowing him a platform, I’m sure it’ll be as different from Bly Manor as it can be. But I’m also certain it would be just as beautiful.

The Haunting of Bly Manor is now available on Netflix. 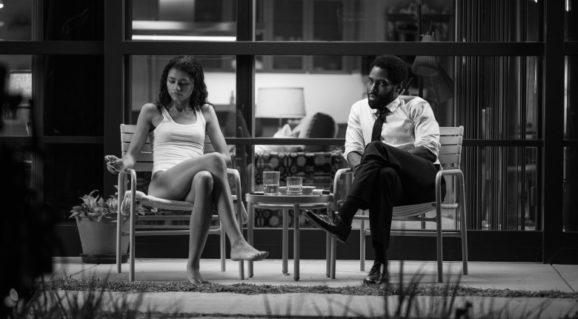