It’s no secret that the pandemic has caused havoc on Hollywood. Aside from the constantly in flux release schedule and the attempts to pivot away from theaters, productions have been shuttered, postponed, rescheduled, and generally have been an exercise in chaos and doubt. Such is the case for Sam Levinson, whose hit HBO series, Euphoria, found itself on hiatus while Hollywood tries to figure itself out.

That’s certainly a lemon if I’ve ever heard one. Euphoria launched to great acclaim from both critics and audiences and its first season is generally held in high regard. The shut down is certainly momentum ruining, and perhaps a lesser artist would have let that derail them. Levinson, however, saw an opportunity and with that tried his hand at making lemonade.

The result is Malcolm & Marie, a film with a necessarily low budget and small crew crafted purely for these uncertain times. Starring John David Washington (BlacKKKlansman) and Zendaya (Euphoria), the film is the latest example of two-people-in-a-room-talking stories that, as an audience member, you either love or hate. (For the record, I love those movies.)

From the outside, those might feel like easy films to make. In reality, they offer a complex tightrope that’s not easy to walk, which is why we don’t see more of them being made. Levinson, who wrote and directed Malcolm & Marie, proves himself mostly up to the task, however, making for a film that, while sometimes slightly uneven, should delight fans of the form.

Washington stars as the titular Malcolm, a filmmaker whose latest film has just premiered to great acclaim—critics are calling him the next Barry Jenkins—and Zendaya stars as Marie, his girlfriend. The two have just gotten home from the film’s premiere and while Malcolm is ready to celebrate his success Marie finds herself swelling with resentments that have gone unspoken for years. Unwittingly, the two find themselves embroiled in a kind of state of the union, examining themselves and their relationship as the spotlight of success prepares to shine.

On pure performances, Washington and Zendaya are both knockouts. They’d have to be, considering that Malcolm & Marie rises and falls on their strengths as both individuals and a collective. That each has the ability is no surprise; Zendaya is a Golden Globe winner while Washington is a Golden Globe nominee. Both performers bring their absolute best to the film, creating characters with intricate inner lives with hopes and fears that get expressed subtextually.

Where the film falters, if it can be said that the film falters at all, is in Levinson’s script. Movies like this need to be as tight as possible, and when Levinson is firing well he’s hitting bullseyes every time. The rhythms of the argument which plays out through Malcolm & Marie’s 100 minutes are generally speaking captivating and genuinely moving. There are times, however, where Levinson’s script veers off into tangents that, while interesting, detract somewhat from the overall narrative.

But it’s important to emphasize here that at no point is Malcolm & Marie ever uninteresting. Annoying at points, sure. Distracting, fine. But never uninteresting. It’s a testament to his strengths as a writer that the film holds so well together. And these are strengths that are matched by his talents as a director.

One of the genuine problems facing films such as these is finding ways to make the film cinematic. Lacking that cinematic edge, the question naturally becomes “why isn’t this just a play?” Levinson, however, has made Malcolm & Marie one of the most visually engaging and cinematically interesting examples of this genre that I can immediately call to mind. His camera work, led by cinematographer Marcell Rev (another Euphoria alum), is enrapturing, allowing us an in on both characters’ inner feelings in equal measures. He truly allows both of his performers their chance to shine, and the result is powerful.

As a hardcore fan of movies such as these, Malcolm & Marie is stunning. I fully respect that many won’t get the same mileage and whether or not you enjoy will depend on whether or not you’ve enjoyed films like it. If they’re your thing, Malcolm & Marie is a powerful meditation on the ups and downs of long term relationships and the airing of grievances they need in order to survive. Where the film falters it’s only slight, and is otherwise and emotional powerhouse. 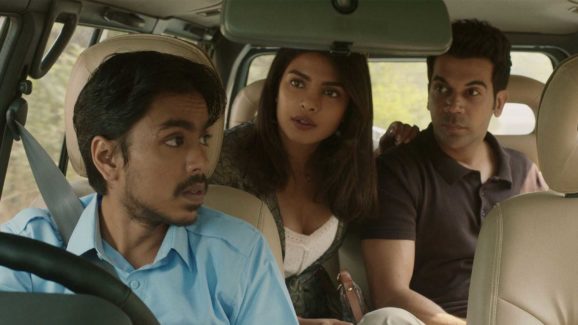