‘Godzilla vs. Kong’ Explores the Age Old Question, ‘Who Would Win in a Fight Between Godzilla and King Kong?’ (FILM REVIEW)

Rating: A+ (when monsters are fighting), C- (everything else)

It’s difficult to judge a movie like Godzilla vs. Kong with any sort of objective framework. Movies like this defy notion and reason and as such defy normal critical theories. They exist absent the rules and standards by which we are trained to view and judge a film. Whether or not they’re “good” in the technical sense pales in comparison to the reasons we all gather to see them: to watch giant monsters punch each other senselessly until one emerges victorious.

From that standpoint, I have nothing but great things to say about Godzilla vs. Kong. Fulfilling the promise of its title, the film most definitely features a massive lizard and a massive gorilla in direct, hand to hand combat, wreaking all manner of havoc and destruction in their paths, and generally delivers on the oaths made by virtue of its existence.

Obnoxiously, however, the film also features a plot and human characters, none of which do much to bolster any interest in the film beyond the promise that King Kong and Godzilla will, in fact, at some point be punching each other. I suppose logic dictates we can’t just have a 90 minute movie featuring these two titans going at it the entire time, which is to say I get the impulse. But, sadly, pretty much anything that has nothing to do with King Kong and Godzilla wrecking each other in glorious battle is, well, kinda stupid and pointless.

The question then becomes one of establishing the basis by which we’re judging the film. We’re here for the monsters, and boy do they ever deliver. And yet, since that’s not the entirety of what we’re given, we’re forced to reconcile that with the pesky plots and lame bits of humanity that are peppered throughout the film and which distract us from the reasons we’re really here.

Of course, we don’t really need a reason for Godzilla and King Kong to face each other. That they each exist is reason enough. Plot and narrative pull are meaningless next to the power of conceit. How will these two meet? Director Adam Wingard (Blair Witch) supplies the reason well enough: the hollow earth concept introduced in Godzilla and Godzilla: King of Monsters is proven true. Godzilla, meanwhile, seems to have turned on humanity and has begun attacking factories owned by the Apex Corporation, who conveniently think we should put a stop to Godzilla’s rampaging. As such, rival corporation Monarch thinks the best solution is to take King Kong to Antarctica, where an entrance leading to the hollow earth might enable King Kong to recharge himself with hollow earth radiation in order to give him the strength to face off against Godzilla.

Which…sure. As far as conceits go, I can buy this. Especially as it’s what the film tells me I need to endure in order to get to the pay off of two giant monsters punching each other. Blessedly, screenwriters Eric Pearson and Max Borenstein understand that nobody here cares about why they’re fighting so long as they fight. As such, the two titans face each other multiple times throughout the movie while the plot, such as it is, plays in the background as the conveyance that takes us from round to round.

As annoying as everything in Godzilla vs. Kong that wasn’t Godzilla or King Kong punching each other kind of was (you’ll be amazed at how easy it is for two teenagers and a podcaster to sneak into ultra-secret military complexes), we get enough of the latter that I ultimately didn’t care. When it comes to monster punching, Godzilla vs. Kong can’t be beat. Fans of both monsters are given their respects, and the battle is never as one sided as the internet might hope. This, I think, is a great thing. It keeps us engaged with the fight as it reaches its final rounds and we can never be too sure who is going to walk away victorious.

But, to be clear, I have something of a soft spot for giant monsters punching each other. I went into Godzilla vs. Kong expecting that as long as a giant lizard and giant gorilla exchanged blows I would be satisfied. I got exactly what I came for and it was fucking amazing. Anyone who might feel as I do will no doubt also be more than pleased by how things develop. That said, anyone looking for emotional nuance, a plot that makes sense, and characters we actually give a damn about? First of all, why are you here? Second of all, this clearly isn’t the film for you.

Godzilla vs. Kong is now playing in theaters and on HBOMax. 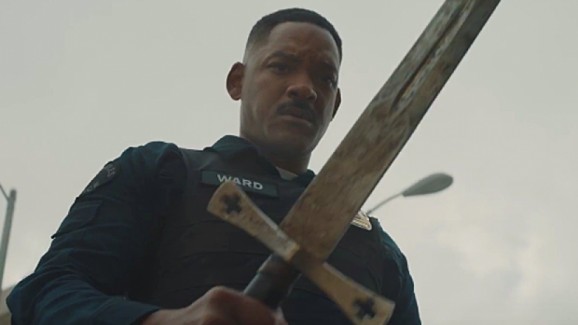 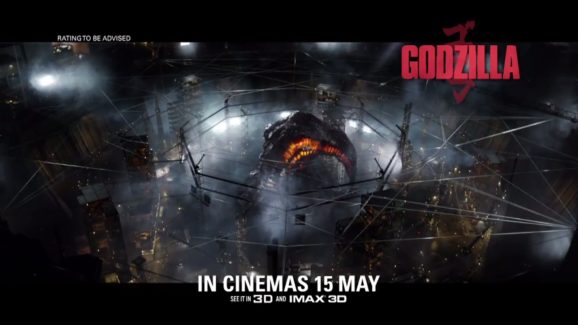