For the newest adaptation of The Mosquito Coast, initially a 1981 novel that was adapted for the silver screen by director Peter Weir in 1986, star and EP Justin Theroux allows for a new interpretation on the perennially relevant character of Allie Fox. Of course, anywhere Allie Fox goes is certain to be an erratic, often unsafe journey, and forces his family along for the ride. Along with Melissa George as Allie’s wife, the on-screen family is complete by Gabriel Bateman and Logan Polish, who play their children, Charlie and Dina, respectively.

Ahead of the show’s premiere, we spoke to Bateman and Polish about working in the with Theroux and showrunner Neil Cross, as well as how they all worked with one another to help develop their characters.

How familiar were the two of you with the book or the film adaptation, or was that something you wanted to avoid before jumping in?

Bateman: I had heard of the story beforehand, both the book and the movie. Especially the movie. Specifically River Phoenix’s performance had been brought up a few times. So when I got the audition it was, exciting because it was something that I was familiar with, and I was auditioning specifically for that same character. So I watched that after getting the audition. It was a lot of fun.

Polish: I was familiar with just the Allie Fox character because it’s someone that my dad had had sort of always loved and admired growing up. He just loved that perspective Allie had taken on a lot of things and just love loved Paul Theroux. So, I was familiar with that, and then when I booked the job, I did watch the movie and got acquainted with the chaotic world we’d be entering. That was a very fun, fun adventure. Though it was very jarring at first. I remember just sitting in my bed with my mom going, Oh my God, this is going to be wild. This is going to be freaking wild.

The mood on the set isn’t often what we end up seeing onscreen, but there are some pretty relentless moments throughout this season. What the vibe more light-hearted in general, and were there moments that you had to take a breath after a particularly taxing scene?

Bateman: I guess it kind of depended like on the scene and on the day. I think in general, especially when it was the whole family together, it was very light in between faiths and there were a lot of jokes and laughing in between takes. But I think there were definitely times where, if a scene was really technical or we have to get it exactly right for the camera, or some of the more emotional scenes, there was a little bit of decompressing in between takes and a little more chill, but in general, I think it was pretty light.

Polish: The great thing about working with Justin and Melissa is there was this great respect that they established when we were doing scenes like that, whether it was me having an intense moment, anyone else having an intense moment — we could have fun and it would be light, but then there would be moments where they would go, ‘This is obviously hard for you. It would be quieter. I remember there were some moments when if I had to cry or Gabriel had to have a moment, it was a bit [of] a silence and we kind of let them prepare. It was just so nice because it just goes to show just how much they cared for the way we worked on set.

Were there moments that you weren’t prepared for at first? Just something that didn’t go as smoothly as you’d thought it might when you read it on the page?

Polish: Everything! I mean, we had no idea really where the series was going. I mean, Neil had kind of given us a vague idea of, ‘Okay, this is where we want you to sort of end up as a family,’ but, in terms of how that specific path I was not expecting the level of physicality it was going to require. I was really excited for that, but at the same time, I sort of had to adjust to it because every episode there would be some sort of action sequence we would have to prepare for, or it’d be taking up a lot of the schedule. So I did not think that the series would have so much of that stuff. It was actually very exciting surprise, as well as just tiring at times.

Bateman: I guess for me, the most surprisingly difficult thing was that I did a lot of water work, which I had never done before. We filmed in the water for two and a half days, and that was just surprisingly difficult. I didn’t think it would like affect how I worked that much, I figured I’d just be like, ‘Oh yeah, it’s just like filming in a pool.’ But it was definitely pretty exhausting. By the end of the second day, I never wanted to go into a pool again. So, I would say that was probably the most surprisingly hard thing about shooting.

I don’t think I’ve ever heard or read about an actor who casually referred to shooting in the water, ever.

Bateman: I think it’s impossible. Like even between takes, it was hard to maneuver around, because there’s like an Olympic size swimming pool with all a bunch of equipment in it and stuff.

Polish: And during COVID, so everyone had to wear masks.

Bateman: Justin had said a few times, ‘If everyone gets sick, this is going to be how.’

Well, I’d imagine that’s the kind of brutal honesty you’d hope for in a lead actor, not to mention one of your EPs.

Polish: Totally, totally. He was always so… just cut right through it. Like he would just be like, ‘By the way, this is water and COVID travels through droplets.’

Bateman: He would be honest with our characters too, which is really helpful.

You’d mentioned this earlier, but I wanted to circle back and ask what it was like working with Neil Cross, who’s got quite the pedigree when it comes to making quality TV.

Polish: I really loved Neil because he was so collaborative. I have so many email chains with him, just sort of him reaching out, going, what do you think about this, or what do you think of this? Like, certain monologues that I had would just be so detailed, he kind of would want to personalize them and go, ‘Wait, do you have a better idea for this?’ And that’s what I really liked because it, it just goes to show that he’s just so open to everything and is just wanting the show to be good, regardless. It was kind of ego-less. Just, ‘what are you thinking?’ And Justin being a great writer that he is also was able to sort of give his input on episodes, and make the show better. And Neil was completely just open. ‘What do you think about this or that?’ I think that’s one reason we didn’t really know where the show was going. Nothing was set in stone. It was always, ‘Maybe this is an idea here, but that can change. Maybe it will go this way and it kind of allowed it to naturally evolve. I feel like that just goes to show how good he is.

Bateman: I loved working with Neil just because you could tell he cared so much about the project. You could tell he was in love with it and was super passionate about it. Especially the way that he approached characters, and my character, especially. I would have conversations with him about it and he would talk about Charlie as if it was me, and talk about how I’m feeling, and ask me how I would feel basically. Like Logan said, he was just extremely collaborative, which was just really helpful to just totally get into that mindset and embody Charlie. And not just Neil. I mean, the, the entire writing, writing team, was just so helpful.

The first two episodes of The Mosquito Coast are available to stream now, with new episodes available Friday on Apple TV+ 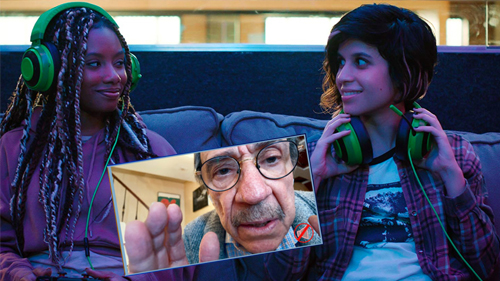 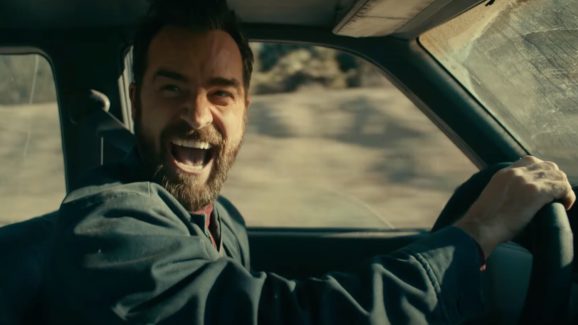 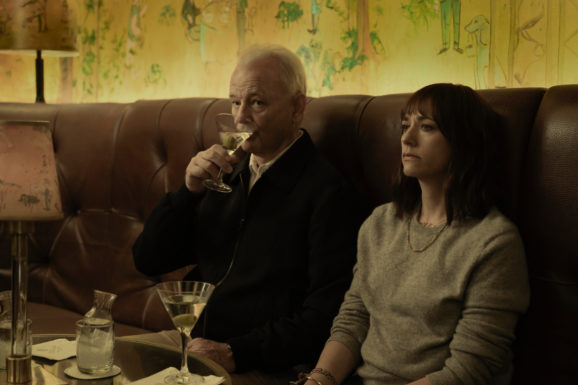