Much has already been written about John Coltrane’s never-issued A Love Supreme – Live in Seattle, easily the most talked-about album released in 2021, and delayed a couple of weeks from its original release date. So, pardon us. We are on time but so many others couldn’t wait to jump the gun. Yes, collectively we cannot get enough of John Coltrane. Consider that this is the fifth release of his material since 2018 – Both Directions at Once (2018), 1958 (2019), Blue World (2019), Another Side of John Coltrane (2021) and now this, by far the most intriguing of all.

The 33-minute-long original studio version of A Love Supreme, recorded in 1964, has long been considered Coltrane’s masterpiece, a sacred article. Even though he rarely played it live, thinking it was not suitable for club audiences. As far as most of us knew, there was only one live recording, a forty-seven-minute version performed on July 27, 1965, at the Antibes Jazz Festival in France where his playing was rather restrained. That recording was issued in 2002. The 75-minute A Love Supreme – Live in Seattle, recorded October 2 of the same year, though, serves as a bridge between the early spiritual Coltrane and his fascination with the “New Thing,” the aggressive, far-reaching avant-garde that marked his later period. Consider that Ascension, recorded in June of 1965 with Pharoah Sanders and Archie Shepp, precedes this date. As a lifelong Coltrane devotee, this writer would sum it up this way:

-This is an imperfect but indelibly important landmark album.

-The studio version is an intense, meditative spiritual listening experience that now, incredibly seems tame in comparison, as this version trades the solemn for the ecstatic.

-For its imperfections, less than optimal sound quality (although particularly good considering the 56-year age of the tapes), a less than engaged at times McCoy Tyner and Elvin Jones, and what comes across as a feverish blowing session more so than a spiritual reckoning, it’s a jaw-dropping performance.

-Consider the audience response which goes from wildly enthusiastic at the beginning to almost tepid at the end – as if they were so awestruck at what they just witnessed that they are numbed.

So, we will divert from the usual manner of covering these unreleased albums and describe the album first and the story later. The sound of the album will not be a major surprise to those who have heard the double album Live in Seattle with a 24-year-old Pharaoh Sanders, recorded at Seattle’s Penthouse. As it turns out, this stems from that same weeklong engagement. For A Love Supreme – Live in Seattle, Coltrane augmented his famous quartet of pianist McCoy Tyner, bassist Jimmy Garrison and drummer Elvin Jones with Sanders, who was already a member of the group, and guests – alto saxophonist Carlos Ward, and a second bassist, Donald “Rafael” Garrett. So, the septet, and especially the addition of the second bassist makes for a far denser sound that we are accustomed to in the studio version. Consider also that within months Tyner and Jones would leave the band, as they were less than enamored with the new “noise” and Coltrane would pass two years later. In a way there is a parallel to Coltrane’s last dates with Miles. There is riveting excitement in the solos, but one can hear a band tearing itself apart in the process. Understand also, that whatever prompted Trane to deliver a live performance of his masterpiece that evening, it’s clear that the band did not rehearse. Listen closely and you can hear Coltrane giving directions to the group. At the end one of the musicians, a guest, asks “Is that the end?” and Coltrane replies, “It better be! It better be, baby! Yeah!”

The album consists of eight pieces, beginning with the 22-minute “Pt. 1- Acknowledgement,” where you first hear the familiar strains of Trane before the band comes in. The tension builds and it threatens to go off the rails in a series of relentless sheets of sound with solos both Trane, Sanders, and Tyner as the band soars through a rhythmic and harmonic labyrinth before they eventually wind down to the way it began in a long decrescendo. Garrison and Garrett then engage in a stirring bass duet on “Interlude” while Jones (prominent in the mix throughout) is at his signature energetic kitbashing in “Interlude 2,” the two interludes bookending “Pt. II – Resolution.”  The latter fairly approximates the studio version. In other words, it is a calmer respite from the opening fury with a sense of melody and a smoother tempo. This may well be Coltrane’s strongest solo, maybe because it’s a bit more palatable, but he does reach a breathtaking climax.

The fifteen-minute “Part III- Pursuance” follows Jones’ solo and has Tyner, who is less energetic at times in support, unleashing a ferocious piano solo that follows a screeching, squawking, caustic Sanders solo. Like “Part II” it ends with Jones’s monstrous beats and a rousing reception from the audience. These sections pose challenging listening for those wedded to the tamer original. “Interlude 3” and “Interlude 4” has the bassists at work again for a collective ten minutes before reaching “Pt. IV- Psalm,” with its highly recognizable Trane intro, precisely as the studio version but he only takes a minute or so to ascend into an ecstatic mode before fading as Tyner and Jones, attuned to his dynamics, follow suit. Trane then begins slowing rebuilding, eventually reaching a boiling point. The piece ends with meditative clinking of prayer bells, as the audience is completely overwhelmed and incapable of responding.

So, why 56 years later? This, as mentioned, was from The Penthouse and it was captured by Joe Brazil, one of Coltrane’s trusted friends. (Brazil used the club system, two microphones and Ampex reel-to-reel, and then preserved these tapes as if guarding the Holy Grail. They were found in his archive after his death in 2008. Several years ago, the Seattle-based saxophonist and journalist Steve Griggs set out to capture every bit of information on these Seattle shows. Brazil’s widow, Virginia, eventually shared a cache of quarter-inch tapes with Griggs. Virginia really didn’t know everything she had but as Griggs sifted through the pile of haphazardly organized tapes, he found a label that read JOHN COLTRANE A LOVE, with the date October 2, 1965. Griggs listened to the set which included a few tunes, silence and then the opening piece to A Love Supreme.

Purists may still adhere to the studio version and deservedly so but nonetheless, that cannot diminish the importance of this recording in Coltrane’s legacy. It’s a revelation and it now invites a comparison of the two that none of us ever expected. 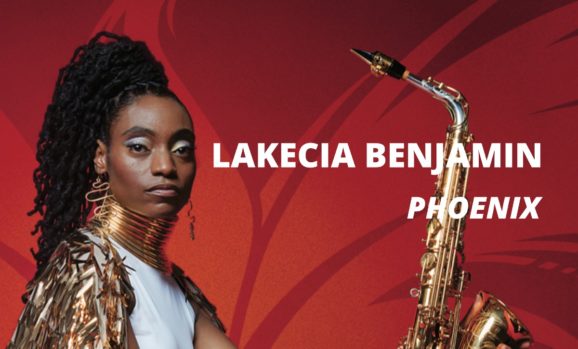