When is a holiday album not a holiday album? When it’s Paul Kelly’s Christmas Train, conceived and executed by the Australian folk hero as a means to commemorate the emotional states of being intrinsic to the designated date(s). Yet it’s an exercise in musicology as much as anything else, one in which Kelly explores a wide range of styles. It’s a natural extension of and of a piece with his projects in recent years (setting Shakespearean to music, for instance, on Seven Sonnets & a Song).

Listing to these twenty-two tracks that comprise the double CD set, it’d seem Paul is of the opinion this specific holiday is, like all the rest, is a state of mind. Accordingly, the most traditional expressions of good cheer ring as true as their novel corollaries, many from sources outside this frontman’s own treasure trove of originals: his inclusive approach to this project is a pragmatic expression of generosity in keeping with the season, Tellingly, however, he constructs a broad and deep network of musical connections to this theme: as with so many of this man’s efforts (including but not limited to a series of holiday-themed shows in his homeland), his collaborators’ participation is virtually as important as his own.

Witness, for instance, “What Are You Doing New Year’s Eve?,” ever-so-sweetly sung by nouveau jazz vocalist Alma Zygier. According to Beach Boys fan Kelly himself, in his online track-by-track, this quiet benediction simply follows the precedent of the iconic California band’s on their own Christmas album (where they close with “Auld Lang Syne”). It might be a mistake, however, to take this rendition of “Silent Night” at face value; that tune and chestnut of a counterpart,“Little Drummer Boy,” may remind of memorable Christmases past, but in this context, Paul Kelly is suggesting in no uncertain (but certainly understated) terms, that those memories of more recent vintage are worth savoring too (and perhaps just as deeply).

Along those same expansive lines then, it’s only natural to include the seasonal air of The Band’s titled “Christmas Must Be Tonight” And of course, that well-known (at least in his native land) song of this frontman’s in the re-recorded form: while “How To Make Gravy” is written in the voice of a man in prison reaching out at the holidays to remind those closest to him (and himself) of all the little things worth recalling about the best of Christmas as they all knew it, it could well be any of us in honest reflection upon these times of year gone by.

As such, while this tune sometimes sounds forlorn lyrically, as Paul Kelly sings it with such convincing verve, it becomes a testament to hope and faith in the future, perhaps the most elemental aspects of that which we recognize on December 25th. The man may not have a particularly strong voice—it’s too reedy to so qualify as such–but he has taught himself how to sing well over the years and here he communicates his customary earnest authority.

Peter Luscombe, the bandleader’s long-time drummer takes part in this track (as he did on 1996 original). Not surprisingly, Kelly’s other accompanists, including band members, family, and friends from Down Under, all play with a similarly nuanced versatility. Their collective and individual skills are such they mirror Paul’s acknowledgment(s) of pain both large and small –”The Friendly Beasts” features Kasey Chambers and nephew Dan Kelly–but are equally capable of accurately reflecting his expressions of joy (such as they are from a man and an artist so circumspect): “The Oxen” is a Thomas Hardy poem set to music. Accordingly, this is an album worth playing in preparation for the most wonderful (sic) time of the year, in the midst of feting the season itself and even during those bittersweet moments of taking down the decorations and putting them away for a year.

Yet the deep and abiding effects left by hearing Christmas Train in the specific context of the holidays also compels playing the album anytime over the course of any given twelve-month period just for the sake of its intrinsic variety of sounds and styles. In keeping with the ostensible subtitle appearing on the front cover (Stopping All Stations), bare-bones folk (with a children’s choir on “Tapu Te Pō (O Holy Night)”) resides comfortably next to r&b-inflected (long-time Kelly co-vocalist Linda Bull relishes “Christmas (Baby, Please Come Home).” Meanwhile, the Hebrew-rooted authenticity of “Shalom Aleichem” is as undeniable as that of Brazilian songwriter Caetano Veloso’s “In the Hot Sun of a Christmas Day.”

Apart from that aforementioned song of Robbie Robertson’s, rare here are the chiming electric guitars and insistent drums that proliferate on Kelly’s most mainstream endeavors (the Bellrays’ title song is raw garage soul). But there is this fine fodder for a group singalong in the form of “Three Drovers,” which only make the seventy-plus minutes of the LP more distinctive on its own terms, Attached to a milestone personal or cultural (or not), there’s a wealth of pleasure and insight to be gleaned from Christmas Train, perhaps even some wisdom worth utilizing on a given “Swing Around the Sun.” “Come Thou Font of Every Blessing” indeed! 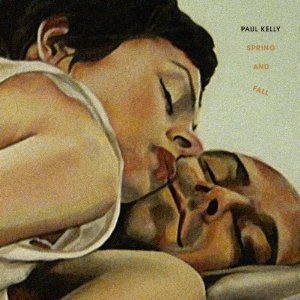 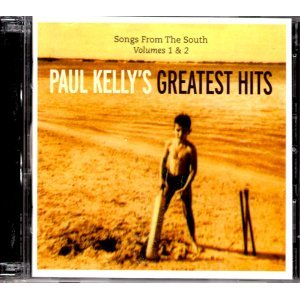