Brent Cobb is a prolific songwriter best known for albums like Keep ‘Em on They Toes and the Grammy-nominated Shine on Rainy Day. You wouldn’t be wrong to call him a country singer, but he incorporates a fair amount of rock and roll into his sound as well.

Like a lot of singers raised in the south, Cobb grew up with gospel music. Yet he didn’t get started with his new album And Now, Let’s Turn to Page… until he had a near-death experience getting T-boned at an intersection when he had his young son in the car. So while it wasn’t an ideal situation that prompted him to record the gospel album he always wanted to make, the result is an album that will move you whether or not you grew personally up with gospel music. Of the album, he said, “I’ve always wanted to make a southern gospel album because it’s what I come from.”

The title of the album is immediately familiar to anyone who has attended church regularly. It recalls congregations of familiar faces and the smell of well-worn hymnals. That familiar feeling only grows stronger with the first song on the album, “Just a Closer Walk with Thee”. The song features acoustic guitar and organ that you’re likely to hear in a church. What may be unlike a church service is the spacey guitar in the background and the instrumental. If you have ever been a regular churchgoer (even if you don’t go regularly anymore), you’ll probably find yourself singing along with this old favorite.

Cobb brings a little more of his typical sound to “When It’s My Time”. The first couple minutes of the song feature some muted piano and organ. At the instrumental break, the volume increases and you hear Cobb’s familiar guitar tone that was influenced by the likes of The Allman Brothers and Lynyrd Skynyrd.

The organ plays a prominent part in the album, which is fitting for a collection of gospel songs. However, there is a real groove that you might not expect from songs that are generally sung in church. “Are You Washed in the Blood” is a good example with a bass line that provides a groovy backbone to the song while the guitar is more of the Southern rock sound that is so prominent in Cobb’s songs. Meanwhile, the soulful backing vocals bring Tedeschi-Trucks Band to mind. If you don’t think it’s possible to dance to a gospel song, this one might change your mind.

You wouldn’t necessarily think there is a lot of range in the sound of gospel songs, but Cobb shows just how differently two gospel songs can sound in the second half of the album. His rendition of “The Old, Rugged Cross” is traditional. The arrangement includes acoustic guitar, bass, drums, and organ, all of which are very subdued. It also features harmony vocals akin to what you would hear from a church choir. The next song is “We Shall Rise”, a song that brings the rock and roll to gospel. The guitar plays a prominent part throughout the song, but then everything reaches a crescendo at the end, and it leaves you wondering why church music isn’t always like that. 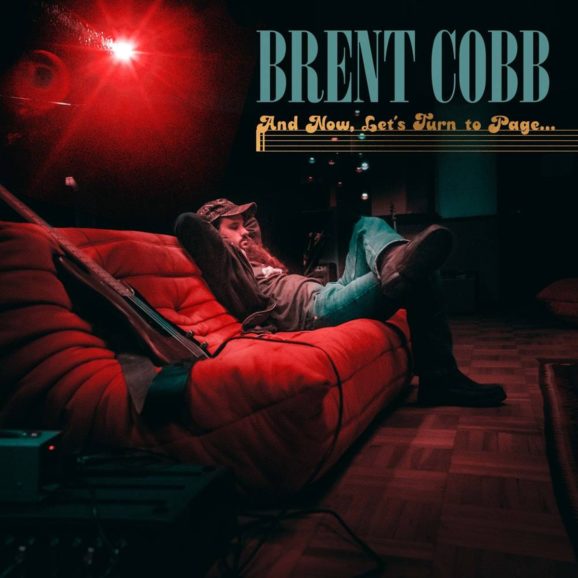