All Them Witches landed in Portland on a crisp winter Monday (January 31st), as the road dogs made the first of two area appearances on their current western tour, bringing along local favorites, Blackwater Holylight. The devoted faithful turned out for the sold-out event at the Wonder Ballroom, attendees lined up to enter the venue after first going through a security checkpoint in a tent set up adjacent to the building.

Blackwater Holylight hit the stage at 8:30, wasting no time by launching into their staple sound of muddy low-end sludge rock. Their fanbase was noticeable, with a considerable amount of people wearing the band’s apparel. In fact, they had a killer merch table, one of the most appealing I’ve seen, with more merch than the headliners. The band played a tight, 45-minute set, the members of Blackwater Holylight electing to keep stage banter to a minimum and stay focused on the task at hand. At one point, they did acknowledge enjoying being on tour with ATW, and being “back” in Portland. Under the impression that they were a hometown band, since that’s where they hail from, it was made clear that they are no longer residents of the city. The band members, in fact, moved in the initial wake of the pandemic and now live in Los Angeles. However, the women of Blackwater Holylight were still welcomed with open arms and shown much love by Portland, by a fanbase that still considers them their own.

The house lights dimmed once again, like clockwork at 9:30, with bands remaining amazingly prompt and consistent these days. All Them Witches walked onto the stage and dove right into it, immediately washing the sold-out crowd with a wall of sonic mayhem. From their second full-length release, Lightning At The Door, the band opened with “The Death of Coyote Woman.” Guitarist Ben McLeod chose to use a newly acquired custom flying V guitar, manufactured for him by Banker Handcrafted Guitars. His skills were on full display, like a kid with a brand new toy. McLeod regularly exchanged looks with drummer Robby Staebler, locking in with the beats and creating a rhythm structure, that combined with frontman Charles Michael Parks Jr’s fierce bass approach, gave the band the ability to transport the Wonder Ballroom to another dimension.

All Them Witches featured all the bravissimo of the power trio, but had the additional textures of keyboards subtly laid in the mix, provided by fourth band member, Allan Van Cleave. The band wasted no time reminding the audience they were from Nashville, having mentioned it before they played a note, and then again when pausing after the second song to thank Blackwater Holylight, and express their gratitude for Portland. Both bands having ties to the city really added to the excitement in the air and the energy in the ballroom.

The broad mix of fans in attendance was in no shortage of earplugs, and rightfully so. Delivering a setlist with songs represented from all their studio releases, the majority of the repertoire was played at maximum volume and pushed the decibel levels to staggering levels. After about an hour, the band took a break and left the stage, with exception of guitarist Ben McLeod. McLeod stayed on stage alone, noodling on the guitar a bit before dialing it in and treating the crowd to a lovely instrumental called “Everest,” from the band’s album Nothing As The Ideal. McLeod then exited the stage as Charles Michael Parks Jr returned and picked up an acoustic guitar. The multi-instrumentalist performed the song “The Children Of Coyote Woman” on the acoustic, accompanied by Allan Van Cleave on violin. The full band then returned to complete the set, going back to full electric throttle with a searing rendition of “Marriage of Coyote Woman.”

The band’s handwritten setlist may have indicated otherwise, but they played a 14-song set in an hour and a half.  Any encores were obviously scrapped due to the venue’s strict curfew policy.  The house lights were on and bright at 11 pm, the band said thanks, and the deafened crowd slowly funneled out into the cold dark night.  The tour continues one more night in Portland, and then on to Colorado.

ALL THEM WITCHES SETLIST

Enemy of My Enemy

Am I Going Up? 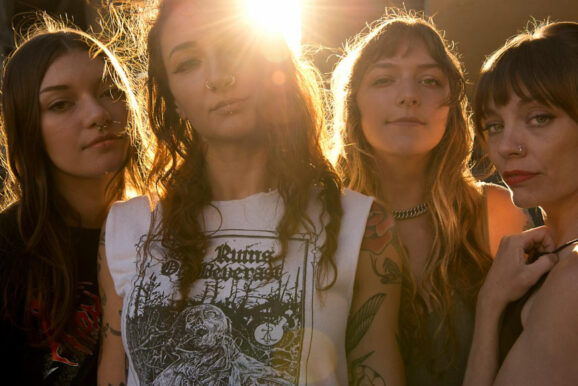 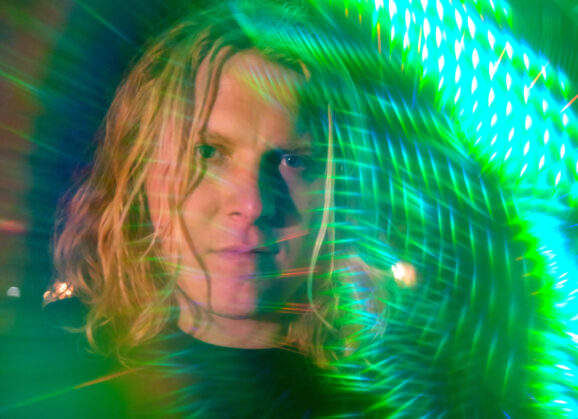 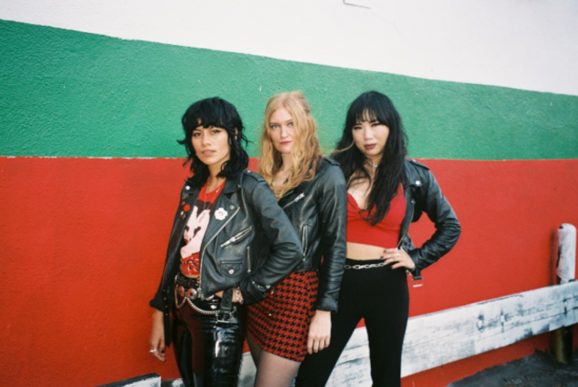