Black Country, New Road Own Up Its Lofty Ambition On ‘Ants From Up Here’ (ALBUM REVIEW)

After releasing one of last year’s strongest debuts and establishing themselves as one of the most unique and exciting new bands to arrive in years, English post-punk outfit Black Country, New Road make their mark permanent with the monumental Ants From Up Here.

The band brings their sound to a new level here, shaving off some of the more jagged and dissonant edges explored on their last record and building each of these songs up with artful baroque orchestrations. From the beginning of the album to its rafter-shaking finale, all of BCNR’s seven members are locked in with both each other and the collective musical mission, giving the album a sense of focus and unity that justifies its occasional indulgences (see: the three-minute intros on “Snow Globes” and “Basketball Shoes”).

There are moments on Ants that call to mind the indie rock surge of early Arcade Fire (“Chaos Space Marine”) and the ramshackle freak-folk of Neutral Milk Hotel (“Concorde”), but BCNR craft songs in a wholly different way than either of those groups. The arrangements are more carefully constructed, especially in the trio of violin, saxophone, and piano (played by Georgia Ellery, Lewis Evans, and May Kershaw respectively), whose intertwining melodies and counterpoint pack the record full of memorable instrumental lines, and the band approaches their compositions like an Impressionist painter, aiming more for feeling and atmosphere than direct accompaniment.

This serves as the perfect complement to singer/guitarist Isaac Wood’s lyrics, which manage to ride the line between enigmatic and deeply affecting; seamlessly stringing together surreal scenes, intimate confessions, and abstract poetry. His characters and imagery fade in and out of focus, narrators that change mid-song, or even mid-stanza, and symbols like the Concorde jet and digging holes being repeated and recontextualized throughout the album, coming together to form something that would feel almost dreamlike if it wasn’t so anxious and brimming with life.

Ants From Up Here is a thrilling listen, brimming with the confidence and electricity of a young band coming into their own on all fronts, pulling from the past but pushing it undeniably forward, and fully owning their ambition. Wood’s departure from the band announced just days before Ants’  release, will no doubt shape the album’s legacy, but regardless of what’s to come for Black Country, New Road what they’ve created here is a towering achievement. 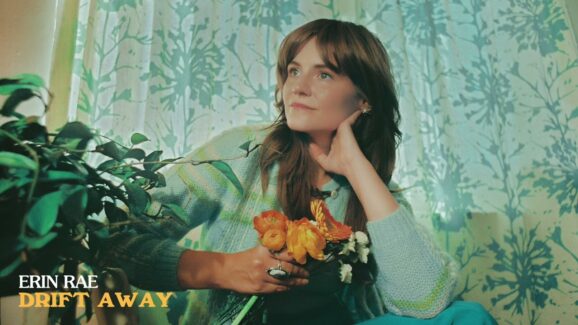