Produced and arranged by Talking Heads’ Jerry Harrison, Big Head Todd and the Monsters’ Beautiful World (released 2/11/97) sounds as polished and potent a quarter-century after its release as it did upon its original issue. More importantly, the benefit of hindsight reveals how this fifth studio album of the Colorado band planted the seeds of their alter ego in song, ‘The Big Head Blues Club.’

The cover of blues icon John Lee Hooker’s “Boom Boom” packs even more of a wallop because it features its author on vocals. His participation not enhances the legitimacy of BHTM’s intentions, but also escalates the abandon of its execution. In addition,  this cut, positioned near the LP’s end, also supplies a balance to the decidedly more pop-oriented “Resignation Superman” that opens the album: cryptic as the song’s lyrics may be, the pithy, powerful performance elevates the commercial slant of the arrangement, thereby bolstering the credibility of the band.

“If You Can’t Slow Down” is built on even more overt Jamaican influences than that latter cut. As such, it’s further evidence BHTM—and in particular Todd Park Mohr the songwriter–can modify their style without compromise or dilution of their roots. Little wonder a musician so highly regarded as Bernie Worrell, formerly of P-Funk, would deign to play keyboards on a number of selections here, including the album’s title track. Both Harrison and Corey Mauser also add organ and piano elsewhere, but such additions on the tranquilizing closer, “These Days Without You,” retain the streamlined clarity of the core trio appearing on “Tower.” All the details of the arrangements and musicianship for Beautiful World are readily discernible in the expert mix of Tom Lord-Alge.

Neither innovative nor genre-bending before, during or after the platinum success of Sister Sweetly, the group’s third album (and major-label debut), Big Head Todd and the Monsters have nevertheless remained quite proud of themselves in whatever configuration they appeared (including expansion to a foursome with the addition of keyboardist/lap steel player Jeremy Lawton in 2004). With the retrospect of twenty-five years, it is that fundamental self-confidence that so fully permeates Beautiful World and lends the record its resilient depth. 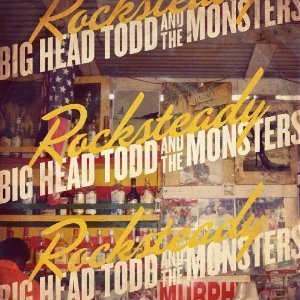