Cameron uses the same tricks on each album, he comes up with an infectious and heavily burrowing earworm, and then uses it to embody some kind of skeezy, oft-kilter anti-hero and sell you on his depravity. For “Hold the Line” it’s a drug addict, singing sweetly about the snow-white of your area, and a cat stuffed in his underpants, but against all better judgment it works, and this character, like most of Cameron’s, is compelling enough to have you believe that the lines really have a hold on him.

Plum worked its way up my 2020 best-of list much farther than it had any right to. Widowspeak have always been consistent, but rarely did their tracks feature this kind of craft and ingenuity. This was a collection of pop gems from a band still wiping the haziness of their debut from their eyes. The Jacket is a very good album, but nonetheless a digression. Only “The Drive” touches on the immediacy of Plum, disguising the anguish of their best work behind the same breezy vocals and guitar lines.

Jenny Hval is another musician who has been making great music for years but is just now following up on what could be her masterwork, The Practice of Love. So Classic Objects is another winner, but “American Coffee” is the defining track. Not just because of its autobiographical, travelogue meets diary-entry expression, but because it’s more fun than any Hval songs in recent memory, and that does include Practice. Even if it takes almost three minutes to get going, she pads it with another three to make up for it.

Benny The Butcher – “Weekends in The Perry’s”

While Boldy James remains the best and most captivating of the Griselda family, even if he’s the one who’s not related, Benny The Butcher has arguably garnered a bigger following. Still, on his own album, it’s James who us featured on the winning track. “Weekends In The Perry’s” is subdued and lined with the kind of movie quote production James is famous for, but both him and Butcher make for the most evenly matched pair on Tana Talk 4, and that keeps it interesting.

While it’s disappointing that the follow-up to last year’s stellar Twin Plagues is just a bunch of covers, it’s worth it to get two strong records in such short succession, especially when the covers are this good. Besides, I’m sure plenty of people heard their rendition of Edie Brickell’s “Ghost of a Dog” on their last album and wondered why they couldn’t just focus all their bristling angst on other people’s music. Unlike most collections like this though, these covers don’t succeed based on which songs were selected but instead on how well Wednesday interprets them. For my money, it’s the Drive-By Truckers take that gets the best treatment. “Women Without Whiskey” is great on its own, but Wednesday turns up the guitar theatrics and romance, and pushes the track into the alt-alt country. I may be in the minority, but I’ll take MJ Lenderman over Jason Isbell any day.

Why is this interlude the best track on Frank? It’s not that the album is undeserving, there are plenty of memorable cuts strung throughout, and each one works well enough to really make this feel like a debut. It’s that Foisey’s production and not Fly Anakin, who can certainly hold his own, is what stands out the most. On “Poisonous Primates” and especially on “Class Clown (Interlude)”, it’s enough to even give Madlib a run for his money.

Paul Cherry – “No News No Blues”

Flavour wasn’t good enough of a debut for anyone to really be waiting for a new Paul Cherry album, but it did show some promise, and with Cherry constantly reminding everyone that he was still around, it seemed unavoidable. The good news is that this album has “No News No Blues”, worth the price of admission alone for its jubilant synths and feathery vocals. Cherry is still honing his 80s pastiche, but he sounds more like himself than ever before, sax tootles and all. 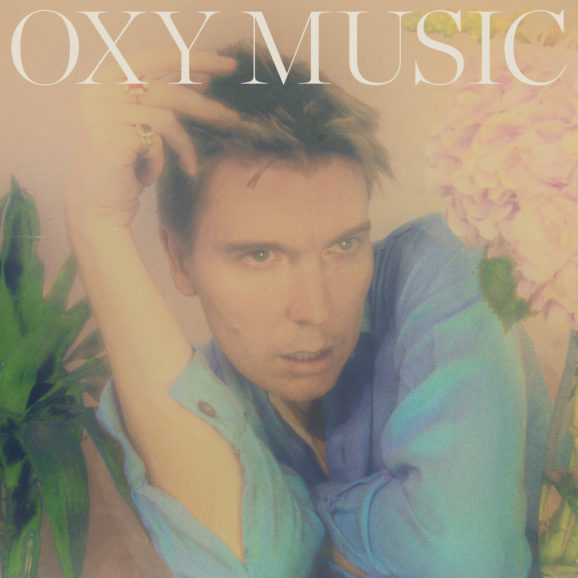