Trumpeter/composer Marquis Hill steps out with his 13th album and debut for Edition Records with New Gospel Revisited, a live reimagining of his 2012 debut as a leader, New Gospel. Recorded at the famed Chicago venue, Constellation, Hill brings an entirely new cast, a formidable group of today’s new generation players including Walter Smith III, Joel Ross, James Francies, Kendrick Scott, and Harish Raghavan. Jazz buffs who read these pages will recognize every one of these names. Hill, originally from Chicago along with Ross and Raghavan, splits his time between his home city and New York. The other three, while often present in both the Chicago and New York scenes, originally hail from Texas.

This ensemble is a departure from his usual rhythm section of McCraven and bassist Junius Paul or the earlier groups with saxophonist Christopher McBride and pianist Joshua Mosier. Yet, that sound that Hill has developed on trumpet and flugelhorn rings distinctively through this set. His roots are in hard bop, which is the predominant style here, but he incorporates melodies, harmonies, and rhythms from hip-hop, soul, gospel, and even blues. To him, it’s all Black American music. His style is more subtle than powerhouses like Christian Scott aTunde Adjuajh or Theo Croker, of a similar generation. He’s also more direct and clearer toned than Akin Akinmusire, who tends to bend and smear notes. Hill’s sound is an extension of his Soul Sign (2020) and Love Tape (2019) albums but without vocals or spoken word.

You hear Hill’s warm tones on “Law and Order” as he floats over the rhythmic undercurrent of Raghavan and Scott that easily enables the chordal instruments to make their own flowing statements. This is a sextet firing at full throttle as they weave in and out of Hill’s original eight compositions, interspersing them with interlude-like features for each member. For example, following the rousing 14 minutes “Law and Order,” Smith III steps forward with “Walter Speaks.” Kendrick Scott has “Oracle” (also the name of his band), Ross has “Lullaby,” Raghavan has “Perpetual” and Francies closes with “Farewell.” The Hill original “Believer” begins with a lush ensemble playing in a ballad-like way, with Smith III and Hill locking in as did Miles Davis and Wayne Shorter in those historic albums from the mid-sixties.

“New Gospel” features intricate work from Francies, Scott and Raghavan. “Autumn” begins with Ross’s gentle intro and unfolds as a searching ballad with Hill on flugelhorn building a steady momentum in his solo, followed by warm tones from Smith III. Francies, noted for his rapid runs across both the acoustic piano and all kinds of electric keyboards, sticks to the acoustic piano throughout, adding his signature swift runs to the piece before Hill rejoins for the gorgeous outro. “New Paths” is a solo trumpet interlude followed by “A Portrait of Fola,” another bright ensemble piece, with a brimming turn from Ross, while Scott and Raghavan lay down a steady, driving but never intrusive bottom. Smith III is next, first with short bursts, answered by Francies before the saxophonist takes an extended inspired flight. The two horns than join to recast the theme, moving to the climax with all members aboard.

Raghavan segues from his solo bass feature to introduce “The Thump,” a lively piece with opening and closing riveting sax-trumpet duet sequences, marked by solos from Hill, Ross, Francies, all while Scott’s snare work and rim shots take on hip-hop like rhythms. The Francies feature, “Farewell,” reveals the pianist’s deft fluidity and facility navigating tempo changes. Yet, it seems a bit odd to end the concert this way rather than with the entire ensemble. The last point notwithstanding, this is a can’t miss performance rendered by some of our best contemporary players. The Edition signing apparently marks a new career phase for Hill who has a forthcoming project at the end of this year of the beginning of 2023. With New Gospel Revisited Hill proves that one can move forward while at the same time looking back. 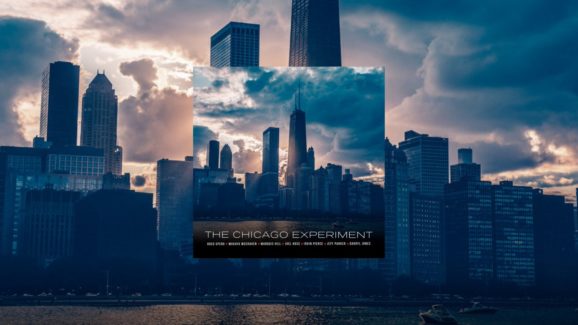