Jacob’s Ladder is as carefully conceived and executed as any entry in Brad Mehldau’s lengthy discography. But in contrast to most of those, where the brilliant pianist/composer applies himself to an acoustic keyboard in either a solo or trio format, here, he is more often featured on a panoply of electric instruments besides percussion (and his voice actually comes into play before the record is over).

Varied arrangements find Mehldau in the company of a fleet of musicians and singers with whom he interprets progressive rock from the likes of Rush and Yes as well as original songs of Brad’s based on similar material. This Nonesuch album is thus as much of a logical extension of Brad’s interest in that particular genre as After Bach is a demonstration of his admiration for the classical composer. Yet there’s even more than just an exhibition of taste in play here: the album’s title mirrors this idiosyncratic artist’s ambition to integrate spiritual themes into an LP of music he discovered prior to his devotion to jazz.

Whether Jacob’s Ladder successfully reaches listeners, however, will ultimately depend on an open-minded response to the various instrumental and vocal components in, for instance, the three tracks based on  the work of Gentle Giant named “Cogs in Cogs.” That particular challenge, for fans of the man or the merely curious, arises immediately upon the opening of the very first cut: “maybe as his skies are wide” features the willowy tones of Luca van den Bossche, his treble voice echoing back and forth across the stereo spectrum along with robotic percussion. It’s only deep within this action that the dulcet tones of Mehldau’s piano rings through.

And his playing on the Steinway is buried even further in the mix for “Herr und Knecht (Master and Slave)” where he utilizes a Yamaha CP-80, Moog modular synthesizer, Emu Emulator II, Dave Smith OB-6, Wurlitzer electric piano and Therevox. At this point, the thought occurs (then recurs later on, more than once) that a collection of prog-rock interpretations on a set of ivories might more clearly illustrate the continuity between Brad’s intricate style of composing and playing, not to mention his expertise in an improvisational setting.

It would surely preclude the often icy execution of his overly-cerebral concept. While there are seven tracks on which the acoustic piano is Mehldau’s primary instrument, there is no cut during which he appears exclusively solo on that instrument for the duration, an aspect of this recording that only renders delectable the closing moments of “(Entr’acte) Glam Perfume” and a hefty portion of the longest cut here (at 11:30) “Jacob’s Ladder II,” during much of which Brad spars instrumentally with percussionist Mark Guiliana (the two made  Taming the Dragon in 2014).

Still, the religious overtones that also pervade Jacob’s Ladder, intertwined with the source(s) of the music, render this record as personal as any prior work of Mehldau’s. As he explicates so deliberately in his liner notes (and other prose in the booklet including translations from German philosopher Hegel), he is purposefully hearkening to personal experiences of his youth as they have evolved over the course of his life. In doing so, Brad’s ability to meld the two sources of inspiration into a single conduit to an exploration of sacred awakening, the combined likes of which become less rather than more abstract as the near seventy-minutes playing time unfolds.

Accordingly, the track sequencing is hardly coincidental. Instead just as deliberately designed as other elements within the effort, the three cuts from which this project takes its title, respectively referenced “Liturgy,” “Song” and “Ladder,” effectively reaffirm those moments that most deeply humanize this music: that flashing instant-on Rush’s “Tom Sawyer” where Chris Thile (Nickel Creek, Punch Brothers) plays a mandolin break, then remains prominent for the duration of the cut. It’s an instance of the abiding camaraderie between the two men who released an eponymous collaborative album in 2017.

Pedro Martins’  acoustic guitar on”Vou correndo te encontrar / Racecar” also reinforces the warmth of those moments. And Jacob’s Ladder closes most appropriately, with the four-part piece “Heaven.” There’s no question about the emphatic nature of this conclusion either, supplying final punctuation to a statement that, deceptively resounding as it is, may resonate with more than just Mehldau completists or fans of the artists for whom he demonstrates his admiration here. 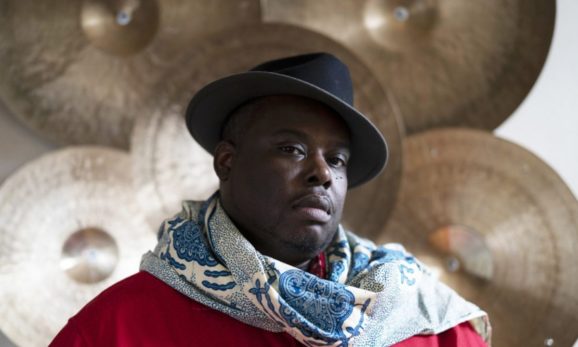