Ten never-before-released covers that have long been staples in the live shows of The Greyboy Allstars (GBA) make up Get a Job: Music from the Original Broadcast Series Soul Dream. Most of the covers come from the ‘60s and ‘70s yet there are more contemporary concepts at play. These songs first appeared on a live stream four-part episodic series of the album’s same name on Nugs.net in the summer of 2021.  This album represents the best of those covers, recorded live in the studio, and to be performed live in their upcoming tour. In other words, live stream to live album to live show.

The GBA is a soul-jazz-funk band hailing from San Diego with founding members Karl Denson (vocals, saxophone), Mike Andrews (under the pseudonym Elgin Park) on guitar, keyboardist Robert Walter, and bassist Chris Stillwell. Aaron Redfield is the current drummer.  These ten covers are indicative of the band’s preferences for vintage jazz, mostly from the Prestige label, and pop covers, some of which have also been oft-covered by jazz artists. In almost every case the GBA add their trademark funk, raised tempos, and mostly raucous but occasionally reverent spirit to the selections

The opening “I’ve Got Reasons” has the band laying down a filthy funk riff, over which Denson leads on vocal with Park singing in unison on the repetitive chorus before Park first rips a wah-wah driven guitar turn followed by a rollicking Walter using multiple keyboards, before the vocals return.

Unlike most pure jazz, the GBA strives to play as a combo, allowing room for the solos which are most economical and service to the song. They set up a burning relentless groove for tenor great Gene Ammons “Jug Eyes,” (1970) a vehicle for Denson to freely blow as Walter picks up the effusive energy in his punchy Rhodes solo. Stillwell’s syncopated rhythmic patterns set up “Smokin’ at Tiffany’s” where after a couple of brief solo turns from Denson and Walter, the rhythm tandem has their say in conversation with the three lead instruments, bringing the tune from a boil to a whispering fade. Denson takes the vocal on Scott-Heron’s piece, as Parks uses the wah-wah to stirring effect followed by a soulful organ turn from Walter before Denson grows angrier, in the spirit of the composer, in his plea for peace.

Stillwell also sets the soulful, bouncy tempo for Sonny Stitt’s “Turn It On!” (1971), the original also rendered as a quintet with similar instrumentation except Stitt’s has a trumpet while GBA’s has a bass.  What was notable and somewhat controversial about the original was Stitt using the varitone, an electronic amplification device that altered the saxophone’s sound.  Here though, presumably Denson plays his usual robust sounding horn while Walter’s organ swells gloriously. Their up-tempo reading of “Taxman” has Walters on B3 and Parks on guitar engaging in feisty exchanges with the rhythm tandem of Redfield and Stillwell constantly adding octane to the bursting energy. Denson doesn’t solo here but instead joins Walters and Parks in unison melody. A requisite calm follows in the breezy, rather reverent turn of Gary Bartz’s “I’ve Known Rivers,” sung by Denson and capturing a bit of nostalgia for the band, hearkening back to their collaboration with Bartz on Walter’s 1996 Spirit of ’70. Rather than playing alto as Bartz does, Denson pulls out the soprano here for perhaps his most enlivened solo on the disc.

Dr. Lonnie Smith’s “Play It Back” is a funk workout that’s ideal for the GBA’s prevailing style while “Got to Get Me a Job,” Alford’s 1971 answer to the woes of addiction, has Denson and Parks again at the vocal mics, while the band churns up even nastier funk underneath. It’s challenging to do “Walk on By” because so many artists have covered it, perhaps most notably, at least to this writer, Isaac Hayes.  Fortunately, GBA amps the tempo, taking it in a different direction as Denson jumps in midway, blowing fluidly before handing off to Walter who pushes the pace even further on the B3 before all join to restate the melody and bring it to an explosive climax.

Get ready to hear these, probably in extended versions, on the GBA upcoming tour.  Paradoxically, by reaching back fifty years or more, the GBA sounds as remarkably contemporary as any band in this genre. 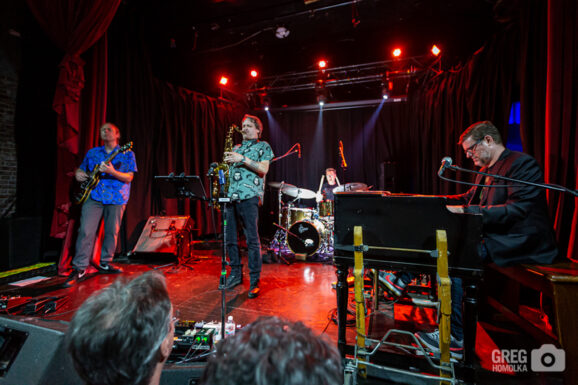 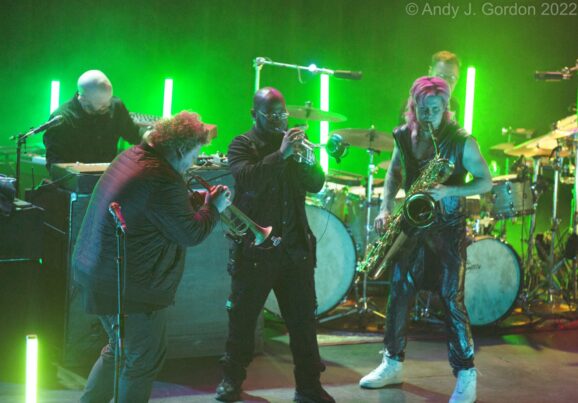