The late Bill Evans was the proverbial force of nature, operating with the utmost distinction in the milieu of modern jazz for a quarter-century. A prolific recording artist and rigorous road warrior, he repeatedly rose above personal travails until his tragic passing in September of 1980. At that point, he had already left us much to ponder, but the two most recent (of what are now six) Resonance Records releases, Morning Glory and Inner Spirit, add to the wealth already available at our disposal.

Available on double-LP vinyl for Record Store Day in April of ’22, these two lavish double CD packages contain concerts complete in their entirety from Buenos Aires, respectively 1973 and 1979, and feature different trio lineups. The former showcases the rhythm section of Eddie Gomez and Marty Morrell, while the latter highlights the work of Marc Johnson and Joe LaBarbera; each set of bassists and drummers displays unique chemistry with the esteemed pianist.

As a result, then, even without but a sole carryover in setlists (“Up With the Lark”), both performances are distinctly different listening experiences. Transitions between the threesomes are completely transparent in their own way so that, for instance, the back and forth bass and tapping around the kit on the earlier “My Romance” is well underway before Evans returns in gracious but assertive form. Then, of course, there are those predominant intervals, such as that on “T. T. T. (Twelve Tone Tune),” where the trio plays as if one musician, knowing each other’s improvisational predispositions as fully and completely as the changes in the material. The quietude is deceptive on later tracks such as “Letter To Evan” (an ode to Bill’s son).

It’s little wonder the crowd at the Teatro Gran Rex venue so vociferously calls for more. Or that the same phenomenon occurs, for exactly the same reason(s), at the Teatro General. Over the course of this second roughly ninety minutes, the threesome of Evans, Johnson, and LaBarbera (the pianist’s last such ensemble) display admirable patience: sufficiently touching melodic motifs and rendering them recognizable, as on “Theme From M*A*S*H,” it only then does the unit proceeding to explore the nuances of the tunes. It is one display of mutual empathy and near preternatural chemistry after another, proffered with understated grace on, for instance, seventeen plus minutes of “Nardis;” as with most of the rest of this music, that segment compels repeated listenings in order to catch all the subtleties.

Deluxe booklets enclosed in the dual-fold digi-paks include rare photos from the concerts, interviews with the surviving musicians, overviews by authors Marc Myers and Claudio Parisi, and observations by pianists Richie Beirach and Enrico Pieranunzi. But, in mirroring the depth of the music itself, those ancillary inclusions are only the most obvious touches in yet another pair of labors of love from this label: the meticulous attention to detail extends through the audio restoration, then mastering, both by George Klabin and Fran Gala, but actually extends all the way back to the days of the shows, with recordings completed by sound engineer, producer, and pianist Carlos Melero.

The age of the CD prompted extensive archiving of vaults near and far and, not wholly surprising, the most extensive and lavish likes of such scholarly endeavors have been devoted to iconic artists who most deserve it, like Bill Evans. These two latest packages are in addition to the splendid, previously-released likes of Turn Out the Stars: The Final Village Vanguard Recordings, The Last Waltz: The Final Recordings, and The Complete Village Vanguard Recordings 1961, all of which serve to reaffirm the notion it may well be impossible to have too much Bill Evans music at hand. 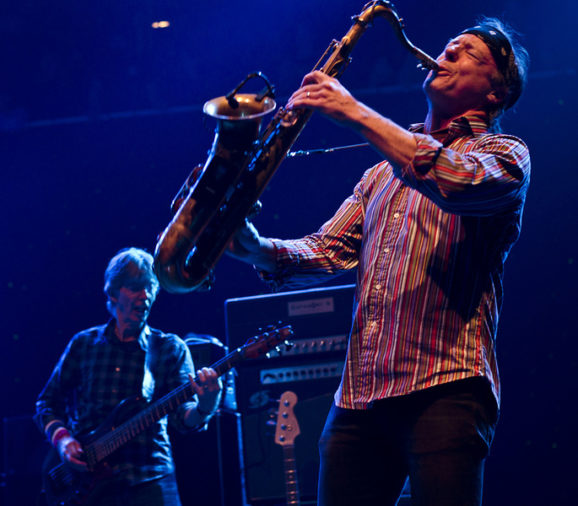 Pullin’ ‘Tubes: All That Jazz