In the relatively short time they have been a band (formed in 2015), Big Thief has developed an almost feverish following. Their ascent and the prolific songwriter credentials of frontwoman Adrianne Lenker is similar to that of Bright Eyes and Conor Oberst in some ways, with Lenker hailed as a master songsmith from a very young age. But the most impressive part of Big Thief’s success is that they have achieved it on their own terms, refusing to be tied down to any one sound as they shift from indie rock to folk to country and Americana, sometimes in the span of a single album. Case in point is their sprawling new album Dragon New Warm Mountain I Believe in You, which includes some of the quartet’s finest songs to date. On Wednesday, May 4th, Big Thief played the second of two sold-out shows supporting the album at the Roseland Theater in Portland, Oregon.

Anyone who has listened to Big Thief knows that they are influenced by a wide range of folk music. For this tour, the band invited the somewhat obscure artist Tucker Zimmerman to open, playing his first ever run of U.S. shows. Striking the balance between freak-folk and fisher poet, Zimmerman delighted the audience with songs like the playful and loving “Mexico,” the gruff “Portland Town” (a local-flavored cover by his late friend Derroll Adams), and a “jump rope jingle” filled with nuggets of pop culture nostalgia called “Showdown at the Dairy Queen.” Accompanied by only his 12-string acoustic and the occasional harmonica, the 81-year-old Zimmerman seemed grateful to be sharing his music so many decades later with the young and appreciative audience.

Those expecting Big Thief to play a more electrified show would have been disappointed by the band’s decision to play this set almost entirely acoustic and seated. Luckily, the crowd – seemingly populated by every barista in Portland – was intent on listening. Opening with the acoustic country folk of “Change” with its gorgeous full band harmonies and guitarist Buck Meek layering in a beautifully subtle guitar texture, the band quickly set the tone for the evening. The enchanting and warm folk of “Dried Roses” followed by “Two Hands,” with Lenker’s voice shimmering like an angelic theremin, signaled that the band was committed to softer material. Seated and bathed in autumnal lighting, the performance took on the feeling of an intimate campfire gathering in the woods. The audience reciprocated by staying almost painfully silent for much of the show to the point of being able to hear the floor creak. The band seemed to enjoy such a muted and respectful reaction as they made their way through songs like “12,000 Lines,” “Wanted You to Stay,” and “Sadnes as a Gift.”

“Replaced” found them picking up momentum a bit, while the Lenker solo tune “Dragon Eyes” was given a sadder urgency than the album version. Though he would weave in electric guitar textures throughout much of the show, Meek was able to crank up the volume a bit when the band got to “Simulation Swarm,” which also featured Lenker’s strangely pleasing guitar work. The band would lean into a more lively Americana sound on “Happy With You,” following it up with the infectious folk-rocker “Certainty.” One of the biggest highlights would come when Lenker’s brother Noah joined the band to lay down some solid jaw-harp playing on timeless tune “Spud Infinity” with its rollicking tempo reminiscent of The Band. They would stay in a similar vein when they closed the evening with “Cattails,” leaving the stage without returning for an encore.

Throughout the set, there was a fragility and a preciousness to the music that was reflected in the way the band presented themselves, as if each song was a gift they were bestowing upon the crowd. Though there were surely some in attendance who were hoping for a livelier performance, for the most part the audience seemed to hang on every note. Frustrations aside, it was hard not to be impressed by the reverence exchanged between the band and their fans. In Portland, Big Thief once again made it clear that they do things on their own terms and that their dedication to their music is pure. Leaving the performance, it was apparent that receiving such attentiveness is paramount to anything else for the members of the band, whether they are playing a sold-out rock club or a tiny coffee shop. 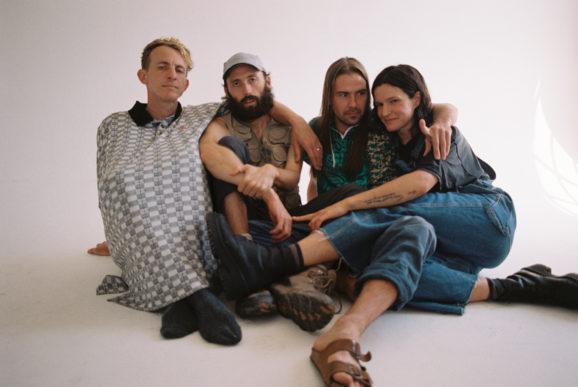 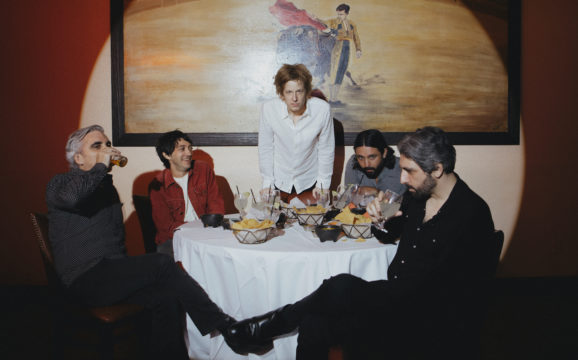 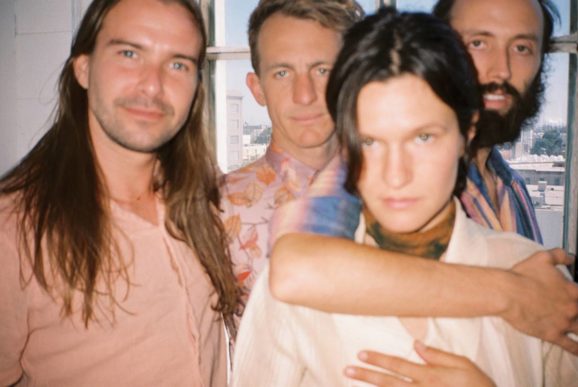