Captured at Woodstock, New York’s Levon Helm Studios in the summer of 2011, Carry Me Home features a pair of icons, Mavis Staples and Levon Helm. The live recording has Staples’ and Helm’s bands operating at full throttle in an eclectic setlist of tunes made famous by the likes of Nina Simone, The Impressions, Bob Dylan, and The Rolling Stones, and, of course, a Band tune for the finale. While one gets tremendous joy, and maybe even goosebumps listening to these spirited performances, it’s bittersweet when realizing that Levon has been gone for over a decade now. Mavis continues to perform to adoring audiences. In fact, it would be difficult to find any two performers who naturally endear an audience as much as these two. So, this is a memorial, a homecoming as Mavis hadn’t seen Levon in many years, and a fond farewell all wrapped into these dozen tunes. “It never crossed my mind that it might be the last time we’d see each other,” says Staples. “He was so full of life and so happy that week. He was the same old Levon I’d always known, just a beautiful spirit inside and out.”

Levon’s barn is not a large venue. Maybe 200 patrons can squeeze into the wooden barn, designed by Levon and his former compadre, Garth Hudson, to be sonically and socially conducive to performances. The venue has the best acoustics this writer has ever experienced. Those who have been fortunate to attend a performance there would likely agree. Staples says, “There’s just an aura. A good feeling comes over you the moment you walk in. It feels like home.” She easily could have added that Levon is the consummate host, making every guest feel that they are indeed welcome in his home. That kind of spirit washes over this entire performance, with musicians feeding off the enthusiastic audience and good spirits abounding throughout.

Levon has long admired The Staples Singers and the performance of “The Weight” with The Staples in The Last Waltz remains one of the most memorable highlights of the film even though it was not in front of an audience. So, in some respects, these recordings take that same chilling emotion to even a higher level. The show begins in Staples Singers style with Levon’s band providing the horn blasts accompanying the Civil Rights anthem “This Is My Country” with Mavis’s singers, Amy Helm, and others on the choruses. The classic gospel blues “Trouble in Mind” follows, with Helm’s signature delayed back beat driving his band in support of Mavis’s impassioned vocals. The a cappella version of “Farther Along” gives it added impact. The shuffling “Handwriting on the Wall” is another gospel classic, just brimming with passion and engaging rhythms.

While “I Wish I Knew How It Would Feel to Be Free” makes us want to join in, it is always a reminder that these Civil Rights anthems sadly ring as true today as they did sixty years ago. The version of “Move Along Train” is similar to the version Mavis recorded with Marty Stuart and His Fabulous Superlatives but the horns and Brian Mitchell’s B3 organ, Rick Holstrom’s searing guitar, and the background vocalists give this one added punch. “This May Be the Last Time,” so famously rendered by both Irma Thomas and The Rolling Stones, digs deep and is another that leaves a bittersweet residue as does the refrain of “I’m going home” in “When I Go Away,” a Dixies Hummingbirds tune covered by Helm on his Electric Dirt album. The version of Buddy Miller’s calming “Wide River to Cross” offers superb harmonies from the backing vocalists and ensemble horns. Naturally, the set includes the stirring “You’ve Got to Move” and Dylan’s “You Got to Serve Somebody,” two that Mavis often performs in her live sets but enhanced here with Holstrom’s driving guitar backed by the full band. The fitting climax is none other than “The Weight,” bringing the audience to their feet when Levon, for the first time in the performance, joins Mavis on vocals. The emotions are just overwhelming at this point.

If an album can make you cry, this one will. It’s a stellar performance for the ages. 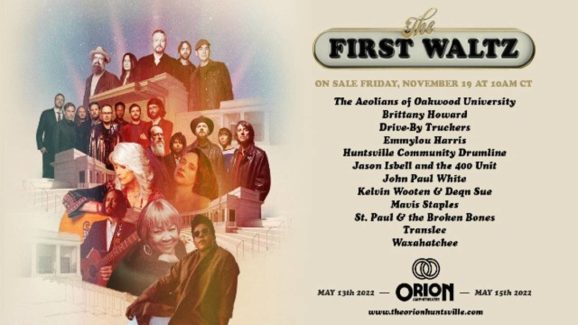 Video: Mavis Staples – I Like The Things About Me