On Tuesday, May, 17th, Lyle Lovett and His Large Band kicked off a unique four-night, six-show stand at NYC’s City Winery. Joining Lovett on acoustic guitar was his large band of eleven players including four horns plus three backup singers and his incredible long-time singing partner Francine Reed (who is only on the NYC leg of the tour).

If Tuesday night’s first installment of classic Lovett banter and musicianship is any indication, this run is not to be missed.  His 22-song (or was it 23), almost two and a half-hour set drew heavily from his new album 12th of June, included many of his “must play songs” and called up some infrequently-heard gems. Despite it being the first night with His Large Band (earlier shows this Spring in the South and Texas were with his Acoustic Group), they were tight and well-rehearsed.

At showtime, the entire band walked out, filling the large stage of the recently opened City Winery at Pier 57.  Yet the first song –  a very un-Lovett-like “Are We Dancing” off 12th of June featured only his pianist Jim Cox and Lovett crooning. Lovett exited the stage as His Large Band kicked into the first track of the new release “Cookin’ at the Continental”, typical Large Band fare. Lovett re-emerged and they launched into “Pants is Overrated” the first single from the new album. This song is so “classic Lyle” that it feels immediately familiar, and this reviewer spent a few hours relistening to Lovett’s catalog before concluding it is not just new words to an old song, it just has all the classic elements of a Lovett song – Lyle singing over a simple drum and melody and steadily adding more instruments and voices, catchy chorus, and laugh-out-loud lyrics.

The set cranked for another two hours as Lovett introduced most songs with his signature dry humor.  A generous bandleader, Lovett let many of his players shine including fiddler Luke Bulla, alto sax Brad Leali, and of course singer Francine Reed. Reed not only provided backup with the three other male singers but dueted with him on two of the three covers from the new album played that night, “Straighten Up and Fly Right” and “Gee, Baby, Ain’t I Good To You” and sang on her own with His Large Band on “Wild Women Don’t Get the Blues”. Having Reed also allowed for excellent renditions of “Here I Am” and “What Do You Do”. In addition to nine of the eleven tracks off 12th of July, the setlist included “If I Had a Boat”, “She’s No Lady” and infrequently played “Cute As A Bug” and a Guy Clark cover “Anyhow, I Love You”.

A highlight of the show was the band introductions. Yes, the band intros. With 15 other musicians on stage, this is the time when one chooses to find the lavatory or check your email, but not when Lovett’s doing the intros. His usual crowd banter was turned to his players for everyone’s amusement (except the audience member who tried to join in and was good-naturedly but directly chastised by Lovett). He chatted up each musician after introducing them and noting their hometown. When he got to Alto Sax Brad Leali, he asked Leali if he even owned a hat. Lovett seemed to take note of Leali’s discomfort when he responded that he didn’t wear a hat because of his hair to which Lovett responded that he had the same problem, but he saw a hat in his future. On cue, Lovett and the band launched into “That’s Right (You’re Not From Texas)”.

A review would not be complete without singling out the fabulous and exceedingly smooth backup singers Willie Green, Jr., Lamont Van Hook, and Jason Eskridge, each with a different stage presence and vocal range; they seemed to not be checking in with each other or with Lovett visually, but the sound was spot on.

And as though all that was not enough, Lovett and His Large Band returned after a very short break for a two-song encore. As the first notes of “North Dakota” starkly floated from the stage, the well-versed Lovett fans knew what was coming, the bleak and beautiful stunner from Joshua Judges Ruth.  The closer was an excellent, laugh-out-loud, full-throated “Church” from that same album. As the band exited the stage, the crowd took a collective second to exhale at the top-notch brilliance of the show and then exited fulfilled. 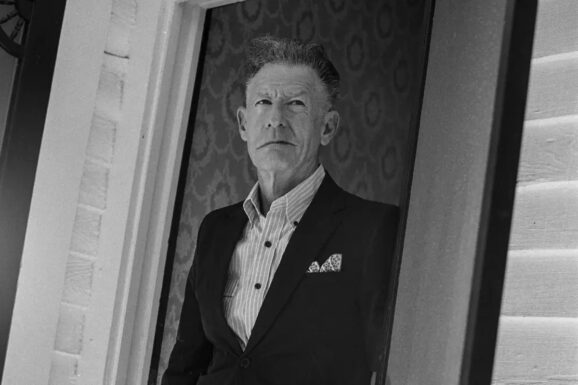 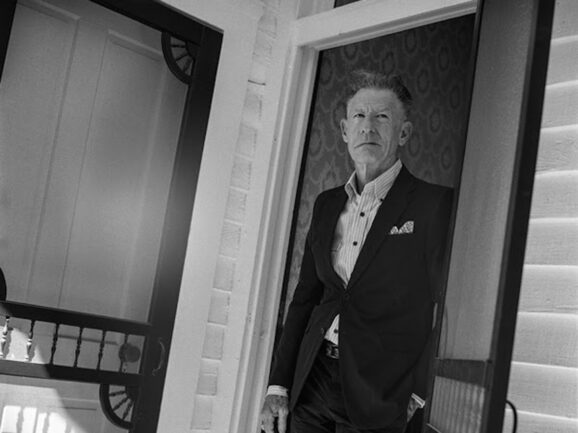