Jacob Garchik, the Rising Star trombonist in the 2018 Downbeat Critics Poll, has already earned a reputation for shunning conventional, straight-ahead jazz albums, although in a strange way he gets closer to that here on Assembly than on previous efforts that pushed gospel, heavy metal, and rhythm section-less big bands. On Assembly Garchik expands his long-running trio to a quintet comprised of regular members pianist Jacob Sacks and drummer Dan Weiss along with joining members, bassist Thomas Morgan and soprano saxophonist Sam Newsome. This sounds pretty standard until one examines his approach to this edgy recording.

Garchik convened the quintet twice, first to play blues and standards in a jamming atmosphere – a release of pent-up energies from the stay-at-home pandemic routine. Then, for the next three months, Garchik went into a different kind of assembly mode – cutting, pasting, transcribing, composing, rendering, and revamping.

The band met for a second time in May to record Garchik’s original compositions and collages and found themselves sometimes playing atop their previous playing. So, while most jazz records faithfully capture performance, this one uses techniques more often found in rock and pop records, where the studio creation may, at times, supersede, or at least alter the musical performances. Garchik, though, does the same wildly inventive things here beyond the usual use of electronics or effects. He and his bandmates can play in the true bop traditions but these melodies and rhythms often collide in unexpected ways.

In the opening “Collage” he lays down two tracks in unrelated tempos at the same time. The tonalities are striking from the outset, the high register of the soprano paired against the bottom end trombone across a bed of effects and an intriguing array of bell and clatter-like percussion. Garchik says three of them are soloing at the same time, playing rhythm changes but wanted to create the overlaid track so the listener could pick one or the other, depending on their mood. That may well be a first. While “Pastiche” takes a more usual tact, his swinging trombone over Morgan’s walking bass line, Weiss’ steady rhythms, but later he double times Newsome flying over Sacks’ comping. “Bricolage” has Newsome’s soprano sounding authentic, soloing over Morgan’s two-note bass figure. As Morgan increases the notes, Newsome turns to the contrapuntal mode.

“Homage” is roughly based on McCoy Tyner’s “Contemplation” and features four trombones, two saxes, four pianos, four basses, and three drummers. Only the most astute jazz listener will sense to the connection to the Tyner piece though as the layers are overwhelming, even after a few listens. Garchik describes it as “an experiment with the type of massively overdubbed rhythm section that you find on pop records but put in a swinging jazz setting.”

“Fanfare” has the unit blowing a series of repetitive phrases before it dissolves into a ballad mode echoing Ellington’s “In a Sentimental Mood” with Garchik playing beautifully to Sacks accompaniment. Then, expectedly it shifts into a frantic pattern and then to Sacks playing a delicate solo before Garchik returns, using a mute but retaining the slow ballad tempo. True to its title then the frontliners take it out.

All considered this is the most conventional jazz take of any. “Idee Fixe” is on the more bizarre side, consciously simulating a ‘broken record’ as Garchik freezes Sacks’ solo midstream, and then sets up a series of dreamy loops capped off by Weiss’s drum solo. Garchik goes even further in “Fantasia.” While it seems as if he is digitizing Newsome’s soprano, instead he attached a plastic hose to the neck to bring the instrument into a lower range. The drone-like effects are unsettling. As if befitting a vacuum cleaner that’s not working right, but they are interesting too. “Impromptu” is a brief fragmented piece that pits the grumbling trombone against a strident soprano. “Reverie” finds the leader again soloing to Morgan’s bassline, playing an Ornette-like angular bop, making room for a Morgan solo, and re-entering to an abrupt close.

At the core of it all, the musicianship is first-rate. Although Garchik applies various techniques, the post-bop sound comes through, yet it’s the unexpected in every cut that makes it a most captivating listen. 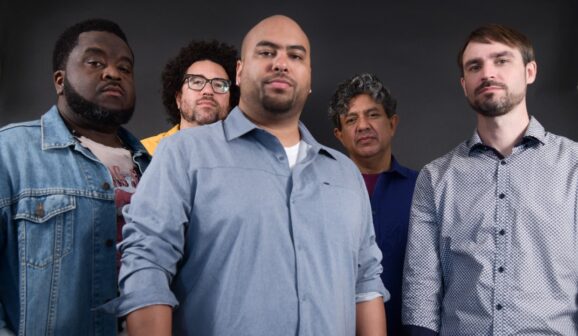 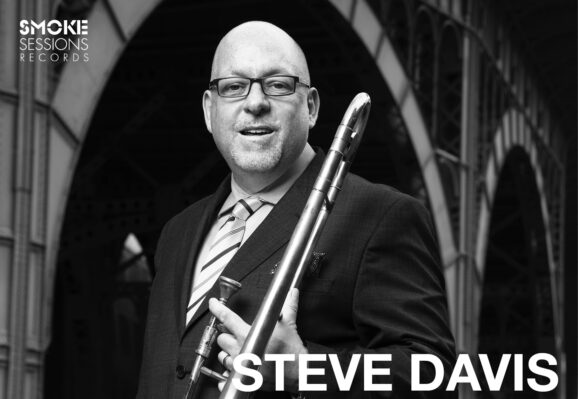