We’ve long come to know Rod Picott as one of the rawest and honest songwriters in the genre, and he continues to deliver some of his most intimate and deeply personal material with Paper Hearts and Broken Arrows, rendered by a small band and helmed by Neilson Hubbard, who has become Picott’s go-to producer in his recent efforts. In the promotional materials alone, Picott writes with more lyrically rich content than most songwriters do in their songs. In past reviews, this writer has equated him to Dylan and Springsteen as a songwriter. His songs may not measure up musically to those icons, but his lyrics will consistently stand up to theirs. Picott’s albums are like that aged bottle of wine or whiskey you hoard for special occasions to be shared only with your significant other or maybe just alone. You marvel at his storytelling and dive in intensely as if it’s just he and you in that one room.  His songs are just too good to share with casual listeners who don’t appreciate great writing. They need hooks, melodies, and infectious beats.  But, for those that crave strong writing (the rest being only ‘nice to haves’), Picott delivers another dozen gems.

Picott is extremely proud of this one.  Some outlets have already dubbed it his “Blood on the Tracks.” Yes, these Dylan and Springsteen references abound. Unlike his previous magnus opus, Tell the Truth & Shame the Devil, Picott is joined by Hubbard on piano and percussion, Lex Price on bass and tenor guitar, Juan Solorzano on pedal steel and slide guitar, and drummer Evan Hutchings. His ability to craft the most detailed, vivid character portraits shines in many of these songs that comprise his fourteenth album. His themes are eminently relatable. The blue-collar upbringing comes through as per usual as do the demons that lurk behind unseen corners, constantly testing one’s resolve. All facets of love are expressed here too from the yearning to lust to regret. While the manual work of his previous profession, sheetrock hanging inevitably took its physical toll, you’re now starting to hear more cracks in his voice, more ruminations on loneliness as the life of a solo troubadour has exacted its tolls too.

Picott offers up more variety and even some hopeful moments, but his strength remains in the desolate dissertations, beginning with “Lover,” the weeping pedal steel accenting his yearning for a companion as he’s tired of living alone. “Revenuer,” though, embraces gritty rock in his Appalachian outlaw tale that reminds of the kind of material he delivered on Welding Burns.  His inspiration for the tune traces to his reading Taylor Brown’s novel The Gods of Howl Mountain.

He goes talking folk-blues in “Mona Lisa,” fantasizing about that special one rather futilely (“You’re not the Mona Lisa, I’m not your James Dean”). The gently flowing “Dirty T-Shirt” lays bare unabashed eroticism.  Another stellar outlaw tune, this one performed alone on guitar is “Frankie Lee.” A true highlight is “Sonny Liston,” as Picott has long had a penchant for boxing and the characters of the sport. Liston had a short-lived fling with fame that burned out like a fuse. He was a misunderstood tragic and dramatic figure that Picott introduces this way – “His momma didn’t know/When his birthday was.”

The personal comes to the forefront in “Lost in the South” as he contrasts his Maine upbringing with settling into Nashville, where they didn’t get his jokes, reviled at his accent, and his hurried pace. The tune if just rife with terrific lyrics and some relatable thoughts about how it feels to be the odd one out – “Funny how you don’t hear how you sound/Til’ you’re a pilgrim washed up on some foreign ground.”  “Washington County,” co-written with Mark Erelli,  has the theme of the oft-covered Jean Ritchie’s “The L&N Don’t Stop Here Anymore” as Picott decries the life of desperate rural welfare types who used to lumber in his native Maine while assailing the tourism that now offers the only real job – “There used to be some money cutting trees/But they bought up every lot/Along the coastline/Turned it all into BnB’s.”

“Valentine’s Day” has him pining about a lost treasured relationship alone on his acoustic. Originally, they tried it in a full band arrangement, about which he says when asked for his opinion, “I think what we have here is an Eagles song where the guy can’t really sing.” Instead, he played it slow, quiet, and ragged in his cracked voice as you hear it on the album. Thankfully, there’s no trace of the Eagles in the delivery.  He picks deliberately in what begins as an homage to his dad in “Mark of Your Father,” which ends with a remembrance of Marvin Gaye, who was gunned down by his own dad. “Through the Dark,” co-written with longtime collaborator Slaid Cleaves, has heartland rock as Picott ponders “one last chance to take you by the hand and lead you through the dark” akin to you know who. The other Cleaves co-write is the acoustic, practically whispered “Make Your Own Light,” which is a direct ode to the value of perseverance, something Picott knows all too well.

Grab it and spread the word. While you slip this in with your other treasured Picott albums, keep it handy. Not only does it carry the themes and kinds of stories that have built his reputation as one of our very best songwriters, but there are even a couple here with melodies and hooks that you can share as an introduction for the casual listener who may eventually grow to appreciate such great writing. 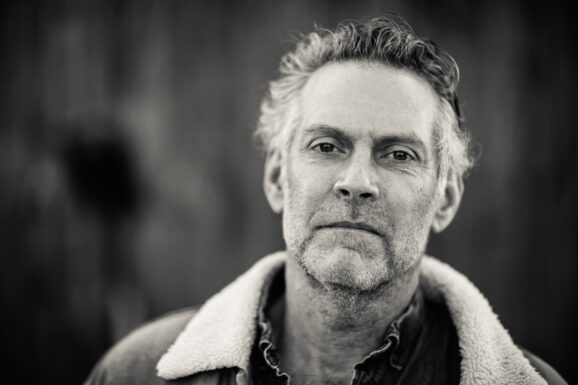