In a portrait of art imitating music, my computer wallpaper begs for me to close all open applications and delete the many tacky icons, which obstruct the detailed work. It’s a painting of moe. performing at the Langerado Music Festival in Ft. Lauderdale, and it fancies my imagination. Although my ears weren’t in attendance, it’s difficult not to imagine myself in sunny Florida in March – thanks to my latest desktop painting created by an artist I just discovered last summer.

In New Orleans, the Crescent City on the banks of the Mississippi River Delta, burgeons a marvelous place that rings with spontaneous energy, life and music that is truly “Naw’lins.” Most people heading down there later this month for the cultural odyssey known as Jazz Fest will most likely stumble across a fresh player in the live music scene, Performance Painter Frenchy.

Randy Leo Frechette, or Frenchy, as he is known to most people, is releasing the positive energy absorbed by live music and transforming it into a wondrous collage of colors, creating a true “work of art” at each live show he attends. But don’t consider Frenchy to be just another member of the band, as he is proud to admit, “I get to play a solo for the whole set, and eat my cake.”

Frenchy’ s new studio – the Frenchy Gallery – on Royal Street in the French Quarter of New Orleans, is stirring up new creations alongside the gumbo, crawfish, jambalaya and other fabulous musicians that are keeping it real in the city. He adds, “yeah the colors I choose have a lot to do with real emotion and going where the music goes.” Even as the Night Tripper himself, Dr. John, once described it, “that’s how real people play music in New Orleans – with feeling.”

Frenchy’s painting style is entirely unique in that it visually represents a snapshot in time of a particular concert, rather than a still-life or landscape. Similar to a live tape or disc that transports you back to a time and place through song, Frenchy’s paintings incorporate the whole vortex of energy that we experience at live concerts. And just like the musicians on stage who aren’t always aware of the end result of a jam, Frenchy really has no foreseeable idea about the end result of his paintings either, or as he says” I just go where the music goes.”

What makes the Frenchy style most unique though, is how the man positions himself within the crowd and paints. Grooving, feeling it and getting down in front of his easel, Frenchy might sometimes block your view of the stage, however you’ll get a taste of both worlds standing behind him as you witness two works of art being created through two different senses. “The best feeling I get man from the shows, is when people check me out and go home and paint something, therefore we’re both being inspired.”

Frenchy’s style is defined in his quick, small brush strokes that speak beyond the colors and shapes. The fluidity dances with the music, and if you listen carefully to the canvas you can almost hear the rapid fire drum buildup and swirling organ lines of “Bubble House” in his Medeski, Martin & Wood portrait, or Les Claypool’s bass thumping along to “Shine On You Crazy Diamond.” “Yeah, brush strokes for me are like my hand trying to keep a rhythm, the colors are just…there is so much in my palette, it’s whatever I feel like grabbing, they all work together.”

Frenchy looks down at his colors when necessary, but like a guitar player in the zone, that captures himself in a loop of shakes and twists, he feeds off feelings from the music, paints with blind emotion, and images just appear on his canvas. The background of Frenchy’s paintings provide a rainbow of energy that make each musician appear to have an aura – a glow of energy surrounding the musician that we aren’t physically able to see, but can feel and hear.

Does a painter whose performance relies so much on the musical subject ever become negatively effected in his final output? Does a bad show produce a soggy tale of boredom and frustration? Frenchy puts everything into perspective replying “I think everything effects your painting, you whole day…sometimes you just have a bad day, or bad show, it’s all good.”

Frenchy found himself mixing it up at the Bonnaroo Festival last June; a festival where he painted almost every act imaginable, from the early morning career defining set of Particle to the four hour festival closing act of the Trey Anastasio Band. Frenchy covered more ground at the three-day festival than Warren Haynes on Paxil. His most memorable career painting experience took place there during the second to last performance of the event, which featured two legends in their own right, referring to the Phil and Friends set that featured Bob Weir. “Bobby and Phil at Bonnaroo, it was magical. A lot of magic, a lot of people, a lot of good vibes. Overall a whole good experience.”

Frenchy had his own tent at the event and amongst the various homegrown vendors of clothing, ceramics and food, his canopy stood out as something new, fresh and happening. From his tent he showcased and sold his work while spreading his name out to the 70,000 plus fans in attendance. Although his canvas originals are for sale, a majority might be out of the typical audience price range. So to ensure that everybody can have the chance to hang a performance, Frenchy’s got six affordable prints available, including a dead on portrait of P Funk that will get your booty shaking, a stirring capture of Widespread Panic, and a funked out portrait party with the original Meters. Approximately once a month Frenchy will release a new print. Most will be limited edition serigraphs on archival paper, but occasionally a print will be made available on canvas.

His painting style most clearly resembles that of Leroy Neiman, another live painter most famous for his sports and lifestyle reproductions that incorporate similar color vibrations and dashing brush strokes. “Yeah, a lot of people tend to compare me to him, I don’t know much about his work, but everything I see I like. Among his personal favorites – Frenchy rolls off his favorites in a fan appreciative voice as if talking about his favorite guitarists, “I like everybody; I like Van Gogh, Rembrandt, Salvador Dali, Picasso, and Monet…he’s a badass.”

Frenchy, always had a knack for drawing, and a style that diminished any structured discipline. He grew up in the working class town of Lowell, Massachusetts, but decided a change of climate was in order and migrated to Orlando, Florida. While there, his creativity really evolved, and while waiting tables he ended up purchasing a book by photographer Herman Leonard, that featured portraits of jazz musicians. Frenchy saw the emotion in Duke Ellington and Miles Davis, and said, “yeah, I want to be there.” So began the Frenchy style as he worked to reproduce those photos with a flair all his own.

October of 1995 gave birth to his very first live painting experience. The eclectic brass band, Heavy Metal Horns, was swinging through the Orlando area and Frenchy called them up because they were from Boston, and a Massachusetts boy is always up for hanging with the hometown folk in Florida. He showed the band members his photographs and paintings and they immediately saw something special that captured the energy in music they hadn’t seen yet in the paint medium. “They said, 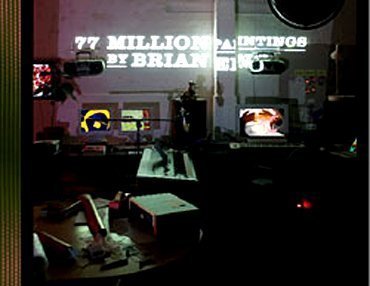