Earlier this month, The Disco Biscuits decided to fall back on their late night roots and gave a late start time to this past Wednesday night’s performance, which made for one of the most sought after tickets out there. With the Disco Biscuits performing less shows that usual of late, it left some fans unsure of how the holiday run would go. But even if they did speculate endlessly on the band’s ability to perform,the uncertainty didn’t hurt ticket sales as each night of the group’s NYC leg sold out well in advance of show time.

Brothers Past started the night off with some great jamming that got the sparse crowd out of their comfortable seats in the back and heading down to the front. Their always welcome cover of Depeche Mode’s Enjoy the Silence was dark and moody and a perfect contrast to the a steady builds throughout an opening set that included an on point version of  Leave the Lights On.

After a rather long set (and repetitive video) by the members of Orchard Lounge, the Disco Biscuits took the stage. The first set started off beautifully with The Very Moon and was rounded out with an inverted Mulberry’s Dream and tDB’s first take on My Lady Survives (which is generally played as the ending of Haleakala Crater) since 1998. This classic set had many long time fans reminiscing of good times in years past.

The second set brought a lot more energy, starting off with a fist pumping M.E.M.P.H.I.S which included a different jam than what has usually been seen in recent versions. While it could be said that the setlist for the second set wasn’t too ambitious, it kept the fans getting down all night long. The evening drew to a close with an all out sing-a-long to 42 (or rather a scream-a-long?), before fans ventured into the cold chaos of a pre-New Year’s Times Square at 4AM.

All year long, interviews and rumors pointed to unrest in the band, but if the setlists from the past three nights say anything, perhaps the worst is behind them. The first night of the run started off with Resurrection and the last night stunned the crowd with the very old school My Lady Survives, hopefully a nod to a new understanding among the members.

Tell us what you thought of the show – are the lack of tourdates in 2012 a concern for Bisco fans or were the shows a sign that the band is back and ready to move forward?

There is still time to check out The Disco Biscuits final shows of 2011 (tickets are still available for 12/30 and 31). Click here for more information. 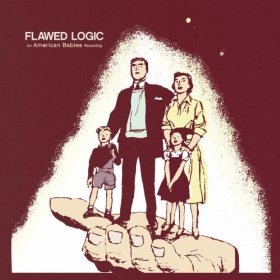