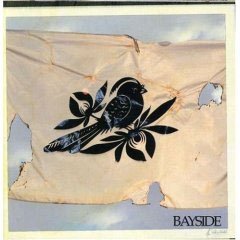 n like Alkaline Trio with title track "The Walking Wounded" and out like Brand New on closing track "(Pop)Ular Science," Bayside have done it again-absolutely nothing–on their latest and far from greatest 3rd full length.

While I’m more than 99% certain that by 2011 most if not all music/entertainment blogs and music/entertainment sites will all be talking about their “10 Best Bands of the Last Decade” I figured I would prematurely make a list of who I think are the Best Modern Rock bands of the decade so far. These are the bands I think people will still be talking about in years to come. Let the list begin.

10. Vampire Weekend: the Swift and Steady

There’s no need to reiterate what VW sound like or remind people of (by the way, it’s Paul Simon’s Graceland/Rhythm of the Saints mixed with a little bit of Talking Heads – or vice versa) because they have rode & conquered the buzz of the blog airwaves faster then the speed of light and now–if they want–they can have it all. For fuck’s sake , they have already been featured on the cover Spin and have played Saturday Night Live which means nothing to the people (people who discover music through blogs or word of mouth or randomly perusing Myspace/iLike/Last FM) above Spin/SNL but to the masses this means everything. Two years ago (2006) no one heard of this band. Why? Because they didn’t exist. And if you haven’t heard of them yet, then it’s quite possible you don’t exist.