Earlier today, Scotty posted a link in our Grousing The Aisles department to a must-download Steely Dan radio gig. That led our friend R-Keli (not the piss- and underage-lovin’ R&B’er) to point out

Grousing The Aisles: My Favorite Things

The past few weeks in New York City have been hotter than two rats fuckin’ in a wool sock. To beat the heat, I usually retreat to my air-conditioned apartment and throw on some shows from my favorite artists. So this week’s edition takes a look at what’s been playing on my stereo recently: a few of my favorite things.

Dweezil Zappa is currently leading the Zappa Plays Zappa troupe on the road this summer for a second world tour. This year’s tour features a completely different setlist than last year, one that relies heavily on tunes from the ’70s. A few weeks back the band played a killer set at the 10,000 Lakes Festival in Minnesota, and luckily someone taped the show and uploaded it to etree. Zappa Plays Zappa played a truncated set at the festie, but they hit many of the highlights they play nightly on this tour.

The night started with Dweezil and the band nailing Echindna’s Arf (Of You,) one of FZ’s most difficult compositions to play. Some of the other standout tunes of the set include a nasty run through Willie The Pimp and a rockin’ version of San Ber’dino. ZPZ did a nice job of mixing up long compositions with more accessible pop songs: In the middle of the show the band plays a long, drawn-out Dupree’s Paradise, only to follow it up with a two-minute romp through Uncle Remus. Zappa Plays Zappa is currently finishing their U.S. tour, but they will be back in October.

The Evolution of the Beastie Boys

The Beastie Boys kicked off the first of three straight New York City shows last night in the world’s craziest outdoor schvitz. A crowd of thousands braved the sauna-level humidity in Central Park’s SummerStage to watch Mike D, Ad-Rock and MCA return to their hometown and captivate sweat-drenched revelers with a perfect mix of songs that spanned their entire career. Most fucking impressive. Photo via BrooklynVegan’s Jeffrey — many, many more over there

Ahead of tonight’s concert at McCarren Pool and Friday’s Gala Event at the Hammerstein Ballroom, the well-dressed Beastie Boys took the stage shortly after 8 pm and rocked the park with 100 consecutive minutes of hip hop, funk, punk, and at one point, a kind of meandering acid jazz instrumental jam that reminded me more of ’60s psychedelics than half the jambands we cover.

Rather than go blow by blow, I’d rather speak to the unbelievable evolution of a band that’s seemingly been around forever. Appropriately for this trio that have recently released an album called The Mix-Up, the Beastie Boys and MixMaster Mike alternated between mike-devastating songs from Column Old School and experimental songs from Column Instrumental (with Money Mark on keys and Alfredo Ortiz on percussion) to produce a meticulously eclectic show. The Beasties rocked the mikes as well as their instruments, and almost everyone else in the park rocked the perma-grin as well as their white-boy dance moves.

You could tell the crowd wanted to be whipped into a total frenzy on tunes like Brass Monkey, Root Down, Intergalactic, Sure Shot and So What’cha Want, but at one point everyone just kind of ran out of gas from the extreme heat — how those three managed to not pass out on stage from dancing around in suits speaks to the energy they put into every show. Still, for as impressed as I was with the older material, the fact that they managed to mix in songs off the new album like Off the Grid and B For My Name without missing a beat made me happy to be a part of a crowd that accepted the incredible evolution of the band. Oh, and fuck: Sabotage closer? That’s how you make this guy smile downstairs.

For more great photos, make sure to check out BrooklynVegan’s gallery here. And read on after the jump for the full setlist…

We’re back with our newest regular department, and this week we turn to our buddy Neeko, who alerted us to this treasure trove of Springsteen bootlegs. Check out the Bruce Springsteen

Yeah, it’s that time of the year when we think back to when we were kids on a softball field in Middle of Nowhere, Pennsylvania, seemingly tucked away in a

Following a successful summer run of high-profile shows overseas including headlining the mainstage at Benicassim in Spain after Muse and the Glade Festival in Reading, U.K., UNKLE has announced it 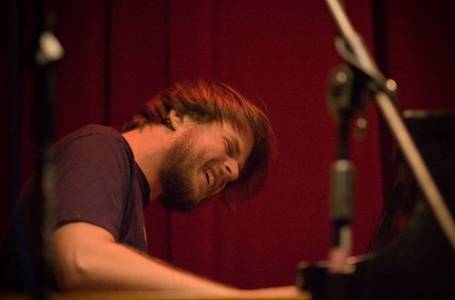 November 2006 brought us a Democratic victory in the midterm elections, Tony Romo throwing five touchdowns for the Dallas Cowboys on Thanksgiving and Marco Benevento playing five Wednesday shows as part of his residency at the legendary former club, Tonic. As far as I know, that’s all that happened. 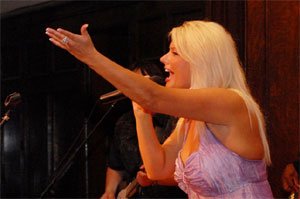 On the surface, St. Louis country-rock artist Rena Summers has a lot of things going her way. She has just released her debut album, It’s All About You, a collection of songs that were mostly written herself. She has a band that knows how to bring her songs to life, capturing simple and pure energy to complement her vocals. And on this special night, she got to show off her tunes and her band off at one of St. Louis’ best venues for intimate, live music: The Sheldon. 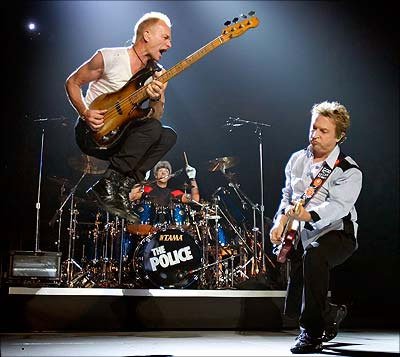 Summers and Copeland claim publicly that they've struck that delicate balance between the acceptance of Sting as the undisputed creative force and providing him the freedom to utilize it, warts and all. That fragile equilibrium was in full display on the very same stage where they officially said goodbye. The results were electrifying enough to remind everyone in attendance why they were so big in the first place.