Bloggy Goodness: Conor’s One Of My Kind

We’re passing this along from Umphrey’s McGee’s blog The Floor. When 18 year old Derrick Meade was diagnosed with level IV lymphoma he could of asked for anything from the

[Originally Published: September 27, 2007] When San Francisco’s Grateful Dead first played the song Dark Star in 1967, it signaled a major change in the both the band’s songwriting and the way they approached improvisation. What had been a jug band two years earlier was now revolutionizing rock by combining aspects of psychedlia, jazz and classical music into their songs.

The Dead played 232 versions of Dark Star between 1967 to 1994, according to Deadbase, and each one sounds completely different from the others (there’s a snowflakes and fingerprints joke here, but we’re not quite that lame). Over the years we’ve listened to many of these 232 versions, and we’ve come up with a special B List of our 10 favorites, including a link to streams of each show.

1. 9/21/72 – Jerry and the boys do a nice job of keeping things interesting throughout 37 glorious minutes of improvisation

3. 2/27/69 – This version of Dark Star, which was released as part of Live/Dead, was the first version I ever heard and helped me get into the music of Dead. It still stands up today as an incredible example of how ferociously the Dead used to jam in the early days. Read on for seven more classic Dark Stars…

A couple of weeks ago I made one of those random Spinal Tap references that seem to come up all too often when you’ve had a few beers and you’re over analyzing rock minutiae with a group of old friends. In response, someone casually noted that it was actually the 25th anniversary of the cult classic this year, which although seems completely plausible, is mind-blowing when I think of the quarter-century that’s passed so damn quickly. But that cold water reality check got me to dig up the rest of the class of ‘84, just to see who else had reached the Silver Anniversary this year. What I found was an instant Netflix queue of “not so” timeless classics.

Back when Eddie Murphy was still relevant, Axel Foley was the ultimate rogue cop with a smile. The BHC franchise is a vintage Murphy, and the first is a must-see, but the real gem here is the instrumental, “Axel F” which just never gets old.

They sure don’t make videos like Jefferson Starship’s No Way Out anymore. A “wtf” weird fest for the ages… perhaps you remember this one sandwiched between Martha Quinn, The Cars’ You Might Think and Wang Chung’s Dance Hall Days on MTV back in ’84. Sometimes you can’t even say, “well it was the ’80s,” to let this video mishap slide by. I guess we’ll just blame it on the coke.

This Jefferson Starship video – No Way Out was launched somewhere between the surnames Airplane and the plain “Starship” proper, back in the Huey Lewis leading man era, when the musicians themselves played insignificant yet comedic acting roles. Shortly after, Starship would hit the charts with such gems as We Built This City, Nothing’s Going To Stop Us Now and Sara.

The video starts off with Mickey Thomas, (Fooled Around and Fell In Love singer previous day job singer of the Elvin Bishop Band) with his pubic natty haired mustache leading him into the house of no return by a medieval Grace Slick. Now this is the same, “Don’t you want somebody to love?” psychedelic scream queen from the ’60s. She’s no longer middle ages anymore, google a recent picture of her and she’s more like a blue haired granny.

READ ON for more of this special Pullin’ ‘Tubes…

After conquering one of their favorite arenas in Hampton, Phish will visit some familiar venues this summer and in the first of a two-part column, we’ll take a look at the band’s biggest triumphs at each place so far…

A solid first set, sprinkled with classics off of Rift, paved the way for an aggressive second set that opened with a typical-for-1993 length 2001 but exploded from there. Run Like an Antelope is especially ferocious with Trey bringing the jam back around with extra oomph. My Friend My Friend and a big YEM > BBFCM also highlight the second set.

READ ON for more of Luke’s list of Summer toppers… 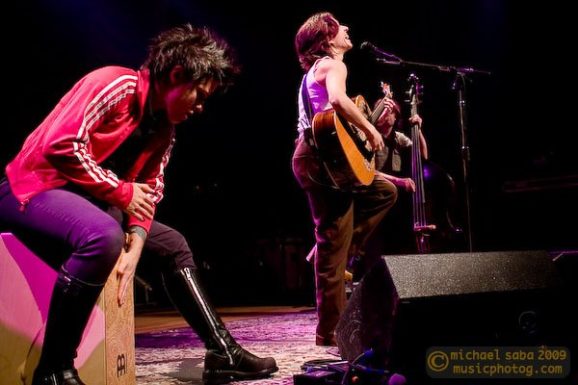 Ani DiFranco performing at the Variety Playhouse in Atlanta, GA on March 21st, 2009. 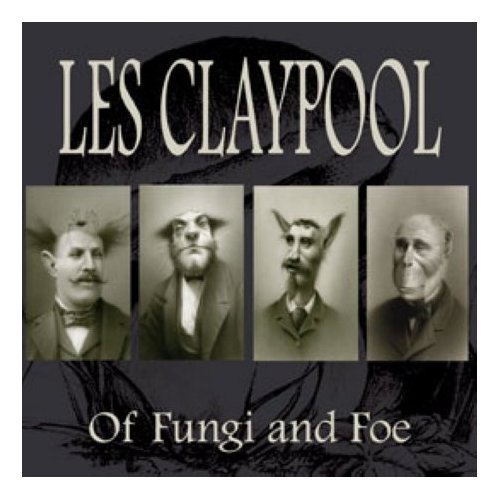 Les Claypool: Of Fungi and Foe

Les Claypool is a rare beast.  After being asked to score music for a videogame (“Mushroom Men”) and a horror film about a mutant pig (“Booneville Stomp”) he decided to keep the weird juices flowing and put out a full length album.  Maybe he should have slowed his roll a bit.  Of Fungi and Foe is a scattered, loose effort that feels like Les is reheating some leftovers.

Eclectic modern-music troubadours Akron/Family have a myriad of tour dates which will take them across both sides of the Atlantic this summer. The tour will have them stopping off at

For the first time ever, guitarist Jimmy Herring will tour with his own band – a hand-picked ensemble of all-star musicians. The Jimmy Herring Band features Herring on guitar, drummer