In the spring of 1992, I entered a radio contest on KGON here in Portland. The deal was, Spinal Tap was coming to town. Now, Spinal tap tours are scarcer than The Who Farewell tours, but this contest had a twist.

Anyone who has seen the 1984 mockumentary, This Is Spinal Tap

would be familiar with the concept of the disappearing drummer. From tragic gardening accidents to excessive explosives, the throne behind the skins seemed cursed. So the concept put forth by the morning drive time team of Dave & Tom was to have an emergency percussion unit standing by in case the Tap’s touring drummer at the time (a back from the dead Mick Shrimpton in this case) didn’t survive the evening’s pyrotechnics.

Contestants who got through on the phone lines were pitted against each other in a drum-off each morning, the winner getting a pair of drum sticks as well as tickets to the show. The grand prize winner, chosen by another final drum-off the Friday before the show, would be feted to dinner, a limousine ride to the show, backstage, the whole enchilada. I had a trick up my sleeve for the final. Two thin screwdrivers for drum sticks and two ceramic coffee mugs for cymbals. A little razzle-dazzle into the phone on the desk and I held the title of Emergency Percussion Unit for Spinal Tap.

READ ON to find out how A.J. did and his thoughts on a recent show…

Friday for the Foodies: Russ & Daughters

When I was a nice Jewish kid growing up in Essex County, I always looked forward to the times when the family would have bagels, lox, whitefish… you know “The Whole Schmear”. Thankfully, living in New York City and working in the Village has allowed me to be close to one of the few remaining stores that celebrate those great foods of my childhood and Jewish heritage. That place is Russ & Daughters, opened in 1914 and still going strong today.

Mark Russ Federman, representing the third of the four generations of famed Russ & Daughters, will guide you on a tasting of his extraordinary wares. From humble Herring to luscious Lox, Mark will be explain all—accompanied by a generous side order of the stories behind this New York culinary landmark, judged by the Smithsonian Institute as “part of New York’s cultural heritage.” Joining Mark will be Russ & Daughters’ long-time manager, Herman “The Artistic Slicer” Vargas. Join us in the Study at Astor Center, and pull up a chair for an experience you won’t forget.

Back in March, Ray LaMontagne performed Trouble and You Are The Best Thing for his debut appearance on NBC’s Saturday Night Live. That episode will be repeated, with guest host

Spoon have announced details of a three-night mini-festival set to take place in Austin, TX in July. SPOONX3 will feature performances from And You Will Know Us By The Trail

After completing his spring tour with The Dead, Bob Weir and Ratdog will embark on a string of summer dates, some of them solo, along with Jackie Greene and moe. 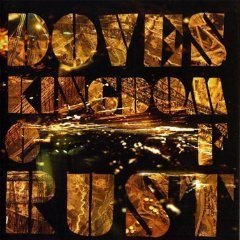 Doves, unlike their aviary moniker aren’t so peaceful as they are graceful and edgey, as Kingdom of Rust flies with more sonic flairs.