Set 1: Kill Devil Falls, The Moma Dance, Sample In A Jar, Stash, Dog Faced Boy, Gumbo, Tube, Lengthwise, The Divided Sky, When The Cactus Is In Bloom, Bold As Love

Lots of banter from Trey throughout the middle of the first set about Fish’s journals. Fishman kept a journal while the band toured in the early years and Trey would “steal” Fishman’s thoughts and put them to music.

READ ON for stats on the songs played tonight in Asheville…

With Scotty, myself and the rest of the HT crew taking in most or all of Phish’s first six shows of their Summer tour we almost let the fact that

The hoards of people surging towards the gates of the venue at Camden – who knows the amphitheater is called this year – were ready for the show. They were screaming and whooping in waves, overcome with anticipation and the spoils of a glorious, sunny day on the lot at a Phish concert.

[All photos by Jeff Volckhausen]

It was the sound of the circus come to town, and it brought with it a smile – it was a sound missing at Jones Beach, despite how truly excellent those three nights were. Inside, the place was packed from the stage lip to the fences as Phish hit the stage running with Chalk Dust Torture, followed by a stellar version of Fee during which Trey flubbed the lyrics, started laughing and then joined with Page for a rich, deeply hued jam that grew and glowed organically, reds and purples across the stage and ember colors creeping from behind the cloud cover over the Philly skyline. It was unique, and a sign of things to come.

To start the improv in Wolfman’s Brother, Fishman set to dancing brightly, drawing everyone else into his groove. The guitar was lacing between Mike’s slapping lines, a clavinet spilling over top it all, and eventually Trey swung the lead up and cut loose, wailing to a shattering peak – the second in what would be a night of stellar thematic jams.

READ ON for more of Dan’s thoughts on Phish @ Camden…

Navigating traffic on the way to Phish at Jones Beach last Friday, myself and four friends in the car started naming a bunch of great “rain” related Phish songs that could be played in honor of the impending weather. They didn’t play any of our ideas. Though I did take away my next selection for CW and that is this song off of the 1963 album The Freewheelin’ Bob Dylan.

Every webpage out there supplying information on this song is quick to point out that the structure of the lyrics is based upon an old Scottish ballad titled Lord Randall. Have a look at the first verse…

Bill Frisell: Leading off this week we’ve got our only instrumental rendition and it’s from one of the greatest living guitarists, Bill Frisell. Bill has got a lot of great folk/rock instrumental covers out there, I am particularly fond of his performances of I Heard It Through The Grapevine and Have A Little Faith. Source: East/West

As we previously mentioned, this summer two powerhouse classic rock acts from the ’70s – Aerosmith and ZZ Top – will join forces for a lengthy summer run playing a

Gear Up For The Big Surprise Tour

Born out of a deep running comradery built on countless tours and ties between a host of excellent musicians comes THE BIG SURPRISE TOUR, a traveling show of epic collaboration

Building on the momentum of registering more than 100,000 voters last year, HeadCount has launched a new campaign called “What’s Your Issue?” that encourages fans of live music to take

Within days of Alternative Press including Censored Colors on its list of 10 Essential Albums of 2008, the members of Portugal. The Man were trekking through the Boston snow to 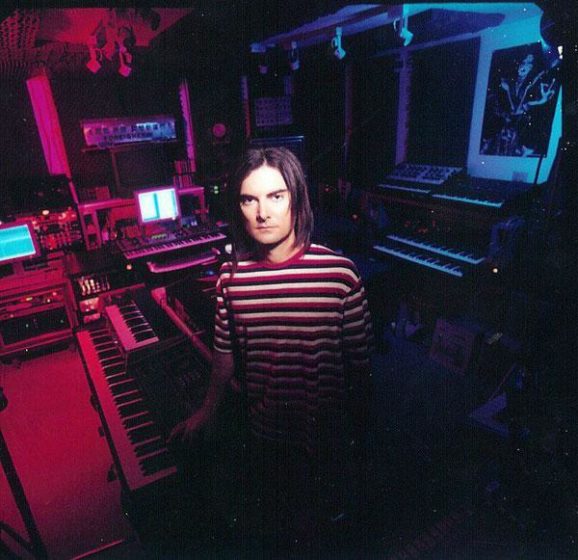 Multi-instrumentalist, singer, songwriter, producer and arranger Roger Joseph Manning Jr. will have to add ‘Guru’ to his list of titles.  While discussing the release of his latest album, Catnip Dynamite (Oglio), Manning waxes philosophical on the virtues of self-reliance and individuality, themes that have more or less defined his career and have equipped him with a razor-sharp focus in articulating his profound musical message time and again.