10 Years Ago in Phish History: Best Wading in the Velvet Sea Ever & the Raleigh Tweezer

Today marks the tenth anniversary of a show near and dear to my heart – Phish at the Reynolds Coliseum on December 16, 1999. When Phish announced that they were playing at Hampton for two nights at the end of their fall tour in 1999 I just couldn’t miss it. The Hampton runs in ’97 and ’98 were not only four terrific shows musically, but I had the time of my life those weekends and consider them as two of the best weekends of my life.

The problem was I didn’t have a job or a car and my parents asked me to watch their house while they went on vacation. Yet, I knew I couldn’t miss the shows. My good friend Zach Read talked me into going, but of course there wasn’t much to talk me into. He was renting a van and driving it down. The only issue was that he was also hitting the DC and Raleigh shows. Sorry Mom and Dad, your house will have to take care of itself.

We assembled a terrific crew and the van picked me up the morning of the DC show. I had a fun time at the unmemorable show in Washington before we woke up the morning of the 16th and headed to Zach’s mom’s place in Chapel Hill. Zach’s mom is an incredible woman and she was actually coming to the show with us. She had picked up on some of the band’s music through discs Zach had left at home. We all knew her favorite song was Wading in the Velvet Sea and even though we all didn’t like the tune we were rooting with all we had for the band to play it.

We receive all sorts of CDs, DVDs and assorted materials to review at HT HQ, but it’s not often we receive board games. Yet, there it was, Grateful Deadopoly staring

[Thanks to tgakidis for this week’s photo]

The Orange Peel was the site of the pre-jam, the concert that takes place before the Annual Warren Haynes Christmas Jam down in Asheville, North Carolina. For these tracks, Ani is first joined by just Warren and for the second track both Warren and Jeff Austin from Yonder Mountain String Band. Ani says that she has just recorded the second tune with the Preservation Hall Jazz Band for a benefit CD, more info on that here. The crowd is a little bit chatty, but a nice collaboration nonetheless. Ani next plays January 20th at the Harro East Ballroom in Rochester, NY.

READ ON after the jump for more tracks from the last weekend’s Warren Haynes Christmas Jam, Furthur and Old School Percy Hill…

How often do we all throw down ten bucks on a lousy footlong combo meal at Subway, complain that it isn’t very good, and proceed go about our day never to give it a second thought?

On the flip side, somehow the spawn of the digital music age made us all feel like we didn’t need to pay the same ten bucks for the hard work of our favorite musicians. Why? The logic’s fuzzy here.

If our friend owned the Subway, would we want that free too since we got the hookup? If nobody was working at the Subway and we could take one for free without them knowing who did it, would it be another story? Is the fifteen minutes of enjoyment of eating Subway actually worth the ten bucks, whereas the hours of enjoyment we get from the music is not?

In all seriousness, this is not meant to be a high horse ride, as we’re all guilty to some extent; however, since we try to stay on the forefront of the issues here at Hidden Track and do our parts where we can, we thought an article regarding the dire state of being in the recorded music business seemed apropos. Thus, today we have assembled a “virtual panel” consisting of Kevin Calabro, General Manager of Hyena Records and Royal Potato Family as well as Frank Woodworth, General Manager of Eleven Seven Music. Frank also recently hosted a panel at CMJ called Small Efficient Record Label – Big Results. Welcome Fellas.

Hidden Track: Of the various new forms of online distribution for album sales, such as subscription download services like eMusic, subscription streaming services like Rhapsody, or straight up online sales like iTunes, which do you think makes the most sense long term?

Kevin Calabro: It’s really tough to say. Right now, by far the most profitable form of online sales is iTunes. This is the only facet of online sales where any profit is being made. We see a lot less from subscription models like eMusic, but it’s still better than streaming.

The money artists are seeing from streaming services like Rhapsody is virtually nil. I’m not sure of the exact rate, but it’s something like ¼ of penny for every stream and it just does not add up. I suppose if everything goes to the cloud and everybody begins listening to music on demand via stream, and we see a subscription fee built into ISPs then maybe that’ll start to make the difference. But right now streaming is a scary notion for someone like myself who’s trying to fund records and then consequently spend money to promote them. Currently, there’s just no way the money being earned from streaming can sustain the costs of making and promoting records.

Take a quick glance at any Best Of album lists for 2009 and you’ll probably see Grizzly Bear’s latest album Veckatimest featured somewhere within the Top Ten. The band’s latest

The more I listen to BuzzUniverse, the more I find them harder to peg, which is a good thing. You don’t want to be too obvious or too pigeonhole-able. You also don’t want to be all things to all people: that loosey-goosey jamband that suddenly goes funk, or goes Latin, or goes jazz, or goes trip-hop, or busts into a Phish song, or a Medeski Martin & Wood song, or a Robert Randolph song, or whatever else might seem endearing in the moment because wow, this could be fun, brah.

[All photos by Jeremy Gordon from BuzzU @ Brooklyn Bowl]

In fact, the more I listen to BuzzUniverse, the more they sound like themselves: a groove band at heart, but one in which funky violins, Latin rock percussion rhythms and guitar work that’s both vertiginous and angular can coexist and thrive without sounding like disparate elements patchworked together. Or, hey, it’s a groove band that can sell an ace opening cover of Grand Funk Railroad’s I’m Your Captain (Closer to Home), and then knock out an hour and half-plus of worldly grooves, plus tuck in an oddly, aptly titled song called Lovelight Babylon, a Pink Floyd cover and an an a capella (I think?) holiday bon mot in Dear Santa. I had a casual interest in BuzzUniverse before their second annual Jingle Jam show at Ace of Clubs Friday. I am now, decidedly, a fan.

The band usually brings its best to shows like these, and at Ace of Clubs — that most pleasant of Greenwich Village caverns — they were cooking. New songs made the rounds — a corker called Hey Soul Lover is still in my head — and they offered a few well-integrated guest turns, including by Licorice guitarist Dave Lott for at least three songs, and some cameos by flautist Stefanie Seskin and Afroskull drummer Jason Isaac.

Red Hot Chili Peppers’ guitarist John Frusciante has left the band, according reports. Frusciante is said to have already been replaced by Josh Klinghoffer, states Musicradar.com. Klinghoffer toured with Red 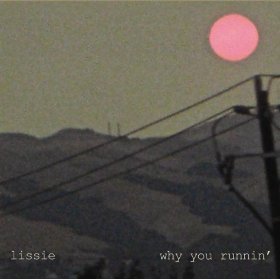 Lissie: Why You Runnin’

Although she’s a California girl these days, don’t be fooled—Lissie still writes and sings about matters close to Midwestern life. And boy can she sing—her voice has an eerie quality of a transient churchgoer who needs no practice to call the angels down from the sky; her pipes are soothing and quite heavenly. The songs on her EP, Why You Runnin,’ offer a bit of folk, an ounce of soul, and healthy dose of realism that you just can’t deny, no matter what mood you’re in—a stunning and charming debut. 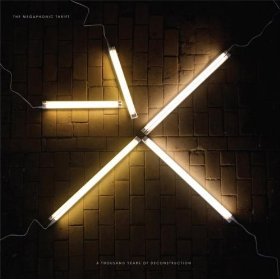 The Megaphonic Thrift: A Thousand Years of Deconstruction

This four piece shoegazing crew from Norway is a rocket blast out of the frozen north.  A Thousand Years of Deconstruction contains all the elements for future success, it has punchy fuzzed out punk (“Acid Blues” and “Son of J”), dramatic guitar interplay with dueling vocals (“Exploding Eyes”) even an acoustic come down gets an airing (“Everytime (oxygen)”).  The gravy for these disco fries is the EP’s centerpiece; an exhilarating drawn out escapade of deep space audio adventure called “Mad Mary”.