Back on April 24th, Umphrey’s McGee brought the worlds of music and sports closer together at the inaugural UMBowl at Lincoln Hall in Chicago. The Chicago-based sextet treated the crowd at the intimate venue to four separate “quarters” each with a different theme. I was in attendance and want to share 10 memorable moments from UMBowl for this week’s B List…

Q3 was all request. Well, all request, but the options were limited to a drop-down list of selections chosen by the band. But the options were quite good and the picks that got the most votes were for the most part the most deserving. Wife Soup has been in the repertoire since 2003 and has gone through a number of changes over the past couple of years. Most of the time the band has been ditching the tune’s originally jazzy intro and instead starting with the opening guitar licks. The song is often left unfinished in recent plays leading to free-form improvisation at the tail end where the second chorus would normally go. Another variation is at times they sing the a capella “album ending.”

At UMBowl not only did they perform a brand new “dub” version, but it was also nicely jammed out AND included the album ending. The casual UM fan maybe wouldn’t realize that the album ending was played, but those that would notice something like that were surely in attendance or at least paid to watch along on iClips.

[All photos by Tammy Wetzel except where noted]

Interview: Trampled By Turtles Back Again

“Behold the turtle; he makes progress only when he sticks his neck out.”

In releasing their latest full length, Palomino, Duluth’s Trampled By Turtles have not only progressed as a band – complementing their breakneck dexterity with heeding subtlety – but they’ve become integral in the redefinition of the modern string band. Together with peers like the Avett Brothers, Old Crow Medicine Show and Split Lip Rayfield, TxT have joined the seminal ranks of acoustic musicians currently leading the seismic (ok, maybe “bookshelf rattling”) shift in bluegrass music.

While the purists may well prefer singing from a hymnal, focusing intently on technique, and dressing like Abe Frohman, Trampled By Turtles infuse elements of indie rock, punk and folk music while maneuvering their heartfelt, earnest songs without losing sight of the most important thing; picking like wild banshees. In effect, they feel like a bluegrass band, yet with an uncanny ability to maintain the average attention span far beyond an opening banjo run.

Back to chat for the second time in the about six months, frontman Dave Simonett took the time to share his thoughts on the new album and sticking their turtle necks out.

Hidden Track: Let’s get rolling with a question about Palomino. So, most reviews I’ve read so far seem to really dig the album, but I found it a bit odd that most focus on the blazing speed and being shredders and all that. I actually thought right away that Palomino was heavier on the folksy side and almost a departure from the speed. I mean there are certainly some burners in there like Wait So Long, Help You and so on, but did you make a conscious effort to make this one focus a bit more on the lyrics and the melodies by including more delicate material?

Dave Simonett: There wasn’t really a conscious focus on faster or slower songs. I always focus on lyrics and melody in either fast or slow, actually. This group of songs put together is what made the album; the speed of each was just coincidental. Sometimes what I try to express needs a little more energy and aggressiveness and sometimes I try for a mellower approach, depending on the mood I’m trying to convey.

READ ON for more of Ryan’s chat with Dave Simonett…

Nashville: Ain’t No Place I’d Rather Be

Nashville. My home. My heart. I love the city, love the location; its proximity to the beach, to the mountains, and to other metro areas (a great selling point for those who travel to see bands). I love the rolling hills, the lakes, the rivers, the sunrises, the sunsets and most importantly – the people. The music scene is nothing to frown upon either. It’s not all just country music anymore. Kings of Leon, Jack White, Ben Folds, Bela Fleck, and even Ke$ha all call Nashville home.

When the disastrous storms and flooding hit Nashville, I found myself in another Music City that had witnessed a natural disaster of epic proportions only 5 short years ago – New Orleans. My friends and I thought it best to leave Jazz Fest early. We needed to get back to our friends, our families, our homes.

I knew that I’d probably have damage to property I own because of where I have it stored. Fortunately, after all was said and done, the damage was minimal to my possessions. Not everyone here is that lucky. Some people are still stuck at their house. Some have no home. Some lost all their worldly possessions. Some lost their lives. READ ON for more…

BG: Another Bowery In Brooklyn

Bowery Presents has easily cemented themselves as the premiere concert promoter in the New York City area, booking shows in their fullly-owned and operated venues as well as places like

It’s not often that Percy Hill shows get uploaded to the Live Music Archive, so we were excited to see that the latest installment of taper Scott Bernstein’s BARN series 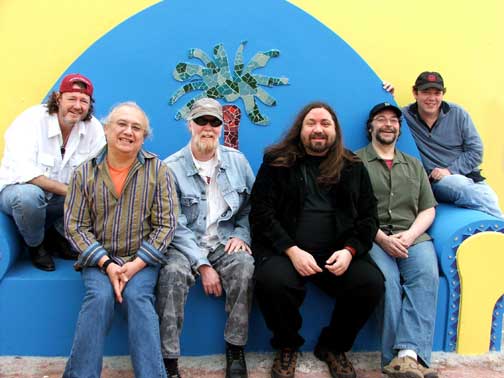 Widespread Panic have ruled the roost at Raleigh’s Walnut Creek Amphitheater for almost two decades, and the addition of Jimmy Herring’s guitar work has given the veteran band a much-needed shot of adrenaline for the last couple of years. But judging from the attendance at the band’s traditional late April shows in Raleigh, interest in WSP is on the wane. Whether the culprit is sluggish concert ticket sales as a whole or dwindling interest in the band, the reality of the situation was sobering. WSP isn’t quite the power it used to be. 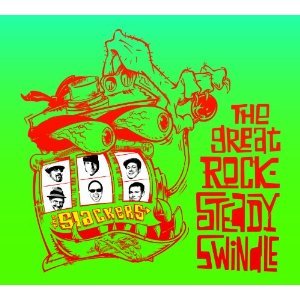 The Slackers: The Great Rocksteady Swindle

While one might pinpoint The Slackers' signature sound somewhere between the Jamaican essence of The Maytals and the English beat of The Specials, it would only prove futile to casually categorize this band. Since 1991 The Slackers have done more than marry ska's upbeat shuffle with its sluggish reggae counterpart. And they still possess the power to push even the biggest prude to dance in public. 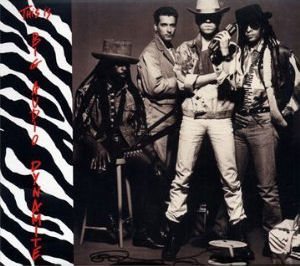 Mick Jones’ last three albums with the Clash were genre-mixing explorations that pushed the limits, not only of punk, but of rock and pop as a whole. With the exception of London Calling, these efforts were both uneven as well as underrated. Big Audio Dynamite not only continued that tradition, but also expanded on it. Considering that such a broad palette would be considered commonplace in the next decade, This Is Big Audio Dynamite doesn’t get its due for for the part it played in laying out the landscape for many of the alt rock bands that exploded into the 90s.

Pearl Jam is taking the more-is-more approach to sharing their music this spring: the band has just announced that the shows on its current 2010 world tour will be released