Once the Arctic Monkeys walked out on-stage, they did not disappoint.

Check out the full shortlist of 2013 nominees.

Video: The Black Keys – Gold On The Ceiling 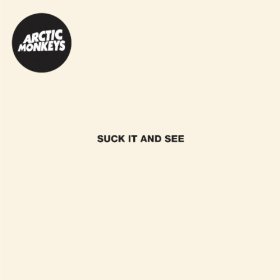 Arctic Monkeys: Suck It And See

The Arctic Monkeys fourth proper release is unlike any of their past work which keeps things fresh and adds to their growing catalog of enchanting songs.  This time around the group focuses their talents on 60’s pop, crafting ditties that can jangle a tambourine or trip out a touch in front of Alex Turner’s ear catching lyrics.

After leaving Humble Pie in 1971 for a solo career, Peter Frampton found only marginal success on his own until the release of his 1976 seminal double-live album Frampton Comes

It’s hard to believe that the members of the Arctic Monkeys were still teenagers when they released their wise-beyond-their-years sounding debut Whatever People Say I Am, That’s What I’m Not 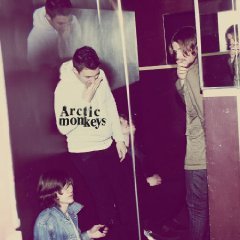 Remember when the Arctic Monkeys first broke onto the scene in early 2006 and it was too easy to call them another buzz band?  Put them on a Spin cover and pretty soon you’ll find them in the $3.00 used CD bin with The Bravery and Kasabian.  The Sheffield, England based rockers have returned with Humbug, their third album since their ’06 breakthrough, which gives the boys a revised launching pad for their punkish guitar riffs and Alex Turner’s creative evolution.