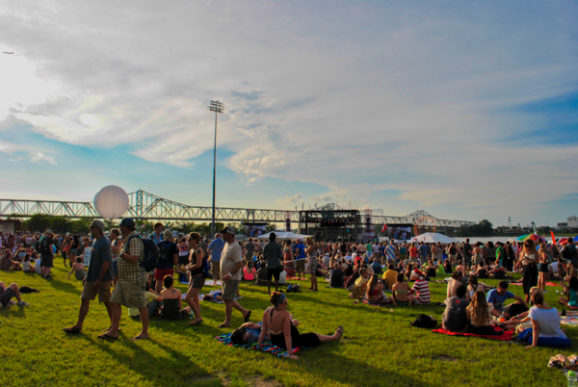 Despite two evacuations (one which included a couple of drops of rain, the other of which included a ton of rain), soaring temperatures and an Animal Collective cancellation, 2013 still proved to be Forecastle’s most impressive year.

Next week, a wide spread of artists from around the country will descend on Louisville, Kentucky for one of the most anticipated festivals of the year – the Forecastle Festival. Check out our curated playlist of the Top 10 Acts we’re most excited about at Forecastle.

The inaugural Governor’s Ball Music Festival was held on Governor’s Island this past weekend, proving that NYC can still move with the best of them. The first time festival took advantage of the beautiful grounds and isolated location to call out all the alternative people of the city dressed in their finest freaky gear. From bikini tops to rainbow socks, it seemed that all of Brooklyn traded in their skinny jeans for a day in the sun. Governor’s Ball treated show-goers to amazing sights and sounds from a wide variety of electronic inspired artists.

With all the necessary items for a party it’s no surprise that acts like People Under the Stairs gave it up for marijuana and beer drawing huge crowds that were happy to sing along with them “If you don’t like it then get the fuck outta here.” Big Boi followed, giving the crowd the hits they craved like Ms. Jackson. The song drew more than just applause from the crowd as hot pink bras found their way onto the stage! But it was Empire of the Sun that won most outrageous act of the night with multiple costume changes and a troupe of dancers that made it hard to take your eyes off the stage for even a minute.

READ ON for more about the Governor’s Ball Festival…

For some Disco Biscuits fans, there is no greater treat in the world than to watch the group perform at Red Rocks. Arguably the best outdoor amphitheatre in the country,  Red Rocks is a venue that brings a magic all its own to each show. Along with the natural beauty of the venue, the Biscuits have been putting in extra effort to make this weekend as special for their fans as possible and they are finally beginning to succeed.

[All photos by Jason Woodside]

Like most bands, the Biscuits are at their best when touring heavily, so with only 12 tDB shows in 2011 leading up to Bisco Inferno weekend, there was some skepticism and apprehension about whether they would play well. Fans hoped it wouldn’t take too long for the group to start firing on all cylinders. With two shows at the Ogden leading up to the finale at Red Rocks, there wound up being plenty of time for the band get their groove back.

Unfortunately, the first show of the weekend on Thursday night was a bit of a letdown. The first set was uneventful save for a slick segue into Shem-Rah Boo, which featured a neat jam out of the middle before returning to Voices Insane. The Overture was a treat, but oddly placed. The second set was somewhat redeeming, with a highly exploratory Orch Theme that featured several beautiful themes and peaked more than once. Tricycle > Mr. Don also featured some excellent playing, most notably from keyboardist Aron Magner.

[All setlists via PT Bisco]

READ ON for more from Bisco Inferno weekend…

With Memorial Day Weekend signifying the official start of summer, it also marks the official kickoff to music festival season, as each weekend from now through the end of September

Jeffrey Greenblatt May 5, 2011 No Comments

Shortly after the Bonnaroo lineup gets announced each year comes the debates about which acts will earn coveted late night slots from the festival’s organizers. In years past, these sets

LISTEN: OFF! Polishes Up New Coat Of Punk On ‘FREE LSD’ (ALBUM REVIEW) 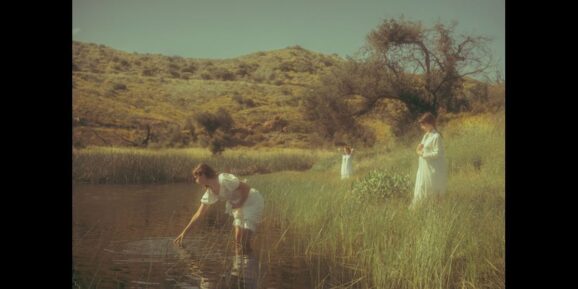