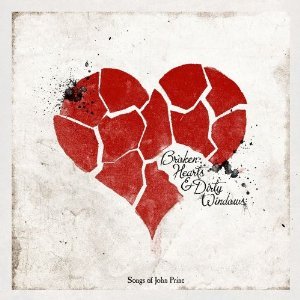 John Prine is one of those songwriters that makes songwriting seem easy; his words never forced and his wit never ending.  Couple that with the simplicity with which he writes and I think most musicians would find his songs easily adaptable and ripe to be covered. 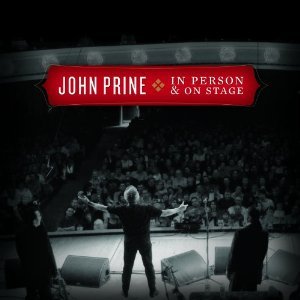 John Prine: In Person & On Stage

John Prine’s In Person & On Stage is nothing stellar but the live collection of tracks shows that the longtime singer-songwriter is still doing quite well for himself. With a tandem of guitarist Jason Wilber and bassist Dave Jacques fleshing out most of the 14 songs, Prine begins with the warm, toe-tapping “Spanish Pipedream” and rarely misses the mark on other gems like “Unwed Fathers,” “Paradise” and “Bear Creek Blues.”

With a seemingly rotating door on music festivals over the last handful of years it’s assuring to know that you can continually count on the Newport Folk Festival to be there year in and year out, offering up a high quality and diverse lineup in one of the most serene settings imaginable. Returning once again to the historic Fort Adams State Park, the fest delivered an amazing swath of artists from folk to funk and everything in between.

Much like how there are those musicians that are referred to as a “singer-songwriter’s singer-songwriter,” well now after having attended Newport Folk the label of a “music fan’s music fest” might be the best way to describe it. With three stages and 30-plus acts to choose from, it seemed relatively easy to plant yourself in front of one stage for the day – like many did – and take in all the action. For the ambitious music lovers though, the close proximity of the Fort, Harbor and Quad stages made it a breeze to catch an impressive amount of music over the two-day span.

Saturday kicked off with one of the fest’s biggest success stories – The Low Anthem – who just three years prior were picking up trash as on-site volunteers and now found themselves with a main stage slot. The Providence-based band showcased their gorgeous folk music, which features an odd menagerie of instruments – crotales, harmonium and clarinet – along with the obvious guitar, bass and drums. Taking in just a handful of songs, which was highlighted by a sublime take on Apothecary, and their interpretation of Rev. Gary Davis’ Sally Where’d You Get The Liquor From?, I had to pulled myself away from really the one lone conflict of the weekend to see a full set from A.A. Bondy.

READ ON for more of Jeff’s recap of Newport Folk…

Next weekend the granddaddy of all music fests – the Newport Folk Festival – will kick off with three days of roots, folk and Americana music that this year will open on Friday night with a night of “banjo and bluegrass” at the International Tennis Hall Of Fame, before moving to the festival grounds at the historic Fort Adams State Park for two days full of music.

Founded in 1959 by George Wein as an offshoot of his already highly successful and well-established Jazz Festival, and possibly most famous as the site that saw Bob Dylan shun the folk world when he went electric in 1965, the fest fell on hard times and was forced into taking a 14 year hiatus starting in 1971 before it was revived in 1985 – and has been thriving ever since with its diverse lineups.

Over the years the iconic fest has hosted a veritable who’s who of musicians from Joan Baez to Johnny Cash to Muddy Waters in its classic years, and more recently has seen the likes of Iron & Wine, Fleet Foxes, Neko Case and even Trey Anastasio log time at the tents and stages.

This year’s lineup is no slouch either. A quick glance reads like my iPod on shuffle on any given day featuring HT faves like Levon Helm, The Felice Brothers, Dawes, The Low Anthem, The Avett Brothers and Sharon Jones & The Dap Kings. With so many bands that I’m genuinely excited about seeing over the course of the weekend, I thought I’d focus on six, three from each day and each stage, that I’ve got my eye on…

I can’t think of a better way to ease into Newport than with a an early afternoon set from folkie A.A. Bondy. Armed with an acoustic guitar, harmonica and endearingly crackling vocals, the singer-songwriter just seems to evoke the spirit of the festival both past and present with his slow paced meandering folk songs. Bondy, who has two excellent albums to his name, may not be the sexy pick with his set scheduled against Blitzen Trapper and local heroes The Low Anthem – but you should carve some time out to stop by even just for a song or two.

The B List: Top Six Of The First Six

With the first six months of 2010 beginning to feel like a distant memory, I figured it was time to continue a tradition by taking a look at my favorite six albums of the first half of the year with the Top 6 Of The First 6.

Cornershop sure seem to like taking their time in releasing studio albums, managing only two in the 13 years since their critically acclaimed When I Was Born For The 7th Time

came out in 1997. At points you almost forget the band still exists. For the group’s first full-length since 2002, the Brit-pop act returned with another album full of their unique blend of British Invasion rock, mixed with sitars, eclectic samples and sound collages. The LP includes a fantastic cover of Manfred Mann’s version of The Mighty Quinn and the soaring 16-plus minute psychedelic-gospel-funk-soul jam Turned On Truth.

Earlier this week, news leaked that Levon Helm would take his Ramble on the road to appear at the 51st installment of the legendary Newport Folk Festival. Well, today festival