Official Videos: Members of Phish Show Off Their Rigs

The Metermen have added another gig to their schedule.

Grousing The Aisles: A Taste of Fall ’95 Phish

Last Week’s Sauce is a recurring column featuring recordings of shows from the previous week. Thanks to taperj for this week’s photo.

In case you missed it, last month we featured a great interview with Mark Mullins of Bonerama. Bonerama plays tonight at Main Pub in Manchester, CT.

A Phishy Night For The Allman Brothers Band

The Allman Brothers Band took things to the next level tonight both by themselves and with special guests keyboardist Page McConnell and axemen Buddy Guy and Trey Anastasio at the third show of their 40th Anniversary run at the Beacon Theatre in New York City. ABB guitarists Derek Trucks and Warren Haynes both were up to the task of dueling with their extremely talented guests and the crowd ate up every moment of it.

I’ve been following the run on Moogis so far and tonight was the first show of the run I caught in person. Boy, did I pick the right night to show up at the Beacon. It was clear the Trey and Page rumors I’ve been hearing for weeks were about to come true when I entered the newly renovated theater to see Anastasio’s wooden cabinet set up next to bassist Oteil Burbridge’s rig. As amazing as the Phish member’s sit-ins were, this show would still be my favorite ABB show I’ve seen without a sniff of our boys.

This third show started the same way the first show of the run started off on Monday; Derek and Warren nailed Duane Allman’s beautiful instrumental – Little Martha. The rest of the band shuffled out afterwards and ran through a number of their more bluesy numbers before welcoming Chicago blues legend Buddy Guy to the stage for a nasty cover of Elmore James’ The Sky Is Crying. Trucks was beaming as he dueled with Guy – one of his influences – through a number of call and response segments. 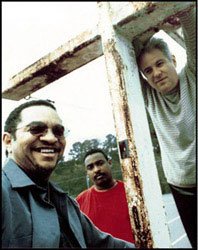 Porter, Batiste and Stoltz launched back into their funk attack, which is what the increasingly animated crowd came to experience anyway: to dance not to trance. The spirit of New Orleans is really a state of mind, residing collectively, at least for one chilly late autumn evening, upstairs in Club Metronome. 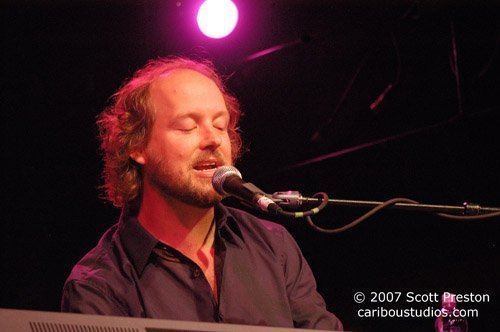 Photos by Scott Preston of Page McConnell performing at Bogarts in Cincinnati, OH on June 9th, 2007. 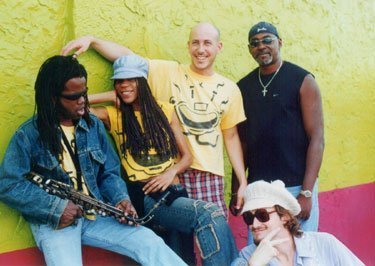 The image of a DJ in Miami is usually accompanied by thumping house beats, Prada-clad models, neon strobes and dark Chanel sunglasses peering over $15 cocktails. But that