The Felice Brothers surprised fans by putting out a new album with little fanfare. 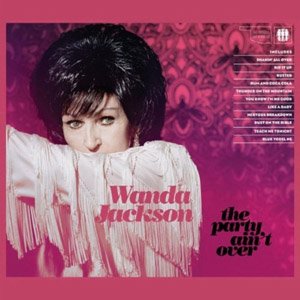 While it’s great that people have come around to acknowledge Jackson’s past achievements, Wanda Jackson's January 23rd show at Los Angeles’ El Rey Theatre confirmed that she is still breaking new ground and making a big sound, with a little help from her friends. For 75 minutes, the Queen of Rockabilly and company captured the spirit of early rock n’ roll, but added elements of gospel, western swing, blues and as you’d expect from any band that features Jack White on guitar, a heaviness and bite that could take music of yesterday’s past and make it feel like anything but oldies.

I know we’ve pondered this question here before, but we’re honestly not quite sure where Jack White finds the time to work on all the projects that he’s involved with

Earlier this year we got our first taste of what to expect from the upcoming Jack White produced album from the Queen Of Rockabilly, Wanda Jackson – courtesy of a

As we previously reported, the ever busy Jack White has teamed up with Wanda Jackson to produce the Queen Of Rockabilly’s latest release. The album, which will hit stores later

Bloggy Goodness: Save The Date

As we head into winter, one thing that should get you through the cold weather ahead is the thought that summer music festival season is right around the corner. To