Actress, celebrity, and glamour queen Zsa Zsa Gabor passed away suddenly yesterday, December 18, reportedly of a heart attack. She was 99. Gabor rose to fame after winning Miss Hungary in 1936, and quickly gained prominence both as a “celebutante” and as an actress, appearing in films such as the original Moulin Rouge in 1952 and the Orson Welles masterpiece Touch of Evil in 1958. In later decades, she was known for playing satirical versions of herself on both television and in the movies. In later years, she’d largely retired from public life due to failing health and age. Gabor leaves behind a long-lasting legacy of glitz and glamour, setting the bar for fabulousness for stars to this day and, most likely, well beyond.

This morning brought our first glimpse at Blade Runner 2049, taking us back into the world of replicants that Ridley Scott brought us into back in 1982. Little is revealed in the announcement trailer, aside from showing us a glimpse at Ryan Gosling, a blade runner like Deckard before him, meeting his forebear in a tense confrontation. No word yet on whether 2049 will delve into the “is Deckard a replicant or isn’t he” controversy, but it does seem likely that Gosling is hunting Deckard. Director Denis Villeneuve (Arrival) takes on directorial duties, and while we don’t see much, it does seem as though Villeneuve matches Scott’s dark, dirty tone. It might be too soon to declare that this will definitely be amazing, but this is certainly a positive first sign. Blade Runner 2049 opens October 6, 2017.

Last October’s teaser for John Wick: Chapter 2 gave us plenty to look forward to in the sequel to the 2014 surprise. The first full length trailer is hot off the presses and looks every bit as fun and amazing as it’s predecessor. Keanu Reeves’ deadly master assassin is once again pulled back into the fray after a contract is put out on his life; this time, John Wicks heads to Rome where we can only assume he’s planning to kill literally everyone in Europe. There, he faces off against Ruby Rose, Common, and Ian McShane in a battle for his life. As an added bonus, Reeves is reunited with his The Matrix co-star Laurence Fishburne for the first time since The Matrix Revolutions in 2003. Director Chad Stahelski and writer Derek Kolstad have also reunited, assuring us another rollicking romp of violence and mayhem. John Wick: Chapter 2 opens everywhere on February 10, 2017.

‘Rogue One’ Blasts the Competition from the Sky

As expected, Rogue One dominated the box office this weekend, taking in $155 million (well over $100 million over the rest of the top 9 combined). Though not as big as last year’s The Force Awakens (which took in $247 million), Rogue One met the expectations of Disney, who had downplayed their expected take in the months leading up to release. Coming in a (very) distant second was Moana, earning $11.6 million, followed by Office Christmas Party with $8.4 million. Rounding out the top five was newcomer Collateral Beauty with $7 million and Fantastic Beasts and Where to Find Them with $5 million. For the full top 10, see below. 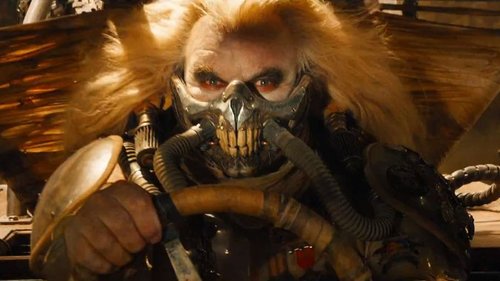 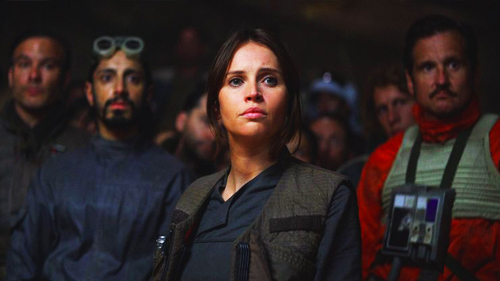