Of all the questions that have been swirling through my mind since screening Lucy in the Sky, director Noah Hawley’s heavily fictionalized recounting of the events surrounding NASA astronaut Lisa Nowak’s crazed cross country journey from Houston to Orlando to confront the lover of astronaut Bill Oefelein, with whom Nowak had become romantically obsessed, one stands out as particularly pressing. When it comes to art, is it more respectable to fail due to risk or succeed due to safety?

I’ve no doubt that this isn’t precisely the question Hawley wanted anyone to walk away with after his cinematic debut, but it bears consideration. First and foremost because, yes, Lucy in the Sky is a failure but, also, because it’s not exactly the fault of anyone or anything. Hawley, best known for his stellar work on television’s Fargo and Legion, is known for taking massive narrative and stylistic risks, which is a big part of what makes his work so interesting to watch. That’s true even of Lucy in the Sky, a film that aims for the moon, misses, and instead of reaching the stars winds up spinning wildly in the Kuiper belt.

There’s an audacity to it that’s transfixing. In Hawley’s world, Lisa Nowak becomes Lucy Cola (Natalie Portman), whom, it’s opined, loses her grounding following a trip to the ISS and return home. This largely follows the real-life story of Nowak whose descent came about 7 months following a mission aboard the Discovery. Whether or not the two events had any bearing on one another is debatable, though Nowak has planned on pleading insanity before making a plea bargain.

In Hawley’s hands, however, the two are intricately linked and represent a failure of perspective upon which the director, who is also credited for revisions to a script by Elliott DiGuiseppi and Brian C. Brown, builds his thesis. After experiencing the eye and mind opening view of the universe that only being in space can provide, Lucy is unable to adjust to the more myopic and mundane realities of her day to day life, including her marriage to Drew (Dan Stevens) and taking care of her niece, Iris (Pearl Amanda Dickson).

It’s an intriguing premise (though, one that astronauts have dismissed as false) that certainly leaves Hawley room to explore the nature of obsession and psychosis. Lucy is portrayed as having always been an obsessive overachiever, thanks in part to the harsh lessons of her grandmother (Ellen Burstyn), a hard drinking, chain smoking, take not shit old badass who constantly pushes Lucy to be better than she is. It’s this same obsessive tendency that leads her into the arms of Mark Goodwin (Jon Hamm) at the expense of everything else she has in life.

Unfortunately, Hawley tries too hard to make this situation into a deeper musing than it rightly deserves. The reality is that Nowak’s story is a sad and terrifying one that doesn’t precisely lend itself to philosophical inquiry. While the larger questions Hawley poses are themselves interesting and philosophically sound, they feel out of place here which, ultimately, muddles the story.

And yet, there’s still something fascinating about Hawley’s vision. As a director, he plays with the cinematic form as much as he does in his television narratives. The aspect ratio of the film switches constantly, indicating something of Lucy’s frame of mind as her narrative unfolds and Hawley intersperses her story with brief flashes of her internal perspective that contextualize who Lucy is and how she came to be so destructively driven. It doesn’t work but, as any scientist will tell you, failed experiments can often lead to surprising results.

For their part, Hawley’s cast holds up their end of the deal as best as can be expected. Portman manages a surprisingly nuanced performance as Lucy even through some of the film’s more baffling narrative and cinematic decisions. The always charming Hamm feels perfectly cast as the carefree cad who unwittingly leads her onto her path of destruction. There’s something to be said about their ability to support the weight of Hawley’s ambition as admirably as they do even if that same ambition is what ultimately crushes the film.

And yet even as it collapses and spins wildly out of control, it’s never uninteresting to watch. This is due in no small part to the sheer scope of Hawley’s vision which, misguided though it might be, says quite a bit about his goals as a filmmaker. He is to be a filmmaker for whom risk is paramount. While that risk did not, in this case, result in great reward there’s still something artistically sound about his endeavor that I cannot help but respect. Lucy in the Sky may not be a great movie, but it’s still wildly fascinating and behold and to consider. Whether that’s enough to justify viewing again is up for debate but, certainly, if nothing else, says something about the nature of art.

Lucy in the Sky is now playing in theaters everywhere. 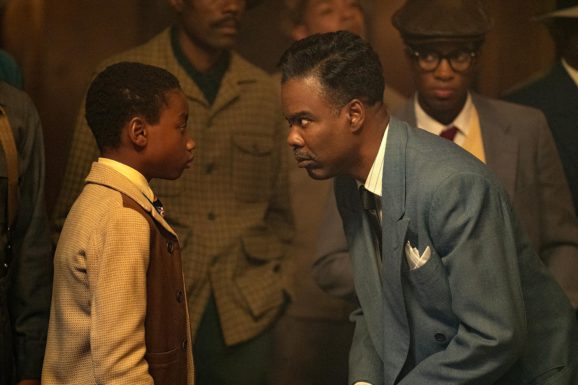 With Season 4, ‘Fargo’ Has Come Into Its Own, You Betcha (TV REVIEW) 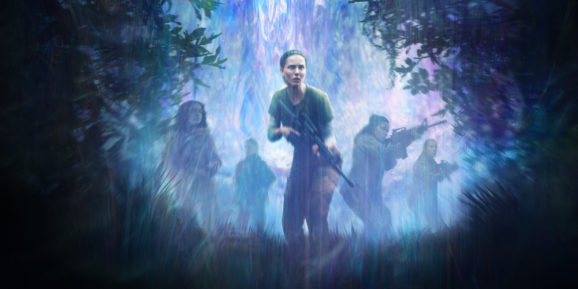 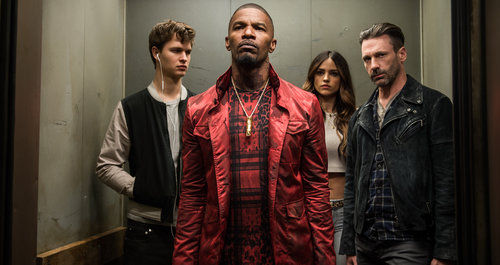