With Season 4, ‘Fargo’ Has Come Into Its Own, You Betcha (TV REVIEW)

When it was first announced that FX was making a series based on the Coen brothers’ 1996 snow-capped Midwestern crime noir Fargo, it was met with a fair amount of skepticism. Joel and Ethan Coen wouldn’t be involved, and creator/showrunner Noah Hawley wouldn’t be using any characters from the film — unlike the first time the film was adapted for the small screen. Still, the idea sounded… interesting, and a shockingly impressive cast was enough to draw in some curious, skeptical viewers.

After the premiere in April 2014, it was obvious that the show was making very little effort to distance itself from its cinematic source material. There was the the pregnant cop protagonist, the mealy-mouthed hitman paired with a silent partner (this time an actual mute) and the delusive salesman in over his head. References to the film were littered throughout, along with the Nordic-tinged accents and the now-iconic “disclaimer” at the beginning. As was, eventually, the satchel containing $920,000 hidden away in the film. As the seasons progressed over the years, the Fargo archetypes became less and less obvious, as did the references. Now, with the Season 4 having concluded on Sunday, the show has become entirely its own entity.

Told as an anthology, Fargo’s self-contained seasons were clearly intertwined with one another. Season 1 was set in 2006, while Season 2 wound back the clock 27 years to 1979, introduced some younger versions of existing characters, as well as the fated Sioux Falls Massacre. Flashing forward to 2010, Season 3 dabbled heavily into ambiguity, taking its time before revealing how it would overlap. With Season 4, set in 1950, Hawley dialed back the ambiguity, but took even longer to reveal how it all fit within the show’s now-60-year timeline.

And while Fargo (the show) has always been more than a collection of references to Fargo (the movie), Season 4 would shift its focus and draw from from the Coens’ Raising Arizona, which /Film reported he revealed at a Television Critics Association panel back in January. Specifically, the extended opening sequence, which Hawley called a “master class” of efficient world-building. Of course, there was also the conspicuous use of “you got a panty on your head,” an oft-quoted line that even featured prominently in the trailers ahead of the premiere. Like prior seasons, there were some broader, often thematic nods to other Coen works, including Miller’s Crossing and The Hudsucker Proxy. Though, for the first time, direct homages to its namesake film were scarce.

Although there was more setting Season 4 apart than a conspicuous lack of references. The stories in Fargo have always been defined by their unconventional leads. The criminal element has always been prominent, but the lead characters are always profoundly normal, well-intentioned do-gooders who find themselves submerged (yet not always entirely overwhelmed) by the rampant violence erupting around them. This season, however, members of the Sardinian Fadda Family and the Cannon Limited that took center stage.

There were still the good-hearted normal people, albeit in less-prominent roles. There was Dick ‘Deafy’ Wickware (Timothy Olyphant), a devout Mormon and lawman, as well as the Smutnys,though their normalcy ended up being slightly subverted due to the fact that they were a mixed race family in 1950. There was also the matter that patriarch Thurman (Andrew Bird) was deeply indebted to Cannon Limited, a debt that was routinely flaunted by Loy Cannon (Chris Rock), and undercut the notion that he and his family were merely innocent bystanders to it all. Then there’s Ethelrida (E’myri Crutchfield), the daughter who ends up playing one of the season’s most pivotal roles, even providing the exposition for the season’s — and series’ — grander themes, despite her truncated time on-camera.

While Fargo long ago proved itself one of television’s most compelling and oddly cerebral shows, the occasional nods to everything from wood chippers to cabin fever to good ol’ Stan Grossman were always fun Easter eggs to mentally tally each new season. As these references grew more obscure, the show became more ambitious. And that ambition was never more on display than throughout Season 4. From its methodic pacing, its Wizard of Oz tribute, and its ability to make increasingly obvious plot-twist nonetheless compelling when it’s eventually revealed.

For a show that initially drew a resounding “…huh?” when it was first announced, it’s not only defied expectations, but has slowly grown apart from the film that inspired it and come into its own. With the possibility of a Season 5 is still up in the air (which Hawley has said about every season since the first one), Fargo has proven itself to be more than a collection of references. It’s told a story across four seasons spanning multiple generations, and become its own fully realized world along the way.

All four seasons of Fargo are available to stream on Hulu. The movie’s available on Netflix. 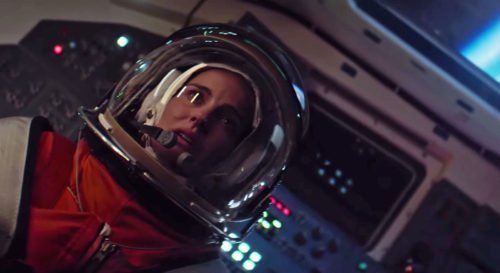