One of the more interesting aspects of Breaking Bad was how many off ramps Walter White was given. Grey Matter offered him his job back; he’d made the money he said he needed by about the end of season two; he could have quit after taking out Gus Fring. Rather than take any of these exits, however, he kept cruising down the ol’ Hubris Express, pedal the metal headed straight toward oblivion.

Vince Gilligan loves playing with the idea of culminating decisions. Each choice opens up a new decision tree while closing off others. Better Call Saul has, in large part, toyed with these same ideas, albeit more subtly than was explored in Breaking Bad. How many times has Jimmy been given the chance to clean up and do the right thing? How many opportunities has he had to turn his life around?

Pre-determined though his fate is, it never stings any less when we see it happen again. For all that we already know about Jimmy McGill and Saul Goodman, we still hope that Jimmy wins in the end. And each time Gilligan and Peter Gould play in their moralistic sandbox, it’s a twist of the knife that reminds us how futile it is to resist the whims of fate. 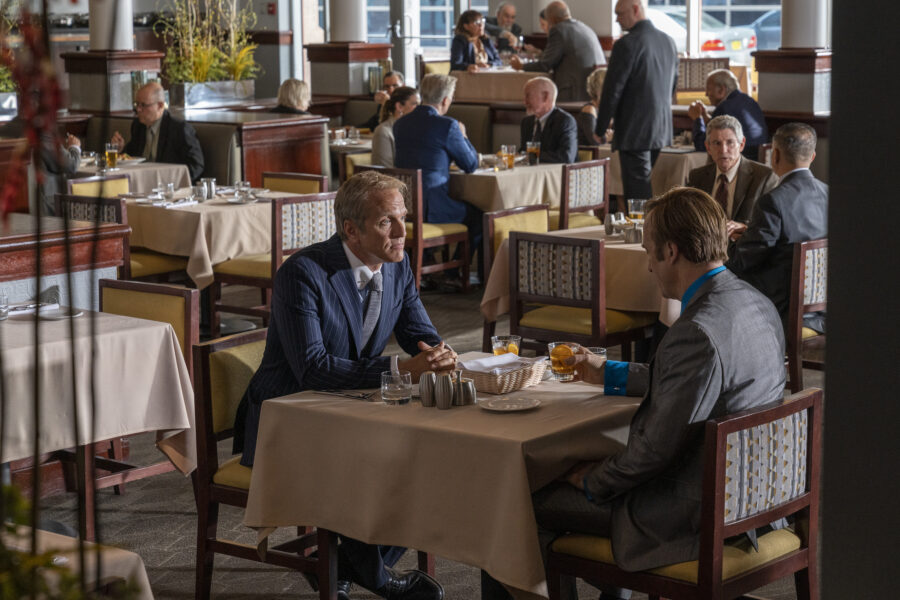 And, as it was with Walt, it’s largely hubris that takes the wheel. Take Jimmy’s lunch with Howard in last night’s episode. Howard was, ostensibly, offering Jimmy everything he ever wanted. A proper role within the family business, acclaim, status, his very name. For Jimmy McGill to take his rightful place at Hamlin Hamlin McGill would represent a dream come true, and the ultimate story of redemption.

But this is not that story. Any redemption Jimmy might find—and that’s a big if, at this point—doesn’t exist until Omaha. And so, it’s foregone that Jimmy will decline Howard’s offer even as Howard is making it. Jimmy has too much invested in his alter ego, just as Walter White had too much invested in Heisenberg. Even with the offramp he’s offered, he’s content to just keep cruising along the same, parallel highway as Walter, straight towards the creamy icing of a Cinnabon.

Hubris is ultimately the real tragedy of both Breaking Bad and Better Call Saul. The whirlwind of one man’s greed and pride creates a vortex into which all he’s ever loved and known is sucked. How else can we describe Kim’s current position? Sure, she shoulders some of this blame. Like Jimmy, she’s discovered cons can be fun and exciting. Unfortunately, that excitement overshadows the rest of her life, making the job she used to love seem dull by comparison. 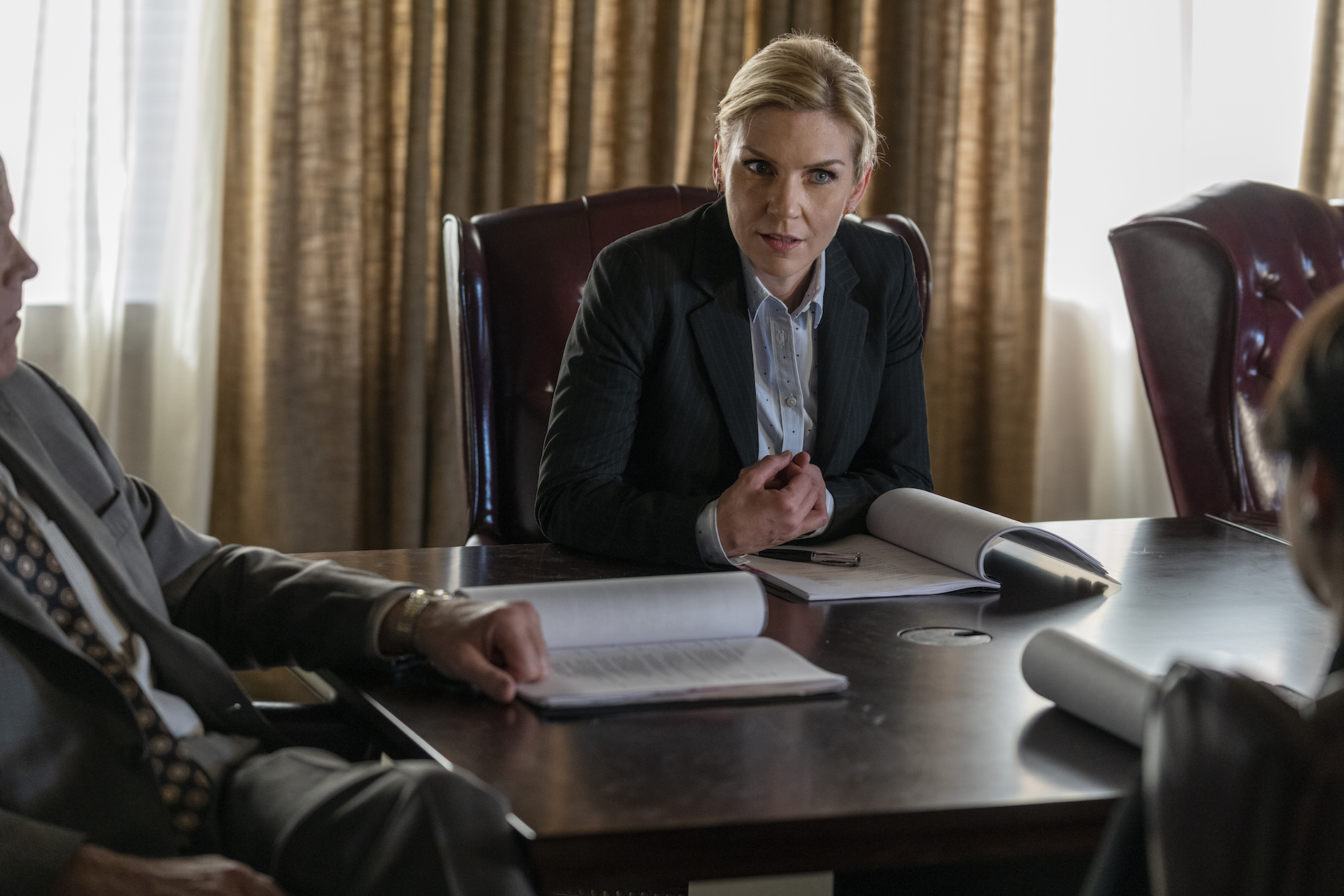 Coupled with her internal conflict about the morality of her position, which is currently forcing her to kick a man out of his home at the whims of her client, Kim is circling the vortex faster and faster. Once again, she finds herself in the position of running a two-man con with her beloved. She’s been skirting the edges of ethics for several seasons now, but getting her boyfriend involved in this case to try and hamper her client’s interests represents a new low for her.

Well, maybe professionally. This season has seen Kim in a deadlocked battle between her ethics and her morals. Her personal sense of right and wrong is out of alignment with her professional sense of right and wrong as she’s pulled deeper into Jimmy’s vortex. We don’t know how this is going to end up, but it’s putting Kim and Jimmy directly on a collision course. Soon, they’ll no doubt face off in court, which will put her in a precarious position that could lead to her downfall.

She knows exactly what she’s getting into. She’s seen how Jimmy operates and knows that he’s not above pulling some chicanery to make his point. She watched him do that last night with his manipulative stunt that caused a mistrial for his client. That’s just what he does; he finds the loopholes and exploits them. With Jimmy, it’s never a fair fight because fair fights don’t interest him. Mesa Verde probably can’t stand up against whatever tricks he has up his sleeves now that the man whose home the bank is trying to steal has, thanks to Kim, hired Saul Goodman as his attorney.

Elsewhere, Mike is being sucked down into a vortex of his own. He hasn’t been taking his murder of Werner very well, putting him on a self-destructive path that ends with him dying alone by a river at the hands of Walter. Mike has been trying to punish himself for his mistakes all season, twice now picking fights with the same gang in order to both blow off some steam and making himself feel anything. 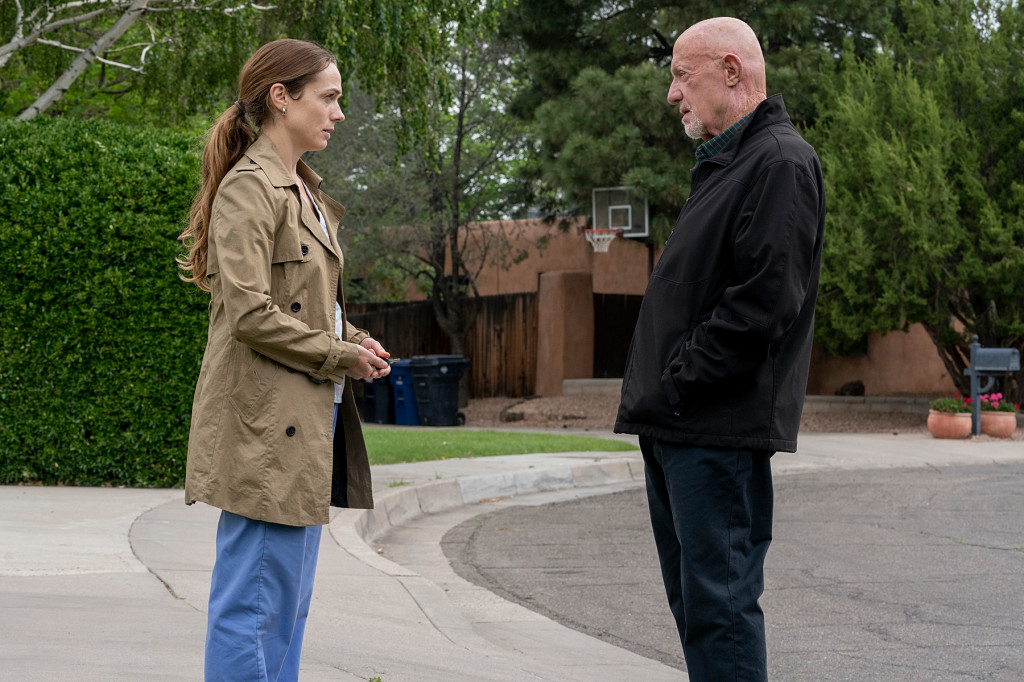 This puts obvious strain on his relationship with his granddaughter and daughter-in-law. We know that he and Stacey aren’t on good terms during the time of Breaking Bad, and it looks like now we’re seeing why. Honestly, it’s for the best. Mike, as much as we love him, is not a good guy. Despite his best efforts, he’s a murderer and a crook. Not exactly the best role model for a young kid.

And yet, it’s heartbreaking to watch him slip further and further. “Namaste” saw him getting beat half to death and stabbed in the stomach and it’s hard not to wonder if he wouldn’t have been better off if he hadn’t survived. Then, he wouldn’t be pulled into Walter White’s torturous embrace. He could have left this earth with some of his dignity intact.

Instead, he wakes up in a mysterious desert hospital. No doubt, Gus Fring pulled some strings to get him there. Despite their confrontation earlier this season, we know that Mike doesn’t stay away for long. For one reason or another, he cannot. And so, like Jimmy, his outcome is predetermined. Even with that, we can’t help but watch.

It just goes to show how brilliant Gilligan and Gould are at constructing their dramas. Even when we know that outcome, they still craft the most visceral and exciting television on the air right now. Somehow, knowing the end makes it all the more tense. The pendulum swings ever closer to their heads, and all we can do is watch as the characters we love ride ever closer to their doom and demise.