Despite being the first Halloween to occur on a Saturday since 2015, the novel coronavirus has us all fretting over the prospect of parties and trick or treating. But just because we’re social distancing doesn’t mean we have to forego on the frightful fun. We pored over the offerings of all the streaming services to find the best scary movies to watch this Halloween. So grab a bucket of candy and a blanket to prepare yourself for Glide Magazine’s 2020 Halloween Screaming Guide.

Rob Zombie’s debut as a director managed to take all that was amazing about White Zombie and distill down to 90 minutes of pure horror insanity. A grind house horror for the modern age, House of 1000 Corpses is terrifying, gory, silly, and amazing.

The Autopsy of Jane Doe

The less you know about Andre Ovredal’s 2016 gem, the better. What’s safe to know is that it follows a father and son coroner team (Brian Cox and Emile Hirsch) attempting to identify the remains of a Jane Doe that came to their morgue. Ovredal manages to take this simple premise and squeeze it for every ounce of claustrophobic horror he can as the mystery begins to deepen and unravel.

Nominated for Best Foreign Language Film at the 1966 Academy Awards, this Japanese anthology of ghost stories is a masterwork of atmosphere and tension. Based on old Japanese stories, Kwaidan is an eerie and provocative work of horror that showcases what’s possible when filmmakers inject a little craft into their storytelling.

The sole feature film from director Herk Harvey, Carnival of Souls is a delicious dose of unrelenting moody atmospherics. Initially a failure at the box office in 1962, the film has garnered a strong and vocal cult following over the years and become a monumental touchpoint for the crafting of successful psychological horror. And it’s no wonder. Harvey is a master of the slow build, and the creep factor amps up by degrees throughout the film until it becomes nearly unbearable by the end.

I can’t blame if you never took the time with this extremely underrated 1990 sequel to The Exorcist, but what better day than Halloween to rectify that mistake? William Peter Blatty, the author of the novel, The Exorcist, wrote and directed this film based on his other novel, Legion. It follows Detective Kinderman (George C. Scott, taking over the role from Lee Cobb) as he attempts to solve a series of grisly murders plaguing Georgetown. Eventually, he starts to suspect a supernatural connection to the possession of Reagan MacNeil. Out of this world levels of creep, The Exorcist III is a gem of a sequel that deserves every ounce of your fear and respect.

Not to be confused with The Haunting of Hill House, House on Haunted Hill is another haunted house classic that helped establish the tropes and standards the govern the genre to this day. Vincent Price stars as a millionaire who invites 5 guests to spend the night in a haunted mansion with he and his wife; those who can make it to the next day pocket $10,000 each (no small chunk of change by 1959 standards). While the effects and plot seem somewhat silly by today’s standards, House on Haunted Hill is still an effective and creepy take on haunted house gothic.

Director Mike Flanagan is earning all the praise right now for his Netflix series, The Haunting of Bly Manor. Brilliant as it is, none of it would have been possible were it not for his breakout, Oculus. Hints of the genius that eventually brought us both Bly Manor and Hill House are laced throughout this film, which stars Karen Gillian as a woman hell bent on proving her brother innocent of murder by finding proof of supernatural evil. Oculus is one of the most effect and terrifying haunted house stories in recent memories and you’ll never look at apples or lightbulbs the same way ever again.

Let the Right One In

It’s easy to forget how terrifying the classic monsters can be, but Sweden made sure that we remembered vampires with this 2008 nightmare. With novelist John Ajvide Lindqvist’s penning the script based on his book of the same name, Let the Right One In is in turns the terrifying and tender story Oskar, a bullied kid, and his friend Eli, who is a vampire. America tried its hand at adapting the novel with 2010’s Let Me In from director Matt Reeves, but the Swedish original is a haunting exploration of adolescent fear and even love. A haunting return for vampires.

Color Out of Space

Words cannot describe the existential mindfuck that is Richard Stanley’s adaptation of H.P. Lovecraft’s Color Out of Space. It’s something that must be experienced for itself. What I can say is that Lovecraft has never been so adequately transported to the screen as he is here, and the result is an awe-inspiring exploration of terror and madness that so few have ever managed to reach.

The found footage genre is so played out and overhyped but this little gem is a great example of how it can go so well. The film follows a documentary film team looking to explore the mysterious events of a Halloween haunted house that caused the deaths of 15 people; what seems, at first, to be a straightforward project quickly goes off the rails as the crew uncover secrets that ought to have been left alone. While certainly not groundbreaking in any way, Hell House LLC is a captivating example of how found footage can remain relevant and effective, and remains one of the better examples of the subgenre from the last decade. 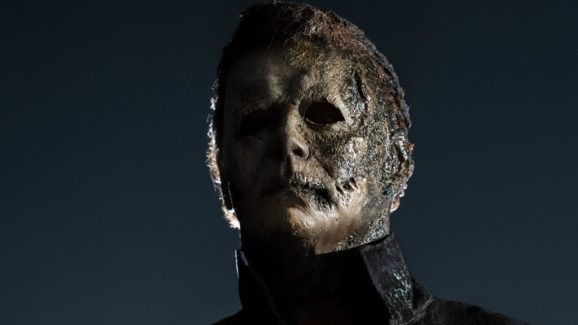 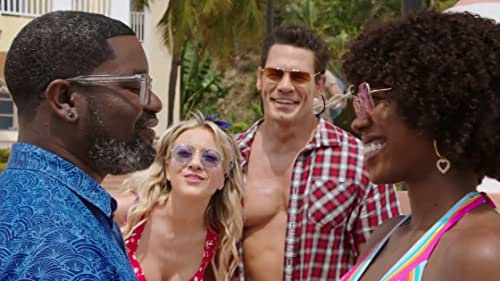