Anyone paying attention to the jam band scene in the last few years has most likely heard of the band Goose. In a relatively short time – releasing their first album in 2016 – the five-piece hailing from the mean streets of Norwalk, Connecticut has seen their popularity soar with a group of fans eager to crown them the new kings of the jam scene. Their popularity only grew during the pandemic when, while many bands stayed off the road, they continued to tour as much as logistically possible. Along with acts like Billy Strings, this strategy worked in their favor and the ascent of Goose is now a force to be reckoned with as the band moves on to bigger venues. All of this was evident when Goose returned to Portland, Oregon’s Wonder Ballroom on Friday, February 4th for the second of two long sold-out shows.

Judging by the dangerously oversold venue, it was clear before Goose even came onstage, that the band is well past 800-person rooms at this point. Launching into the 80s blue-eyed R&B of “Slow Ready,” the band immediately set a free-flowing vibe for the night while showcasing the melodic vocals of Rick Mitarotonda. He would put his guitar chops on display with a sprawling “SOS” that morphed from Santana-esque soloing into one of the first big bust-outs of the night and a colorful group jam.

Other highlights of the first set included a danceable “Earthling or Alien?” that found the band dropping into the kind of funk grooves that Phish refined over two decades ago – plus Jeff Arevalo adding a nice percussive backbone – the cheesy mountain hippie rock of newer song “Atlas Dogs” that found Mitarotonda channeling his inner Michael Kang, and a particularly solid cover of indie rockers Spoon and their catchy song “Inside Out.” Set one had some well-executed solos, group dance jams that even veered into trancier territory, and decent vocal harmonies to keep the energy up and get the flock primed up for more.

Set two would launch with “Arrow,” a song that served as the kind of vehicle for the band to show off their jam band credentials with funkified organ, wonky tempo changes, and soaring guitar solos. “Red Bird” was one of the vibier tracks of the night that saw the band leaning into somewhat heartfelt lyrics, group harmonies, sprawling guitar backed by a spicy bass groove, and a tight rhythm that felt influenced by some of the moodier Phish jams. The song segued into the bouncy, frenetic bluegrass-ish “Flodown” that built into one of the more dark and sinister jams of the show and actually made for one of its less predictable moments. The cherry-picking of musical styles would continue with “Turned Clouds,” which included a smattering of bluesy guitar flourishes before moving into the laid-back, feel-good vocals.

Throughout Goose’s show in Portland, it felt almost as if the band went to jam band college, where they studied all of the ingredients of the most successful jam bands and cooked up a perfectly palatable recipe. This has resulted in a lot of technique from careful study, but makes you wonder if there is something more soulful and unique below the surface. There is a very good chance that Goose could evolve to the point of earning their place as one of the great jam bands, but Friday’s show in Portland showed that they are still searching for the kind of true identity and sound that makes for timeless music and memorable performances. 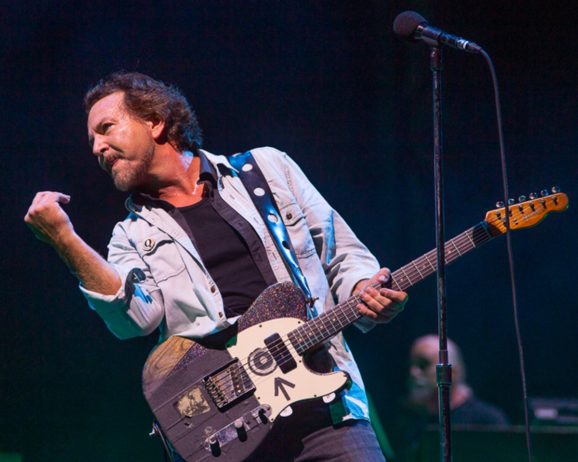