The 2022 Boscov’s Berks Jazz Fest, in its 31st year, returned in its usual slot, the first two weekends of April, boasting a wide array of jazz and other genres. We attended the Friday night, April 1 performance of Wynton Marsalis and the Jazz at Lincoln Center Orchestra (JLCO) at the grand, venerable Santander Performing Arts Center. While many of the 16-piece JLCO shows are themed, this one instead was a varied 90-minute program that featured tunes from Duke Ellington, Sonny Rollins, and several compositions from orchestra members, strains of the ‘50s, and even a bit of Latin.  More than anything it was a clinic on how inextricably jazz and blues are entwined.

Highlights included the opening to Ellington’s “The Mooche” (1928), which opened with three of the five-member reed section – Sherman Irby, Alexa Tarantino, and Victor Goines on clarinets. Throughout the course of the program, we heard a vibrant segment from essentially a piano trio (pianist Joe Block, bassist Luques Curtis, and drummer Obed Calvaire), a piece played just by the woodwinds without any brass, and terrific solos by Wynton Marsalis, Ryan Kisor (trumpet, cornet), Marcus Printup (trumpet), Kenny Rampton (trumpet), Julian Lee (tenor sax), Paul Nezdela (baritone sax), Elliot Mason (trombone), Chris Crenshaw (trombone), Vincent Gardner (trombone), Victor Goines (soprano sax), Alexa Tarantino (alto sax), and the best one of the evening, a remarkably bluesy solo from Sherman Irby (alto sax). Yes, each member of the rhythm section soloed as well. It’s one thing to be able to read the charts.  These musicians, many bandleaders themselves, have to deliver individual improvised statements which they all did with aplomb.

Gregory Porter and his five-piece band played the next night, Saturday, April 2, in the same theater.  The near-capacity audience adored Porter, and was intimately familiar with his major songs to the point where they started the rhythmic clapping for “Liquid Spirit,” a clear highlight of the program before the band members did. We were treated to some of the most soulful sax playings you’ll hear in multiple solos from Tivon Pennicott, turns from pianist Chip Crawford, B3 master Ondřej Pivec, bassist Aaron James, and drummer Emanuel Harrold. Porter and band leisurely moved through a set, that with encore included, was only 10 songs, albeit some as medleys – “Holding On,” “On My Way to Harlem,” “If Love Is Overrated,” “Liquid Spirit,” bass solo, “Papa Was a Rolling Stone (medley),” “Musical Genocide,” “No Love Dying,” “Concorde,” “1960 What,” and the encore “When Love Was King.”  Porter and the band’s use of dynamics were remarkable with Porter moving from smooth, emotive vocals to powerful rafter filling sustained notes, especially on “Concorde” and the deeply moving encore. Get yourself to a Gregory Porter show. He has to be the most uplifting voice of our time and will inevitably raise your spirits.

Following the gratifying, relaxed pace of the Porter show, we quickly had to adjust to the blistering, dazzling picking of some of the biggest names in bluegrass for Grammy winner Bela Fleck’s My Bluegrass Heart Tour.  Each musician entered one by one, beginning with mandolinist Sierra Hull, followed in order by guitarist Bryan Sutton, fiddler Stuart Duncan, bassist Mark Schatz, dobro/fiddler Justin Moses, and finally by Fleck.  While some may rightfully ask how a bluegrass set belongs at a jazz festival, Fleck has played the fest multiple times with the Flecktones and once in a duo with the late Chick Corea. So, needless to say, he is a draw, no matter what band he brings.  Their set went well beyond the allotted 90 minutes as they moved through some 17 numbers, including a couple of John Hartford covers and gems from the Grammy-winning album such as “Vertigo,” “Slippery Eel,” “Hunky Baptist Pumpkin Farm,” “Round Rock,” “Hug Point,” “Us Chickens,” and many more. While bluegrass is certainly a different feel than jazz, there are some similarities in presentation. Soloists still have to be both improvisational and expressive while the group dynamics of listening and interplay are essential to strong performance. We witnessed the best the genre offers.

Amazing harmonics, a ski hat doubling as a trumpet mute, vocalese, inventive percussion, fiery solos, and socially meaningful songs were all on display with the SF Jazz Collective’s performance at Miller Center for the Arts in Reading, PA on April 6.  Playing material from their latest album, New Works Reflecting The Moment, we heard the seven-piece ensemble with two terrific vocalists take us through original compositions of group members, and imaginative arrangements of tunes by Abbey Lincoln and Marvin Gaye.

The program began with an intro from vibraphonist Warren Wolf for his composition “Vicissitude” featuring solos from Chris Potter on tenor, pianist Edward Simon, and a heated conversation between Wolf and Potter. Acclaimed vocalist Gretchen Parlato delivered a heartfelt take on Abbey Lincoln’s “Throw It Away,” arranged by drummer Kendrick Scott, marked by a fiery trumpet statement from Etienne Charles. Pianist Simon and immensely soulful vocalist Martin Luther McCoy were the principals in “Already Died For Her,” inspired by the murder of George Floyd. Charles and tenor saxophonist David Sanchez, both doubling as percussionists when not playing their horns, then delivered an intro to Charles’ creative arrangement of Marvin Gaye’s “What’s Going on” with McCoy in a remarkable vocal lead and Sanchez soloing on tenor.

Bassist Matt Brewer’s “Sower,” featuring vocalese from Parlato was a masterclass in harmonics with vibraphone, piano, electric bass, and the three horns. Sanchez delivered his own “Ay Bendito” with an intense solo and turns from a lyrical Simon and a boisterous Scott on his kit. Potter, the musical director, who played tenor, bass clarinet, and flute through the performance introduced his ”Can You See,” by saying that he wrote it on January 7th, 2021 and then authored the most aggressive, reaching solo of the night on tenor and later moved into his more optimistic “Mutuality” that made room for brief statements from Charles and Parlato, the latter of whom concluded the program in tandem with vocalist McCoy on her uplifting “All There Inside.” These are some of our best contemporary players, who all brought their “A” game. 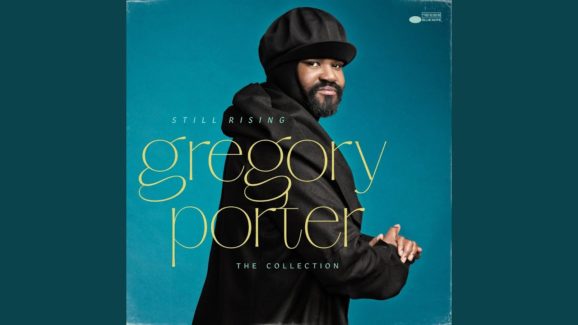 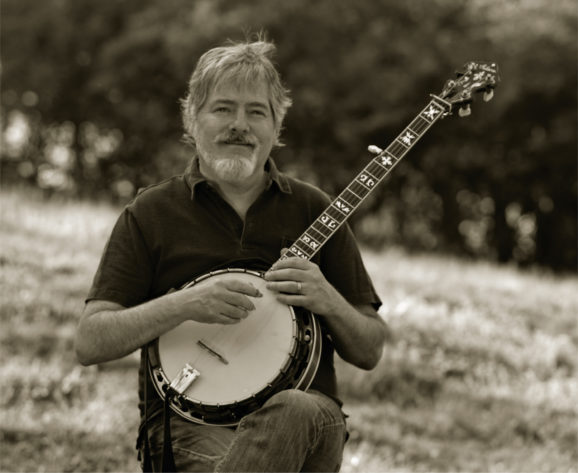 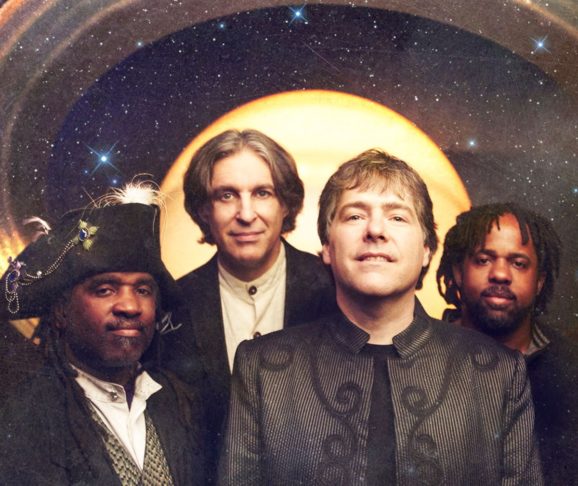