It’ll take an excess of positive mojo to erase the debacle of a certain Vermont music festival, but that state’s second most famous rock foursome is itchin’ to try. Come July 21-22, RAQ will welcome all comers to the second installment of the Lew-Au, the band’s very own festival on Hillcrest Farms in Newport, Vermont.

I’m not sure throwing a festival down the street from the Great Coventry Trainwreck of 2004 is the best way to draw a like-minded crowd, but if the rapidly growing, rabidly impassioned fanbase is any true indication of what’s in store, RAQ should have no problem expanding on the 600 attendees that braved a foul-weather weekend in August 2005 for the first Lew-Au.

All photos by Jonathan Healey

The band made the initial Lew-Au II announcement at RAQ’s most recent trip to New York’s Bowery Ballroom, a truly raging part of last month’s otherwise lackluster Green Apple Music Festival. That night’s show displayed the immense kind of talent each individual band member possesses, and it’s always a genuine pleasure for me to watch a group of musicians so at ease on stage, having fun with each other and whipping the crowd into a total frenzy. I like a total frenzy.

I caught up with RAQ just before they went on stage that night, and I was surprised by how level-headed and grounded they were. Read on after the jump for parts of my conversation with RAQ, fantastic pictures from Jonathan Healey and a clear soundboard matrix of the audio sodomy unveiled at the Bowery…

The Police To Play MSG on Halloween

The Police Week continues here on Hidden Track, and so does the so-called East Coast Bias many of you sports fans decry on a regular basis. First, SportsCenter shows nonstop Red Sawx-Yankees

Our friend Gragek recently implored us to forget all the versions of Frankenstein and Boogie On Reggae Woman that we’d ever heard and check out Marcus Miller‘s renditions instead. So I

One Toke Over The Line: an internet comic strip

The Police Return With 21 Song Show

The Police played their first concert in more than 20 years last night (May 27) in front of a 4,000-strong, fan club-only audience at Vancouver’s GM Place, rocking through a 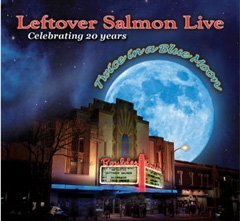 Years in Your Ears, A Story of Leftover Salmon

From the early 90’s to the early part of this decade, Leftover Salmon coined the term “"Polyethnic Cajun Slamgrass", while enriching the word “festival.” But perhaps nobody combined top-notch musicianship with unbridled enthusiasm and playfulness as well as this once hard-touring band from Colorado. 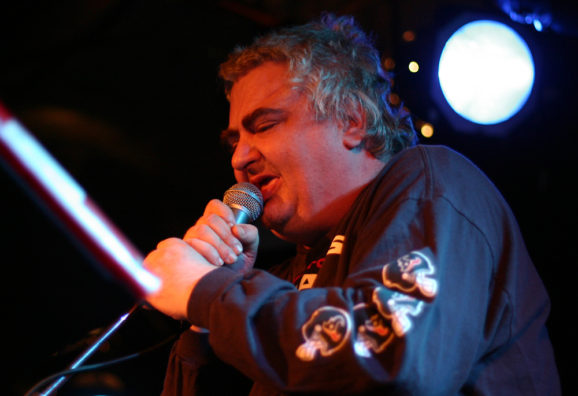 Daniel Johnston: The Death Of The Devil (INTERVIEW)

He was standing on the sidewalk beside his brother when I spotted him. They’d just returned from their nightly tour ritual: dinner and a visit to a comic book store. Johnston sucked on a cigarette, standing beside his brother, as fans flocked to him. Politely he shook hands and nodded hello, a bag of comic books protectively tucked under his arm. Dressed in grey – dark sweatpants and a light t-shirt, his bright white shoes and socks pulled up high – he couldn’t seem to get away from the hubbub fast enough as he hurried downstairs. I followed closely, thanking the musical gods for their kindness.

With the mixing of their new album set to begin in July, JFJO will play select U.S. East Coast  dates in June including the Saratoga Freihofer’s and Burlington Discover jazz