Beastie Boys: Time To Get Small

It’s time to test your Ticketmaster skills: The Beastie Boys are going small and getting intimate this summer. The B-Boys have dropped a number of tour dates for the coming

The skies over Manhattan opened up twice today, and as of post time it’s currently showering an adult dose of precipitation onto anyone out-of-doors. The downpour must be soaking the

Keller Williams and Michael Franti will descend upon the same location this weekend, which can only mean one thing: There’s a festival goin’ down.

The Bonnaroo Music & Arts Festival kicks off four days of festival mayhem on Thursday, and we’d like to begin our coverage with a look at some of the bigger conflicts on the schedule. Tough decisions are inevitable at any festival, especially one like Bonnaroo that has music playing constantly on or in its 76 stages, tents, outhouses, vestibules, phone booths and kiosks. And considering this year’s lineup is riddled with insane talent, the conflicts seem to pop up every hour.

Do you check out ?uestlove’s afro-pick or Lily Allen’s rack? Bob Weir’s short shorts or Wolfmother’s hype? Hula hoops at SCI or heady crystals at STS9? To help you make these calls, we’ve asked longtime Ace associate, TJ, who’s headed down to Tennessee tomorrow night for a glimpse of the madness, to weigh in with what he believes to be the 11 most difficult time-slot decisions of the festival.

TJ will be covering this festival for us all weekend with live reports from the field, so make sure to check back every 10 to 12 minutes for the next few days…

Thursday
Rodrigo y Gabriela vs. Tea Leaf Green
TJ says: Despite the incredible job RyG could do on Graham Nash’s Immigration Man, I see them getting their visas stamped but falling to the Green regardless.

Friday
Tortoise vs. The Richard Thompson Band
TJ says: Both eclectic, both underrated. The time slot dictates this one –- at 2 am I go Tortoise; but, this 2 pm slot is Richard Thompson all the way.

Kings of Leon vs. Gillian Welch
TJ says: I dig the Kings, but trendy hipster bands are a dime a dozen at Bonnaroo this year. There’s only one Gillian Welch and one David Rawlings on the lineup.

The Roots vs. The Black Keys
TJ says: I’d like to say I was representin’ OH and pick the boys from Akron , but Ohio doesn’t really claim Akron anyway. The Roots will allow you to get yo funk on like few bands at the festival this year, which is nice. Hell, this slot’s so packed I may call an audible at the line and pull a split-squad session with Lily Allen and Manu Chao.

Genesis kicked off their Turn It On Again reunion tour under the midnight sun in Helsinki last night. While Petey Gabriel is off preparing a tour of his own that starts on Thursday, his former bandmates played a varied setlist featuring material ranging from 1973’s Selling England By The Pound to 1992’s We Can’t Dance on a spectacular stage setup. Reviews of the opening show have been overwhelmingly positive, unlike the return of The Police a few weeks ago. Genesis starts the North American portion of their tour on September 7th in Toronto.

This year marks the 40th anniversary of Genesis’s formation, and it’s great to see that both the current band and Peter Gabriel are still rockin’ big audiences. The stage setup looks un-fucking-believable from the photos that follow, and many of the reviews spoke of pyrotechnics and tons of other special effects. Genesis has always been a leader in concert production by pioneering the use of lasers, vari*lite technology and the Prism sound system. If anyone sees a torrent of the Helsinki show, please let us know by leaving a comment below, so we can see if they really segued from Tonight, Tonight, Tonight into Invisible Touch.

Read on after the jump for some YouTube videos of the night, cool photos of the unique stage setup and a setlist from the opening gig…

HT Contributor Eliot Glazer has tremendously terrible taste in music. But he’s an adroit wordsmith, and he’s gonna try to convince us that the bad is really good. As a

In support of their August 21st Matador release Challengers, The New Pornographers will be launching a western U.S. Tour.  Matador is offering a deluxe box set version of Challengers– what 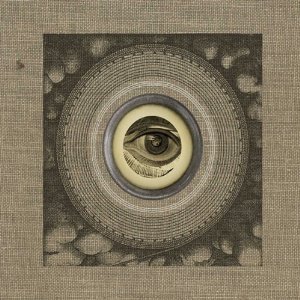 Through the Sparks: Lazarus Beach

Dark imagery and golden melodies form the foundation of Lazarus Beach, the full-length debut from Birmingham, Alabama’s Through the Sparks. Brimming with indie zeal and uncanny illustrations, the 13 tracks resonate with guitar-and-piano pop that is meticulously crafted and peppered with imagery that reflects the loneliness of life at any age.

The Farm Aid benefit concert is planting itself in New York City later this year, organizers said June 11th. The show will be held at Randalls Island on September 9th.