We like to celebrate anniversaries around here…and we’ll do so right now. Seven years ago today, The Phish from Vermont migrated to Indiana to provide some dirty wooks and prep-school

Scotty B’s got more on his plate than a Vegas buffet patron, so we’ve asked our good friend Some Dude from Hits From The Blog to regale us with a little tale…

Monday provided us with one of those patented unwelcome, sweltering summer days in New York City, where late-afternoon temperatures were still pulsing around the 90-degree mark, making everyone a little bit more irritable and the thought of being outside for more then a few moments unthinkable.

These days are unavoidable in a city where the heat doesn’t seem to dissipate, in a metropolis filled with huge skyscrapers and millions of people constantly on the move. But really, does it matter when you’re off to Central Park SummerStage, one of the most serene places to see a show in Manhattan? You can barely tell you’re in the city that doesn’t sleep when you wander into its tree-lined entrance.

The bill was tailor-made for live music fans on a night like this — part musician, part mad scientist Keller Williams opening for one his musical heroes and a godfather of the jam scene, Bob Weir & his RatDog cronies. It’s not the summer in these parts ’til a member a the Dead rolls through town: what used to be multi-nights for Jerry & Co. at Giants Stadium playing to 80,000 plus was now condensed to one night, to just a few thousand lucky fans, with the ticketless wandering fingers held high outside still able to hear every note.

Grousing The Aisles: Let The Sunshine In

Welcome back to a regular ol’ edition of Grousing The Aisles — we’re back to our normal format after a week off and Ace’s terrific July 4th special. Picking four entries was tough this week, as so many incredible shows have made the rounds on the torrent sites since we last posted GTA. This week we’ll look at some of our favorites, while next week we’ll get a little more under the radar for y’all. We’ve got three tasty shows for your iPod, and a Phish DVD that you need to have.

It’s been nearly six weeks since we’ve talked about Apollo Sunshine, and I’m starting to get the shakes. The Sunshine dudes are currently in the studio recording an album that could break them into the big time. As nice as it would be to keep Apollo Sunshine a secret, my parents taught me to share. One of the only shows the band played this summer was a plum spot at Bonnaroo, and recently, a kind-hearted taper uploaded AS’s set to the Live Music Archive.

All told, Sunshine played a terrific set and seemed to be augmented by the percussion player banging on the bongos. Here’s hoping the new album brings us plenty of tour dates, because when these guys add a new batch of songs to the mix, you better hide the children. Read on for much more GTA…

As you can probably tell, we pay infinitely more attention to live music than studio work. We aren’t the ones that get all excited for a release date of a

The Sadies Return with New Seasons

U.K. indie-darlings Bloc Party, who are currently hitting the European festival scene, including an appearance at last weekend’s Live Earth concert in London, and will soon move on to Australia

Tegan and Sara have announced their late fall full U.S. theater tour in support of their fifth studio full-length, The Con, in stores July 24th through Vapor/Sire Records.  The 28-date tour will kick 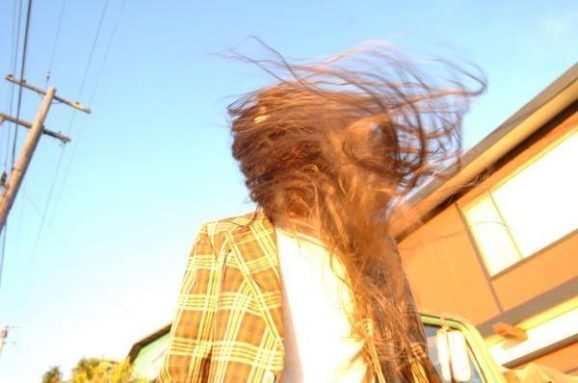 Hot on the heals of his highly anticipated second studio release, Underground Communication, Bassnectar is back in true pioneering form. Since arriving on the music scene a decade ago, San Francisco’s finest has been creatively honing his craft of performing purely passionate music, capable of being enjoyed by just about everyone with ears.