The Black Crowes have completed the recording of their new album and will start mixing in September for a Spring 2008 release. Read on for full news blurb…

Farm Aid organizers officially planted its 22nd-annual installment of the festival on New York’s Randall’s Island back in June. That much we already knew. But today Farm Aid unveiled the full lineup for its

November 2006 brought us a Democratic victory in the midterm elections, Tony Romo throwing five touchdowns for the Dallas Cowboys on Thanksgiving and Marco Benevento playing five Wednesday shows as part of his residency at the legendary former club, Tonic. As far as I know, that’s all that happened.

Benevento mixed the five shows into a three-disc set, and the must-get Live at Tonic debuted yesterday. Special guests on the live album include Mike Gordon, Steven Bernstein, Dave Driewitz, Reed Mathis, Matt Chamberlain, Bobby Previte, Sir Joe Russo, Mike Dillon, Scott Metzger, Claude Coleman and Brad Barr. We’re not shills, but this is a live release that will get much rotation on my iPod.

Our favorite bearded hipster pianist/organist agreed to answer a few questions for us about the new release, the closing of Tonic, the brake pedal on all things Duo and the awesomeness of Eggs Benevento in the morning — so here we go:

I had the pleasure of seeing three of the five Tonic shows during that Novemberstand, and it’s difficult for me to pick a favorite. Of the five Wednesdays in the residency, did you have a clear favorite, or a specific memory that stands out from the run?

Without hesitation I can easily say the trio night with Reed Mathis and Matt Chamberlain really stood out for me, which is pretty much what leads me here to Seattle — we just began a seven-day West Coast run. The energy of the three of us on stage is very visible; we’re totally in awe of how the music happens. It was and still is unexplainable! Every time Reed and Matt touch their instruments, they do it with wide-eyed wonder and excitement, which I’m a big fan of. The first disc of the “Live at Tonic” release features a lot of the trio, however, the second tune on the second disc “We’re Using Time For Fun” is one of my favorite improvisations of the entire run.

Our buddies over at Spinner debuted a new column this called Shout It Out Loud in which artists will get on their soapbox to write about an issue affecting them.

Critically acclaimed pop-rockers Motion City Soundtrack announce a fall headlining tour of the US in support of their forthcoming release, Even If It Kills Me – out September 18th on 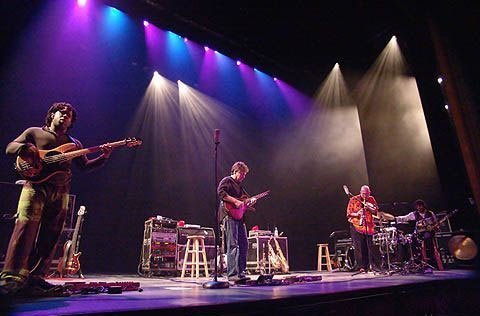 For a musician of his talent and stature, it’s hard to believe that Bela Fleck had not played with his band the Flecktones at Carnegie Hall before their show on June 30th, a part of the New York City version of the JVC Jazz Festival. Long overdue, this performance delivered all the genre-bending mastery for which the Flecktones are known. 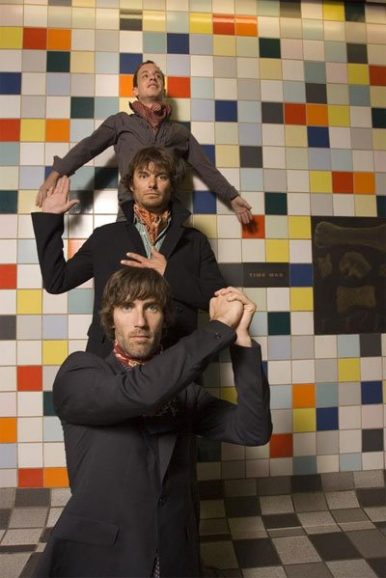 Stars of Track and Field – A Few Moments with Kevin Calaba

Stars of Track and Field is a three-piece indie pop band from Portland, Oregon. Paying reference to their elders of indie genre, their name is in reference to the Belle and Sebastian song of the same name found on their 1998 album – If You're Feeling Sinister. Glide recently met up with the Stars of Track and Field after their Seattle date and had the chance to talk with frontman Kevin Calaba. The conversation spanned songwriting, life on the road, and politics.

Rock legend Bob Dylan will open the first-ever museum exhibition of his paintings in a city in the former east Germany, the Chemnitz Art Collections museum said Wednesday. The three-month

Farm Aid today announced the details of the lineup for its first concert event in New York. Artists representing a variety of genres are slated to join Farm Aid board

The Frames – Ireland’s enormously popular and charismatic rock quartet – will touch down in the United States this September for a series of select dates. The news comes as