On the heels of their epic residency at the Riviera in Chicago, the boys from Wilco will make their first appearance on NBC’s Saturday Night Live on March 1 at

Quote of the Week: Deaner on New Zealand

“Other than that, I don’t know what else to say except I’ve never seen such a disproportionate amount of beautiful women with fucking loser boyfriends. There are so many smoking

Tour Dates: I See Fire And I See Rain

There is something about summer and the smoothing sounds of James Taylor that just go hand in hand. The gentle bard will be hitting the amphitheater circuit this summer showcasing

Representative of the Midwest: Van Ghost/TR3

On Saturday, Chicago promoters Triple Dot Mas will celebrate its sixth anniversary in style at the Double Door with performances from the Tim Reynolds Trio and powerhouse upstarts Van Ghost. You don’t want to miss this exciting pairing.

Widely known for his work with Dave Matthews, Tim Reynolds has recently embarked on his first tour with a full band in eight years. The Tim Reynolds band (or TR3) promises to bring “a mix of updated Tim classics to wild covers of everything from James Brown to Prince to Tim’s newest catalogue of material he is preparing just for this tour,” according to his website. Read on for more…

It seems that the folks at Ticketmaster aren’t going to let Live Nation get away with starting their own ticketing service. According to Billboard, Ticketmaster is teaming up with Cablevision 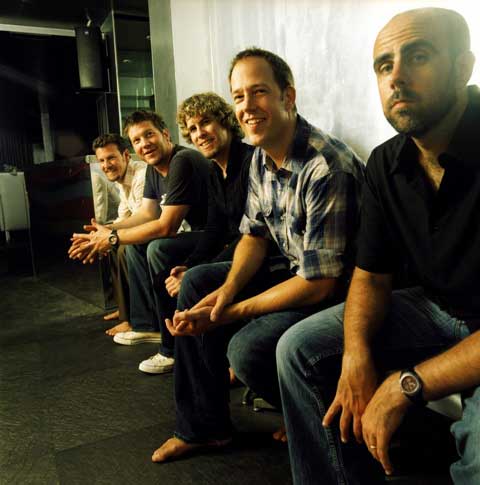 As they close in on the 20 year mark, moe. steps out of their recording confines by, ironically, holing up in an old church and hammering out a record in isolation.

All photos by Matt Ziegler, except where noted

San Francisco is a gorgeous depiction of West Coast vegetation and landscape; Rolling hills dotted with island-like real estate and a dreamy climate controlled by the waving palms. Besides its deep natural romance, the city has played host to some of music’s most famous live moments, classic venues and of course…The Fat Man. We would only come in contact with one of the aforementioned amenities in The Fillmore, and it would prove to be our last 3 night run there, making it a very special weekend at this institution of rock and roll. Read on for more…

Just one week from today the Langerado Music Festival kicks off at Big Cypress in the Florida Everglades. I’ve attended the last two Langerado festivals, but this year’s lineup takes things to a new level. As someone who doesn’t get to many festivals, I think the best part of going is the enjoyment I get from checking out artists I haven’t seen before. Here’s the second part of my list of ten bands I’m excited to see for the first time at Langerado:

1. The Avett Brothers – North Carolina’s Avett Brothers play deeply spiritual music that seems to appeal to a diverse range of music fans. The songs that Seth and Scott Avett write are gritty tales of life played on basic acoustic instruments. Their most recent release, Emotionalism, shows the wide range of styles in the fellas’ music. Within one song on the album you may hear elements of Calypso followed closely by a bluegrass stomp. I’m very interested to see how they pull of this melange of styles live. Read on for more on the Avetts and four other bands….

We were very impressed when the initial Bonnaroo lineup surfaced a few weeks ago. Now we’re feeling down right fluffy after hearing about the first two acts who are set

Pullin’ ‘Tubes: The Birth of Epic

When I looked at the date this morning I got a reminder of just how quickly time passes. Can you believe it’s been five years since the boys in Phish